E! Special: Aaron Aziz (premieres 7 July, 8.30pm MY)
How did an unknown waiter from Singapore become one of South East Asia’s biggest, brightest stars? In this special, E! gains exclusive access to the life of the dishy Aaron Aziz and charts his meteoric rise in showbiz. But what lies beneath are revelations about his difficult childhood and a tragic death. So grab your all-access pass to Aaron’s ra gs-to-riches story. It will inspire, encourage and move you deeply as he reflects on his rocky road to stardom. 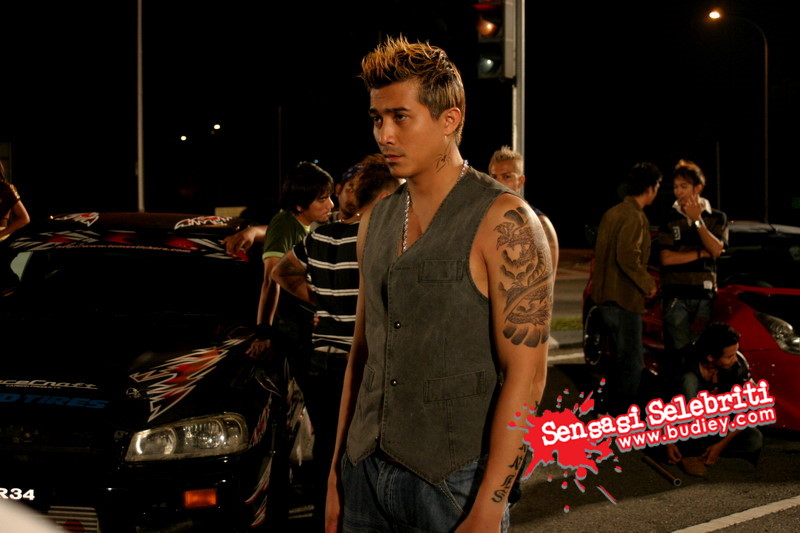 The Wanted Life (Premieres August 2013)
Grab your all-access pass to the very chaotic lives of UK pop band The Wanted as they descend on Los Angeles for the first time to work hard and play even harder. Watch as they attempt to juggle the limelight and their personal lives. Whether it is meeting Michelle Obama and performing at The White House, shooting a music video for their latest hit “Walks Like Rihanna,” or living through the prospect of losing a member, The Wanted prove that the power of five is unbreakable.

Kimora’s House of Fab (Premieres September 2013)
Kimora’s latest docu-series pulls back the curtain for a no-holds barred look into what goes on in the offices of fashion industry’s fast-rising gem, JustFab. A go-to online platform for high fashion looks at affordable prices, who better to take the reins as President and Creative Director than model and style mogul Kimora Lee Simmons? But to take the company to the next level of fabulosity, she will need the help of the JustFab staff – a bunch of style-savvy, colorful characters who might just outdo Kimora with their larger-than-life personalities. In the words of Kimora herself, “no one said being fabulous is easy.”

Live from the Red Carpet – Emmys (Live in September 2013)
Mark the date on your calendar and sign up for your exclusive insider’s pass to all the action with E!. Hold your breath together with the nominees as the winners are announced, admire their stunning ensembles on the red carpet, and enjoy every single thrilling moment of television’s most important night – right in the comfort of your very own living room.

My Kitchen Rules (premieres July 2013)
Instant restaurants and rapid cook-offs – the pressure never cools on My Kitchen Rules. And things are heating up more than ever with a brand new season of unexpected twists and uninvited guests. Join in and watch teams of food nerds, hipsters and former beauty queens display their chops to come up tops in this reality series that will leave you hungry for more.

The Face (premieres August 2013)
Sharpen your stilettos and bring on the poses! Its officially war as 12 girls – with help from supermodel coaches, Naomi Campbell, Karolina Kurkova and Coco Rocha – go through a series of photo shoots and runway shows to keep from getting eliminated. Hosted by fashion photographer Nigel Barker, The Face takes you deep into the scintillating world of fashion. So grab your front seats, but keep a safe distance. Because when a bevy of beauties slug it out, you can bet the results are anything but pretty!

Supermodel Me (end 2013)
International Emmy nominated reality-competition series, Supermodelme, is Asia’s first and only multi-platform, reality-based entertainment programme, available across TV, the Internet and on Mobile. Not your average modeling contest, Supermodelme promises to offer a sneak peek into the cutthroat antics behind the allure of the fashion industry. This action-packed reality series features 12 aspiring Asian models going head-to-head through a series of physically and mentally grueling challenges – each vying for a chance to kick-start her modeling career. Now in its fourth season, Supermodelme will up the ante and showcase a highly stylized and inspiring series with 12 Asian models vying with one another through a series of physically and mentally gruelling challenges for the cash prize of $35,000.

Resident Judge and host, supermodel Lisa S will have E! Asia host, Dominic Lau, and Singapore-born, Thailand-based model and actress Ase Wang on the panel this season to mentor the models and prepare them for international stardom. Guest judge Jenny Shimizu, an American model and actress, will also provide industry tips and expert advice for the models.