The team led by THR Raaga’s announcer Kavimaaran emerged as champion of the ‘Raaga Futsal Tournament’. Organised by THR Raaga, all the participants were clad in Vesti (Dhoti) during the tournament. 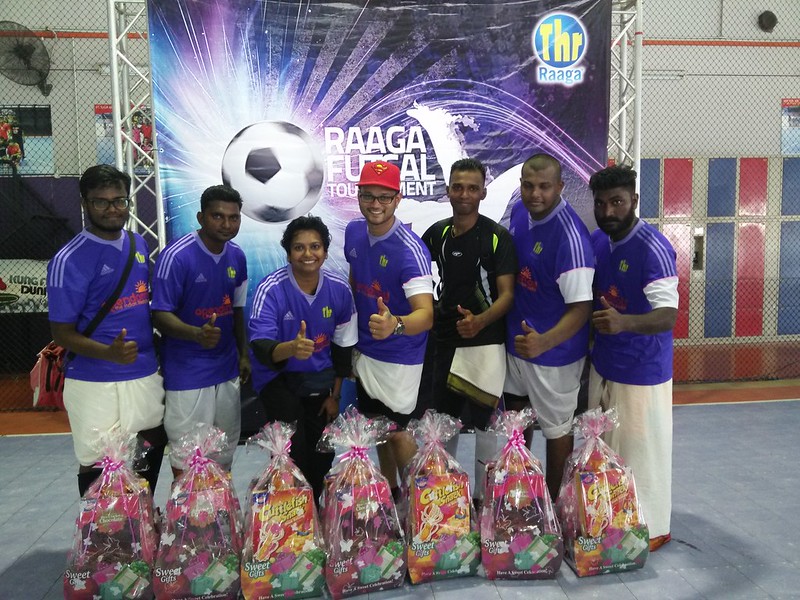 ‘We are extremely happy with the 150 entries, whereby 16 teams were selected to compete in the tournament’, said Content Manager of THR Raaga, Subramaniam Veerasamy. In line with THR Raaga’s aspiration to encourage the community to further appreciate our culture, we thought it would be great to put together a match where futsal and Vesti (Dhoti) meets”.

The teams were selected based on entries via THR Raaga’s website and subsequently shortlisted to 16 teams out of 150 entries by the organiser after the filtration process.

All participants received a jersey and hamper as a token of application for participating in the tournament. 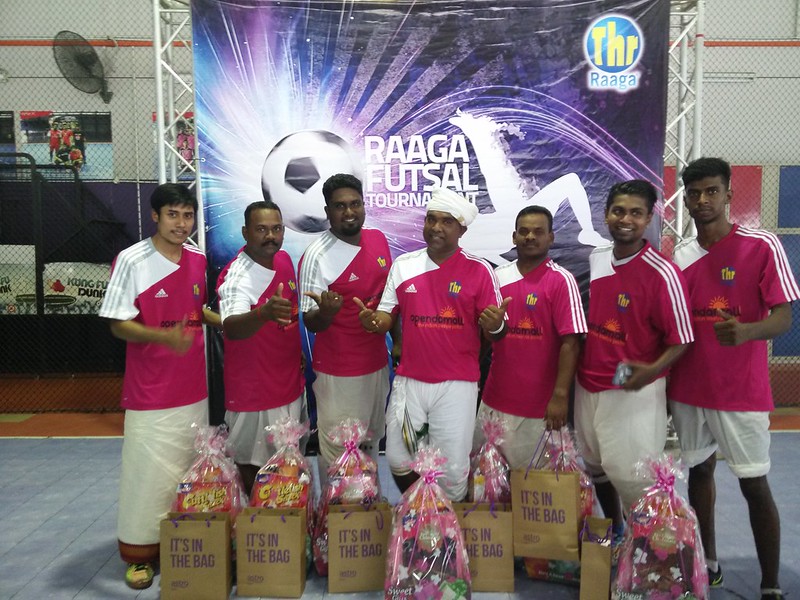 About THR Raaga
As Malaysia’s undisputed #1 Tamil radio station, THR Raaga offers the hottest Indian music to the urban Indian demographic across the west coast of Peninsular Malaysia. Featuring magnetic on-air personalities, THR Raaga champions the very best of Malaysian Indian music to listeners ten years of age and above. The one-stop hub to get the latest scoop on all things Tamil including Kollywood film and entertainment, the station has garnered up to 2.0 million listeners to date.

Broadcasting daily from 6am to 2am, this vibrant station and its multi-talented crew stir up the funnies through segments like Ithu Eppadi Irukku while Inimai @ Raaga gives listeners the opportunity to request for their favourite love songs via fb.thr.fm and www.raaga.thr.fm. THR Raaga is also committed to reaching out to the underprivileged such as book donation drive and visiting the orphanages. Besides directly contributing to the community, the station helps spread awareness about the needs of the underprivileged, making THR Raaga a station with not just big personalities but a big hear too!