U Mobile Sdn Bhd, the telco with the fastest network in Malaysia drew its ‘Power Up for Pokémon Go’ campaign to a close with the announcement of the ten (10) U Mobile users who have won a brand new iPhone 6s each. 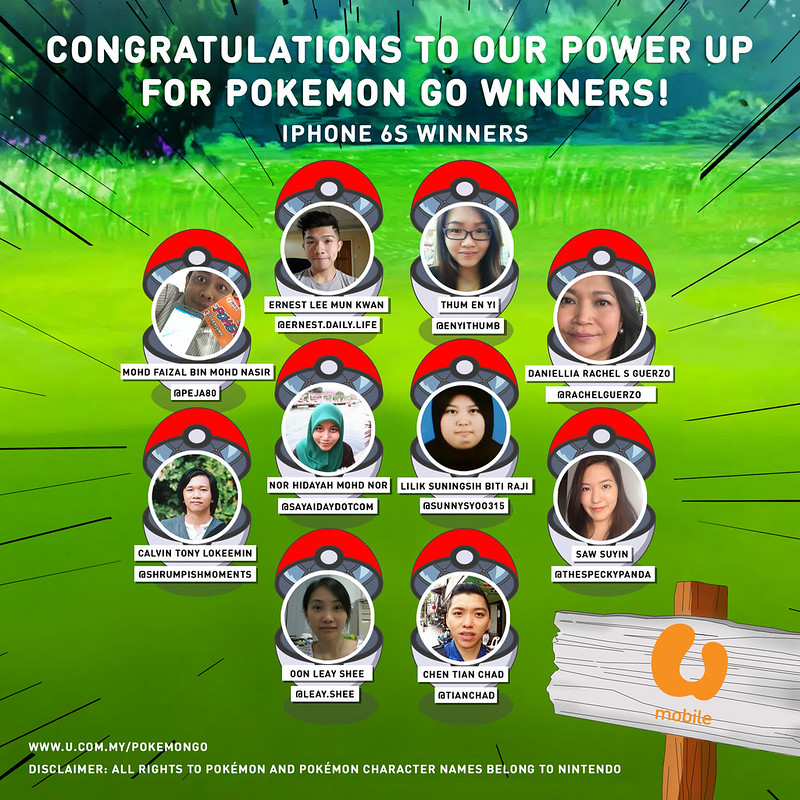 The contest, which was run on social media, called for Pokémon trainers to post screenshots of captured Pokémon of the day together with a creative caption on why they wanted to ‘power up Pokémon Go with U Mobile’.


Apart from ten (10) iPhone 6s, U Mobile also gave away RM42, 000 worth of postpaid and prepaid credits as well as powerbanks to 35 winners daily during the campaign period.

More From: U Mobile