Logitech and Michael Coppel are proud to present Katy Perry as she sets off on her biggest world tour yet, bringing The California Dreams Tour to Australia this autumn!

New Zealand’s Zowie is on the ascent. With her song ‘Bite Back’ all over Triple J and Channel V, and fresh off touring Future Music Festival and shows with Mark Ronson and The Business International, Zowie is winning people the world over with her unique take on alt pop.

Since her 2008 breakthrough with the massive smash hit ‘I Kissed A Girl’ which spent six weeks at the top of the ARIA chart, Katy Perry has continued to top charts around the world. Lifted from her debut album ‘One Of The Boys’, the album is also home to hit singles, ‘Ur So Gay’, ‘Hot N Cold’, ‘Thinking of You’ and ‘Waking Up In Vegas’.

The Brisbane Entertainment Centre (BEC) is a centre, located in Boondall, a Brisbane City suburb, in Queensland, Australia.

The arena has an assortment of seating plans, which facilitate the comfort of its users, subject to performance. Specific seating plans usually are allocated, depending on the performance and the size of its audience. The general seating arrangements are end stage mode, “in the round” and intimate mode, which only uses half of the arena. 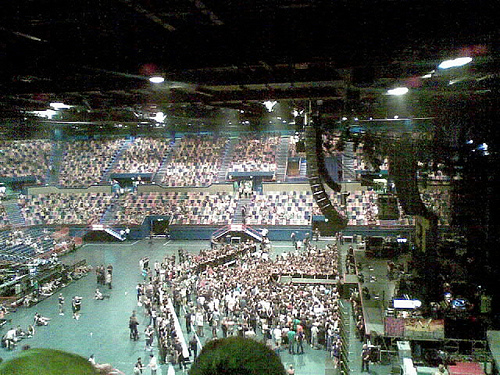