Get swept up by the unstoppable Japanese wave as dimsum adds more J-pop series to its library this month, including the close release and premiering of Crisis – Special Security Squad now available in full episodes and the coming Crime Syndrome.

• CRISIS – SPECIAL SECURITY SQUAD: “Detective Conan” Shun Oguri and Hidetoshi Nijishima first joint performance in this “off-the-scale” action drama. The story focuses on two members in the Special Investigation Team: Akira Inami (Shun Oguri) who was emotionally scarred by a special mission previously; and Saburo Tamaru (Hidetoshi Nijishima) who was transferred there after an “incident”. Together, they tackle important political matters and dirty jobs for the government.

Beginning this week or over the next few weeks, these Japanese series will be premiering in Malaysia on dimsum:

• CRIME SYNDROME: Close Release with Japan featuring 2 seasons, with 8 episodes in Season 1 and 4 episodes in Season 2. In Season 1, the story follows Takashi Muto (Tetsuji Tamayama), a former police detective whose younger sister was killed but the murderer, a minor escapes punishment, urging him to take revenge in his own hand. However, before he can do so, the murderer commits suicide. Realizing that hatred can ruin his life, he decides to quit his job and helps the police to solve cases with “illegal” methods. Season 2 focuses on Mamoru Kaburagi who used to date Muto’s sister. Unlike Muto, he falls into revenge hell while he and Muto clash over their views about revenge. 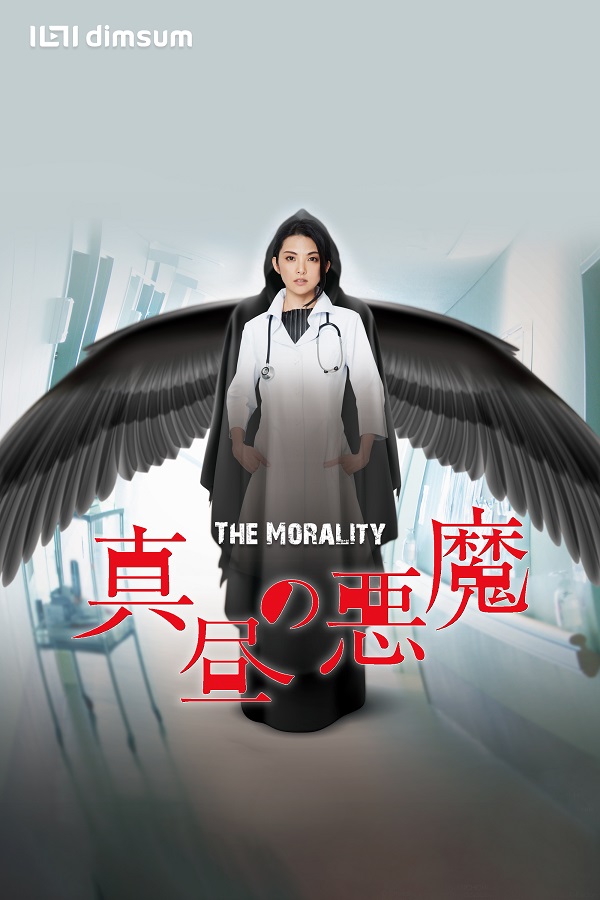 • THE MORALITY: The series is a novel adaptation led by Best Actress Rena Tanaka. A young aspiring writer, Masato Nanba (Aoi Nakamura) is rushed to a hospital for appendicitis. There, he is treated by a beautiful surgeon Yoko Okouchi (Rena Tanaka) and Masato is glad to be looked after by Yoko. But he is unaware that behind her cheerful and kind mask, Yoko is a cold and emotionless person. This is just the opening to great despair and destruction for Masato, along with other unexplained accidents in the hospital…

• TEN DARK WOMEN: A dark humour film about a married television producer who has a beautiful wife and nine mistresses. Kaze Matsukichi is a philanderer. His wife, Futaba and other mistresses have an inkling about each other’s existence, thus they plot to murder him. His wife informs him on the plot and together, they fake his death at a meeting of all ten women using a pistol loaded with blanks and a tomato. Later, the mistresses regret of the killing and one of them commit suicide. However, they are furious when they find out that he is not really dead, and decide to kill him again. 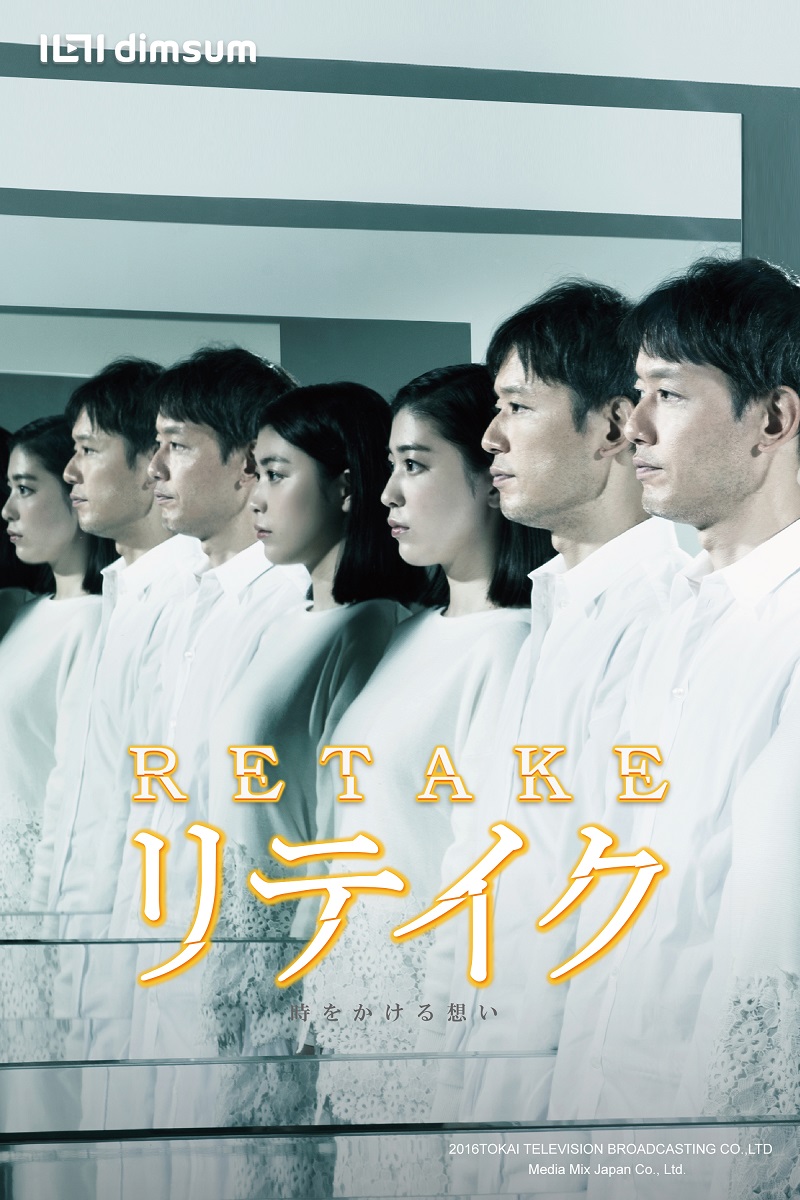 • RETAKE: “What would you do if you could travel back in time and un-do what’s been done?” is the ultimate question waiting to be answered in each episode throughout the series. The story follows a group of time travellers from the future and those whose mission is to keep close watch on them. Shinji Aratani (Michitaka Tsutsui) works as the Chief of Registry Supervision Division at the Ministry of Justice. Although his position seems to carry no importance to others, but his true job is a secret. He carries out a top-secret mission to isolate time travellers, who have come from the future, in a special residential district and keep them under observation. Little does he know that these time machines are not perfectly made, so the time travellers are unable to return to the future once they come to the present…

• DOCTOR CAR: A comedic drama about a doctor car, which unlike an ambulance, is an emergency vehicle that has a physician riding to scenes. Tendo Ichika (Ayame Gouriki) is a single mother of a 5-year-old child and a new doctor of a general hospital’s doctor car medical team. But she met with hostility from Asagi Yusuke (Shunsuke Nakamura), the only son of the hospital’s director who thinks that the doctor car is an expensive junk and plots to get it scrapped.

• MY DANGEROUS WIFE: Known by the J-drama fans as the unofficial remake of psychological thriller movie “Gone Girl”, the series features 2016 Best Supporting Actress Kimura Yoshino, Ito Hideaki, Aibu Saki and Asaka Kodai. In this gritty crime thriller, Ito Hideaki plays a cheating husband, Kohei Mochizuki who is married to a beautiful, rich wife. Tired of having to do things to please his overly-controlling, manipulative wife Maria (Yoshino Kimura), he plans to kill her with his lover, Anna Kitazato (Aibu Saki). Unexpectedly, he comes home to find Maria has gone missing, with bloodstains on the floor. Kohei then becomes the suspect in her possible murder but he soon learns the truth of who Maria really is.

• SLIGHT FEVER OF 100C ~ ISLAND BREEZE OF LOVE: A present day Cinderella story, set in the Awaji Island for all those who experienced earthquake disasters. Chinami Ezaki, an island resident, is experiencing several turns of events in her life. She finds out that her boyfriend and hopefully fiancé has been cheating on her. On top of that, she loses her job. When in the depths of despair, a young man she meets at the beach asks, “Would you like to work for me?” He turns out to be the son from the prestigious Igarashi family, and has moved to the island for the sake of his sick mother. And the work he offers to Chinami is going to draw them to each other… Starring Airi Taira, Sho Aoyagi and Kaname Endo.

Other highlighted series not to be missed this month include the multiple award winners and the highest rated TVB series of the year, Line Walker and one of the sweetest Chinese drama in 2017, Love Just Come.

• LINE WALKER: Received overwhelming critical acclaim particularly for the suspenseful plot, buzz-generating episodes, performances by the casts, and direction. The drama follows the lives of undercover police agents that must live a double life in secrecy. Not knowing when they can return to their normal life they endure the constant fear of being uncovered by those they are assigned to infiltrate. But their lives are also put in danger when it is discovered that there is a mole within the police who works for the criminals. The series assembled a stellar cast including Michael Miu as “Cheuk Sir”, Charmaine Sheh as “Ting Siu Ka”, Raymond Lam as “Bao Seed”, Sharon Chan, Sammy Sum and Benz Hui as well-liked character, “Foon Hei Gor”.

• GILDED CHOPSTICKS: Set during the reign of the Yongzheng Emperor in the Manchu-led Qing dynasty, the story is inspired by Jin Yong’s wuxia novel “The Deer and the Cauldron” and led by popular host-singer-actor, Wong Cho Lam. The serial follows the adventures of a lazy but gifted “golden-tongued” Ko Tin Po (Wong Cho Lam) who can easily distinguish between good and bad dishes. By chance, he comes across and befriends Yinzhen, the Fourth Prince (Ben Wong) who invites him to be his imperial chef. During the imperial struggle for the Qing throne, he unexpectedly becomes Yinzhen’s lucky star and helps him to win the battle again and again. However, a marriage contract seems to change Tin Po’s good luck… 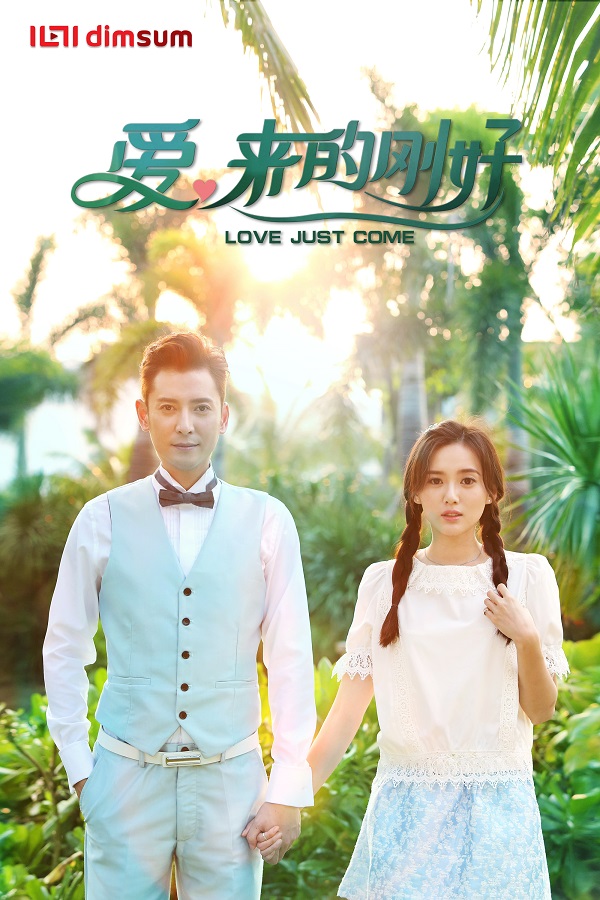 • LOVE JUST COME: How far can a perfect sense take you? Meet Qing Ling (Jiang Kai Tong), a cheerful and dreamy young woman who grew up in an orphanage. With her absolute sense of smell, she starts to develop perfume and dreams of becoming a successful perfume maker. The urban romance story follows the adversities she faces on the road to pursuing her dream, during which she meets Duan Tian Lang (Han Dong) and falls in love.

• GOLDEN NIGHT: China’s first situation comedy variety show which is hosted by famous modern dancer, choreographer and talk show anchor Jin Xing. Set to the nostalgic scenes of Shanghai, comedy actors will be invited to give hilarious acts about the lives and emotions of ordinary people.

dimsum is currently available in Malaysia and Brunei, now supports Chromecast and AirPlay for subscribers to binge-watch all on TV, with subscription priced at only RM15 a month. Download dimsum app today from Apple App Store or Google Play Store or stream directly from dimsum.my. All new subscribers will enjoy 30 days of free access to stream the best of Asia. 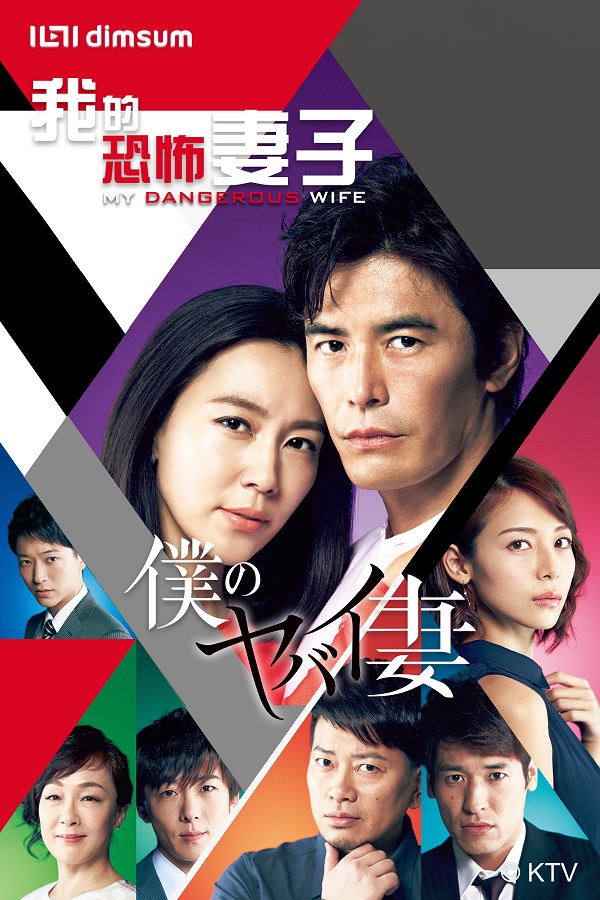