8TV’s Best of The East will once again bring yet another mind-blowing Korean drama series in March. The phenomenal drama series – My Love From The Star – is sure to bring thrill and excitement into viewers’ homes every Monday to Friday at 8.30pm beginning 18 March 2015 on 8TV.

The new drama series is expected to create an excitement among South Korean drama fans who are eager to watch the love story of Do Min-joon and Cheon Song-yi, starring Kim Soo-hyun and Jun Ji-hyun.

However, this drama begs to differ from the rest with its unique plot and storyline which catapulted it to fame in South Korea and across Southeast Asian countries.

The series which is said to be South Korea’s No. 1 romantic-comedy hit for 2014, tells the story of a cold-hearted alien Do Min-joon (Kim Soo-hyun) who was left behind on Earth for more than 400 years since the Joseon Empire era. 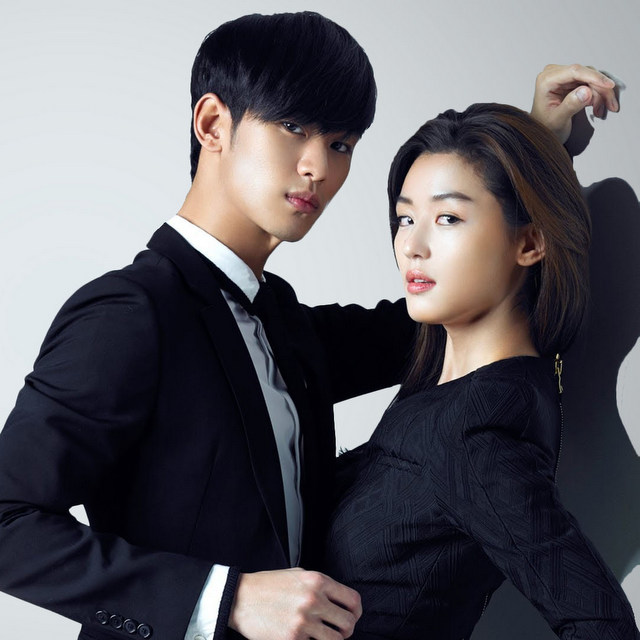 Do Min-joon who only has three months left before returning to his own “star”, meets a selfish but lovable actress Cheon Song-yi (Jun Ji-hyun) who resembles a girl whom he saved during the Joseon era, about 400 years ago. With this accidental meet-up, Do Min-joon wish that he could be just an ordinary man.

Cheon Song-yi is a top actress who is selfish and behaves like a diva. However, behind this loathsome exterior of Song-yi lies a real gem and a kind heart who often prioritises the welfare of her family.

The story starts when Song-yi moves into the home next to Doo Min-joon’s. However, due to Song-yi’s unbearable behaviour, Doo Min-joon would choose to stay away from her. Things become worse when Doo Min-joon who works as a college lecturer finds out that Song-yi has submitted an assignment she copied from someone else.

Both of them end up quarreling over various matters until Doo Min-joon had to become Song-yi’s manager. Soon, they end up falling in love with each other.

Meanwhile, Jun Ji-hyun who takes on the role of Cheon Song-yi has not only earned praise from viewers but also the industry people including fashionistas with her outstanding acting skills and bizarre apparels that contributed to the success of her character. The apparel and accessories worn by her in the show also caught the attention of many and were sold out like hot cakes in the marketplace.

With Song-yi’s eccentric and berserk character as well as Doo Min-joon’s serious and cool character, this couple managed to capture and won the hearts of audience as well as create a large following of fans.

Starring Kim Soo-hyun, Jun Ji-hyun, Park Hae-jin, Yoo In-na, Ahn Jae-hyun, Shin Sung-rok and many more, My Love From The Star is a MUST-WATCH drama that should not be missed!

This also appears to be the most expensive drama with each episode costing USD 35,000. Furthermore, this series is infused with songs by popular South Korean artistes such as Hyorin (Hello, Goodbye), Lyn (My Destiny), K.Will (Like A Star), Huh Gak (Tears Like Today) and also Sung Sikyung (Every Moment Of You), so it is not surprising why this drama became a hit and spread the ‘Doo Manager’! fever.

My Love From The Star is aired on the Best of The East slot from Monday to Friday at 8.30pm.

8TV is available on Channel 708. You can catch your favourite 8TV shows on www.tonton.com.my.