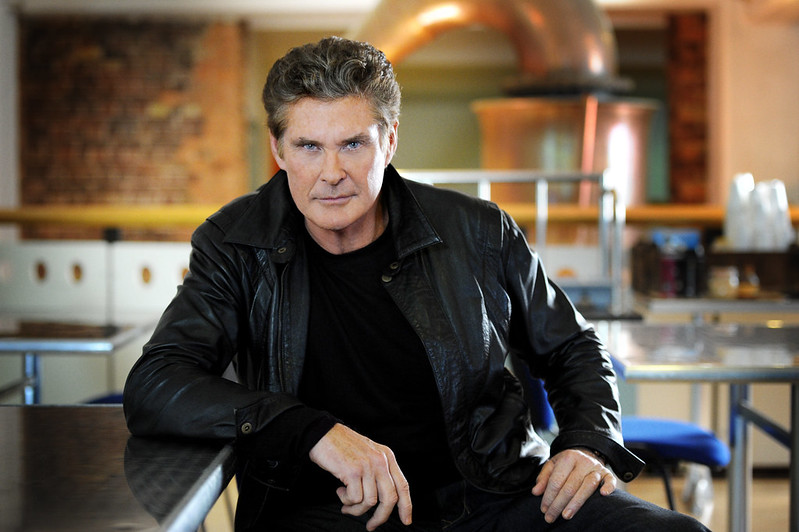 Following his stint as a dishy Baywatch hunk and other career highlights coupled with his real-life drama, it’s almost too easy to roast Hasselhoff. From running in slo-mo on the beach to inspiring Germany with the power of cheesy pop, Comedy Central Roast of David Hasselhoff is proof that some cheeses age better with time.

Roastee Hasselhoff said, “I have always been a major fan of Roasts… bring it on! I’m ready to take the heat.” No life preserver can save him now!

The heat is turned up a notch higher as Hasselhoff – complete with a previously unknown German son and an oddball entourage arrives in the U.K. to try and reignite his career in excruciatingly funny, semi-improvised comedy Hoff The Record.

Shot in documentary style, this hilarious series follows Hasselhoff, 30 years after he rose to fame with global hits Knight Rider and Baywatch. After five divorces and some misguided professional decisions, The Hoff is in the U.K. ready to star in a new independent film that could reboot his career. But alarm bells start to ring when he gets the low budget treatment on arrival from the U.S.

After a series of on-set clashes, it’s soon clear that the director has a very different vision for the project, and The Hoff tasks his manager with finding him something more worthy of his talents. As his attempts at everything from fronting a charity to becoming a global peacemaker fall into disarray, tune in to find out if The Hoff can get his career back on track and make sense of his increasingly surreal life. Season 2 of Hoff The Record will premiere on Comedy Central on Wednesday, 20 July at 8.25pm (TH/WIB), 9.25pm (HK/PH/SG/TW) and 10.25pm (MY).

Tweet it: It’s time to hassle The Hoff as @comedycentralas premieres “Comedy Central Roast of David Hasselhoff” and “Hoff The Record” this 29 Jun!