From growing pains to the awkward things parents/kids put us through, Comedy Central takes you on a fun ride as we bring to light how different DYS-FUN-TIONAL growing-up can be between Asian and Western families through comedies The Goldbergs and The Family Law airing in Asia in March.

The Goldbergs is inspired by writer and executive producer Adam F. Goldberg’s own experiences as the youngest child in a boisterous but loving household. On Sunday, 12 March from 11am (TH/WIB), 12pm (HK/PH/SG/TW) and 1pm (MY), catch up on some of the season one episodes of The Goldbergs and enjoy a sneak peek of the brand-new family comedy – The Family Law.

The Family Law is a coming-of-age story told through the eyes of teenager Benjamin, as he navigates growing up amidst the chaos of his hilarious and heart-warming family. It premieres on 14 March, Tuesdays at 8.20pm (TH/WIB), 9.20pm (HK/PH/SG/TW) and 10.20pm (MY). View/embed the trailer HERE.

Every Friday, from 17 March to 17 April, fans can share their family shenanigans as seen on The Family Law on Comedy Central’s Facebook page at www.facebook.com/ComedyCentralAsia.

The Goldbergs
Before there were parenting blogs, trophies for showing up and peanut allergies, there was a simpler time called the ‘80s. For geeky 11-year-old Adam (Sean Giambrone) these were his wonder years and he faced them armed with a video camera to capture all the crazy happenings in his surroundings.

The Goldbergs are a loving family like any other, just with a lot more yelling. Mum Beverly (Wendi McClendon-Covey) is a classic “smother,” an overbearing, overprotective matriarch who rules this brood with 100% authority and zero sense of boundaries. Dad Murray (Jeff Garlin) is gruff, hot-tempered and trying to parent without screaming. Sister Erica (Hayley Orrantia) is seventeen, hot, terrifying and not one to mess with. Barry (Troy Gentile) is sixteen, an overly emotional teen with severe middle child syndrome. Adam is the youngest, a camera-wielding future director who’s crushing on an older woman.

Rounding out the family is beloved grandfather Al “Pops” Solomon (George Segal), the wild man of the clan, a shameless Don Juan who’s schooling Adam in the ways of love. When Pops buys a new sports car and offers his Caddy to middle child Barry, it’s enough to drive this already highly-strung family to the brink of chaos.

At the end of every episode, the REAL Adam Goldberg shows actual home video footage from his childhood that correlates to the episode of the week. 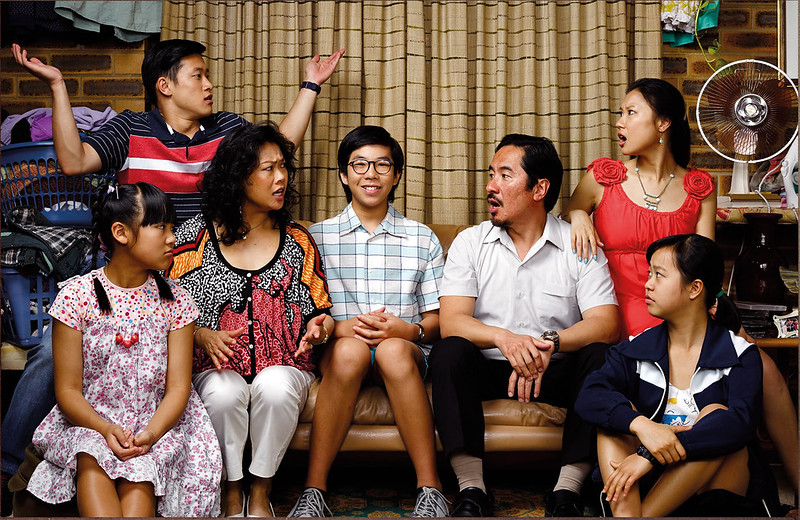 The Family Law
Welcome to The Family Law, the story of a sprawling Chinese-Australian family of seven who are unlike any you’ve ever met. And yet, they may also be disturbingly familiar.

Based on the hit memoir of the same name, The Family Law is a comedy series set on Queensland’s Sunshine Coast over one hot summer.

We follow Benjamin as he strives for mainstream stardom whilst trying to stop his parents, Jenny and Danny, from splitting up, usually with disastrous results. As the summer progresses, tensions between family members build and occasions that should be cause for celebration become memories they’ll never forget. An end-of-year school talent quest ends in an attack by avian life; Christmas sees the arrival of an unwelcome visitor who is not Santa; an outing to the zoo ends in possible kidnap; an eighteenth birthday becomes an exercise in humiliation and we haven’t even gotten to the wedding anniversary!

Equally hilarious and heartbreaking, The Family Law is a new spin on the family comedy. This is a show about sabotaged expectations, growing pains, finding your place in the world and the strange combination of affection and embarrassment we often feel towards the people we’re supposed to love the most: our family.