SEASON 4 COMING TO YOU ON 8TV!

Have you got the eye for fashion and a passion for haute couture? Wonder what it takes to be a top fashion designer in the cutthroat fashion industry? Put everything aside and tune in to 8TV for the fourth season of Project Runway every Thursday at 10.00pm starting 2nd July 2009 and get a dose of the crazy drama-filled competition!

“The contestants this season are crazier than ever! Their creations are more intricate and over the top in a good way, which makes the competition much tougher for the contestants,” says Ms. Lam Swee Kim, 8TV’s General Manager.

“These designers go head to head to prove their ability while stirring up some good reality tv drama! To all the fashionistas, don’t miss your chance to watch this show!,” adds Kim.

Like the previous seasons, the competition begins with 12 designers where one gets eliminated weekly based on the judges’ evaluation. Unlike the previous seasons, this seasons elimination goes down to four designers at the end of the show where these four are required to prepare a collection for Fashion Week but only three is chosen to compete with each other and display their best designs on the runway show at the New York Fashion. The winner is then chosen following their display at the fashion show.

Each episode of the show features a challenge where the designers are required to create one or several pieces based on their own original ideas to be presented at a runway show for the judges to evaluate.

The highlight of the challenges includes making a garment using non-traditional materials such as food items or recyclable materials, creating a garment for a high profile person such as actress Brooke Shields and figure skater Sasha Cohen, coming up with designs for a corporate fashion line such as Diane Von Furstenberg or Banana Republic and producing a design centered around a specialized theme such as ‘prom night’ or ‘wedding gown’. 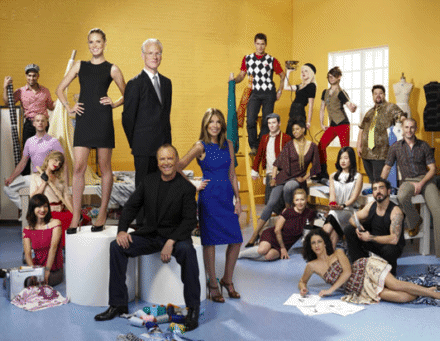 The stress and pressure from every challenge with the limited amount of time is one of the reasons why politics in the workroom arises. This show is filled with non-stop arguments and backstabbing between the contestants.

Now, you can also catch your favourite 8TV programme on the go, simply log on to www.mobile.8tv.com.my on your mobile phone and enjoy!