Jed Madela is a Filipino recording artist and TV host. His hit songs include “How Can I Fall”, “The Past”, “Love Always Finds a Way”, “Let Me Love You (From The Bottom Of My Heart)” and “I Don’t Wanna Miss A Thing.”

Jed Madela, born into a family of 5 in Iloilo, Philippines, is the son of JC Roy Tajanlangit, a choirmaster, and Agnes Tajanlangit.

Jed’s professional singing career began as the front man of Prime Council where he honed his voice to perfection, performing a wide range of repertoires for long hours. Together with the band, Prime Council, he shared the stage with singer Aaliyah Parcs and Kulay’s former member, Radha.

It was in one of their gigs in Manila that caught the attention of Philippines’ largest music label Universal Records. That night, Jed was instantly offered an exclusive artist contract with Universal Records. And as the saying goes, the rest is history.

Often referred to as “The Voice” and “The Singer’s Singer” by the media, Jed Madela is one of the best male singers Philippines has ever produced. Jed made waves during the 2005 World Championships of the Performing Arts (WCOPA) in Hollywood California where he single- handedly won all major industry awards, ie 6 gold medals for all the 6 categories he joined in World Star Trophy, and the most coveted and ultimate title “Grand Champion Performer of the World”, the first Filipino to win the title. He bested over 3,000 contestants from 52 countries to win the grand prize.

Jed has released six albums to date. His debut album “I’ll Be Around” includes “Let Me Love You”. His second album “Songs Rediscovered” was certified Double Platinum, while his third album “Only Human” also went Platinum. He also released a Christmas CD “The Voice Of Christmas” in 2007, which went Gold. His fifth CD “Songs Rediscovered 2: The Ultimate OPM Playlist” was again certified Platinum.

Jed is now a mainstay of ABS CBN’s Sunday noontime show A.S.A.P. Rocks and he is currently enjoying sell-out concerts in the Philippines and around the world. 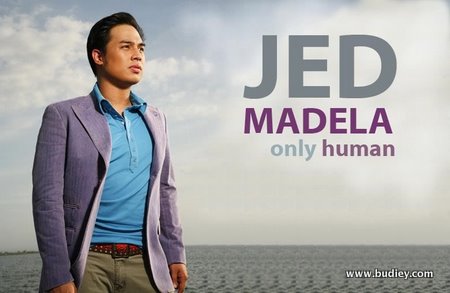