Do you think you’ve got the skills to help make one of 2017’s biggest music events? Well here’s your chance to come and prove it! We’re very excited to roll out the 4th instalment of MTV Breaks activation at the MTV EMA 2017. Last year, one of the opportunities was for a Snapchat Producer and the selected candidate from Indonesia got to fly to Rotterdam to be part of the on-ground social media team! 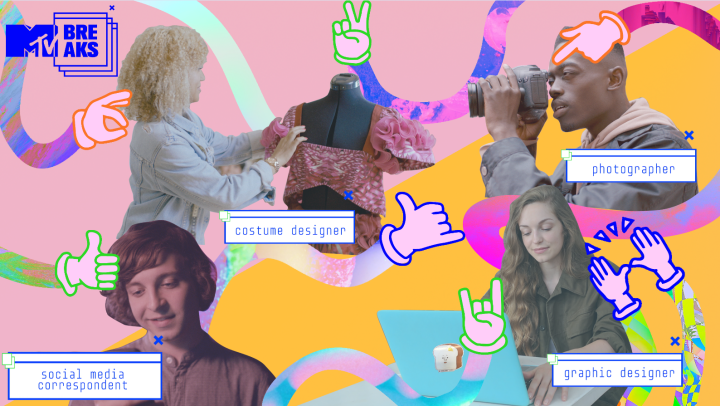 This year, the MTV EMAs will be heading to London for what’s looking like their biggest show yet, and MTV Breaks is offering big ‘breaks’ to four talented fans around the world* to be a:

On top of getting the chance to showcase your talent at the MTV EMAs 2017, each winner will get:
– An awesome industry mentor to provide support during the event, and exclusive follow-up sessions with them afterwards
– Their work seen on MTV
– Travel to London and accommodation

MTV fans can apply by posting an image or video to Instagram tagged with specific hashtags – find out more on MTV Asia about each opportunity! Do remember to set your account to public and we will select a shortlist for round two before getting in touch for next steps.

Entries close on 22 September so be quick if you want to join MTV Breaks in London this November! Terms and conditions apply!

*In Asia, this initiative is open to fans in the following countries only: Singapore, Indonesia, Malaysia, Philippines, Vietnam and Thailand.

MTV and youth employment
In the broadest global study conducted with the millennial generation, “The Next Normal: An Unprecedented Look at Millennials Worldwide”, it was revealed unemployment outweighs world hunger as the top global issue that young people want to see solved.

Hence, much more than a one-off event, MTV Breaks is the new umbrella brand for all content and initiatives from MTV intended to address the issue of youth employment, including a variety of apprenticeships and paid internships that it offers in key markets around the world.