Just when you thought their exclusive Star Wars combo was exciting, GSC (Golden Screen Cinemas) is offering more Star Wars: The Force Awakens limited merchandise worth more than RM20,000 in total that you simply must not miss, especially if you are a fan of the Dark Side!

Beginning from December 17 till December 30, 2015, GSC, Malaysia’s leading exhibitor, is giving away the following every day for the next 14 days! 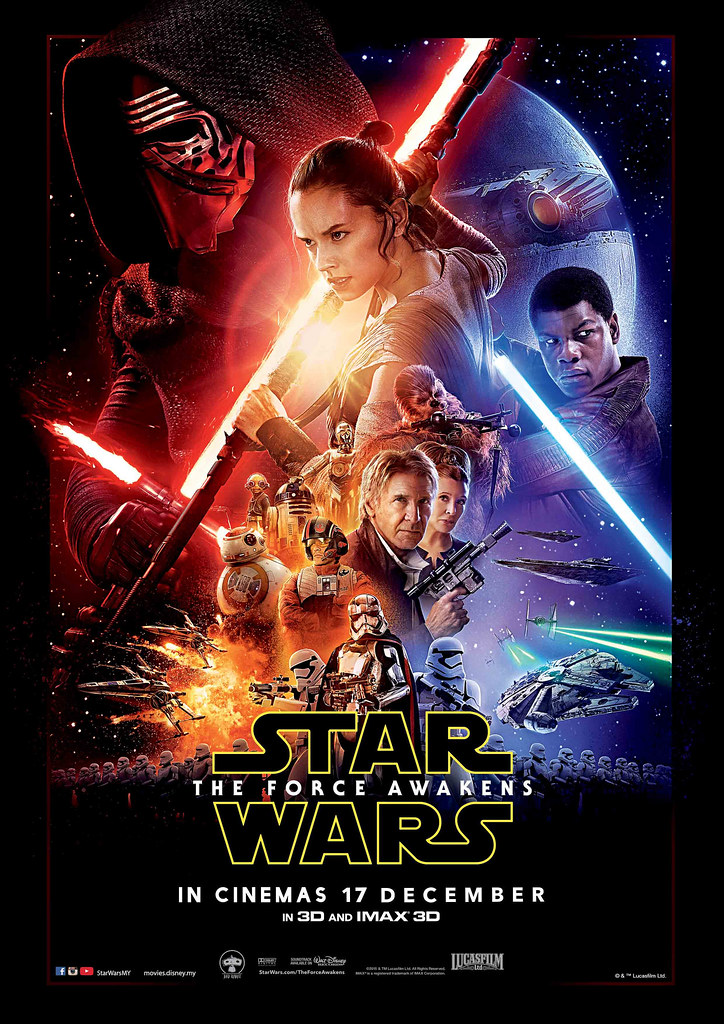 • ONE Star Wars The Black Series Electronic Voice Changer Helmet (worth RM 377.90 each)
This means, 28 lucky GSC movie-goers will walk away with either limited edition Kylo Ren merchandise!

To be one of the lucky 28 winners, you only need to complete these four simple steps!

Step 1: Take a photo of your Star Wars: The Force Awakens ticket, ticket stub or e-ticket
Step 2: Post it on Instagram or Facebook
Step 3: Write a Star Wars worthy creative caption with 20 words or less
Step 4: Include the hashtag #TheForceIsStrongWithGSC

Ever since movie fans were introduced to the epic space saga franchise in the late 70s, there have been numerous collectibles and merchandise for sale which are must-haves by die-hard fans, and the limited edition Star Wars The Black Series Kylo Ren Fore FX Deluxe Lightsaber with metal hilt and the Star Wars The Black Series Electronic Voice Changer Helmet are certainly on the list.

Awarding the die-hard fans with these limited edition collectibles is part of GSC’s way to enhance the Star Wars: The Force Awakens movie experience, making it all the sweeter for the fans. In fact, the cinema chain looks forward to reading the submissions from the many passionate Star Wars fans out there and rewarding the most creative captions! Even if it is submitted by a Jedi!

Fans who have not purchased the limited edition Star Wars: The Force Awakens Stormtrooper or Kylo Ren T-shirt can still do so at GSC concession stands nationwide. The combo which comes with one t-shirt of your choice, two regular soft drinks and one large popcorn is priced at RM30.00 in GSC West Malaysia, RM30.50 in GSC Signature @ The Gardens Mall and GSC East Malaysia and RM29.80 in GSC Lite.

Fans of the movie not only can enjoy this epic saga in digital 2D format, but the movie will also be available in:

For more details about the contest and the combo, please visit www.gsc.com.my. To avoid long queues, check out GSC e-Payment @ www.gsc.com.my or GSC Mobile Apps (iOS, Android, Windows Phone) to purchase your movie tickets and e-Combo.

Golden Screen Cinemas Sdn Bhd (GSC) is Malaysia’s leading film exhibitor and distributor, a wholly-owned subsidiary of PPB Group Berhad, a member of the Kuok Group. GSC has a total of 327 digital screens in 38 locations across Malaysia and Vietnam. In Malaysia, GSC operates 302 digital screens in 33 locations in major cities while GSC has 25 screens in 5 locations in Vietnam through a joint-venture. GSC strives to provide total movie entertainment in the best halls with the best customer service to deliver the best cinematic experience to our customers.