[dropcap]T[/dropcap]he expression “the world is her stage” means exactly what it says when it comes to singer, songwriter, musician, award-winner, Olympic torch-bearer, superstar of concerts, films and musicals, the multi-lingual, multi-talented Karen Mok.

Eurasian Karen, who has Chinese heritage but also Welsh, Iranian and German blood, is from Hong Kong by birth, but in reality she’s from everywhere. In a hugely accomplished career, Karen has repeatedly proved that she’s one of the most distinguished Oriental talents of her generation, but now she’s set to cross the bridge between east and west as never before, on her new album, and first English-language jazz recording, ‘Somewhere I Belong.’ 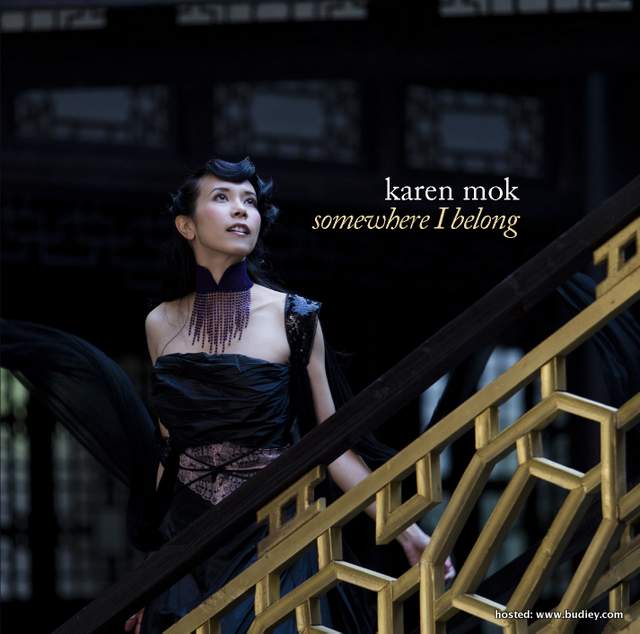 With Karen’s sophisticated approach and with her unique background, this is “jazz, but with a bit of a Chinese approach,” as she describes it. It features an eclectic selection of interpretations plus two Chinese songs (one traditional, one written by Mok herself). The broad palette of ‘Somewhere I Belong’ runs all the way from Cole Porter to Portishead, from Chris Isaak to Sting and from George Gershwin to the Beatles.

“Basically I locked myself in my room and started to imagine what songs I would really want to sing,” explains Karen, whose love of jazz dates from her university days, sparked by such vocal figureheads as Billie Holiday and Ella Fitzgerald. “It was quite tough just to choose ten songs. It’s a bit like when I do the set list for my own concerts, you want a nice mix. And yes, we even threw in a couple of Chinese songs as well.”

The track listing is as varied as the contents of Karen’s iPod. It also embraces pop era classics such s Chris Isaak’s ‘Wicked Game’ and Sting’s ‘Moon Over Bourbon Street,’ and songs that were already becoming standards long before World War II, such as Porter’s ‘Love For Sale’ and Gershwin’s ‘The Man I Love.’

‘Somewhere I Belong’ was recorded in Shanghai, “in an old, very organic studio, all wooden,” as Karen says. It also features her playing the guzheng, the traditional Chinese zither-like instrument she learned many years ago, notably on her imaginative cover of George Harrison’s Beatles classic ‘While My Guitar Gently Weeps.’

After deciding to interpret the song, Karen decided to go one step further and reinvent Eric Clapton’s famous guitar solo in the Beatles’ original. “I don’t play the guitar, but I do play the guzheng, so I thought, let me do my version of the guzheng gently weeping,” she explains.

“It turns out that when George Harrison wrote that song, he had just read the Chinese Book of Changes, I Ching, so he was suddenly into the balance of the opposites, and the forces that play against each other.Then everything fell into place, because that’s what the I Ching is about: everything happens for a reason, there’s always cause and effect, and nothing just happens for the heck of it. A bit like what’s happened to me in my life.”

And a jazz-tinged album with Portishead’s trip-hop favourite ‘Sour Times’ on it? You bet. “I thought, why not do something really funky and completely unexpected on a jazz album? The melody of ‘Sour Times’ just calls for it to be done in a jazzy way. I love that song, and there’s so much you can do with your vocals, it gives you a lot of scope. It’s a very alternative song, but somehow there’s something oriental about it, it’s eerie at the same time.

[pullquote align=”right”]Whatever the style, Karen was determined to make each song her own[/pullquote]

To reflect her roots and give the album even more Eastern promise, Karen knew she wanted to include two Chinese songs. “Back in the 1930s and ’40s, Shanghai was very happening, it was the Paris of the Orient,” she says. “They did their type of jazz with very typical Chinese melodies, and we had some really big divas from those days. So I redid a famous song called ‘Shanghai Nights,’ and that fits very well with the whole concept of the album.”

Whatever the style, Karen was determined to make each song her own. “There’s no point trying to copy something that’s already great,” she says. “I had a ton of fun, because you’re reinterpreting something in your own way and trying to make it new.”

Fluent in English from childhood, Mok first travelled to Europe when she visited Italy at 17, before studying Italian literature at university in London. She’s now married to a German, even if she jokes that she’s not quite as good at his language as she might be.

But her experience and familiarity with Europe developed at the same time as a remarkable career in the Mandarin music market. Her album catalogue now stretches to some 15 releases, and she became the first female artist from Hong Kong ever to win the prestigious Golden Melody Award in Taiwan. That’s nothing less than the equivalent of a Grammy, and Karen has won it three times, in 2003, 2008 and 2011.

When she was about to apply for a scholarship in the UK, the Chinese youth orchestra in which Mok had played guzheng were offered the chance to play a concert in Italy. She accepted, and went on to study there. “The school was in a castle, up on a cliff on the Adriatic Sea. Then I came to London and did Italian literature, and things just kept going.”

They did indeed. Mok went home when some of her vocal demos found their way to Hong Kong record companies, leading to a deal and her first album, in Cantonese, 1993’s ‘Karen.’ “Very soon, I got a phone call from a producer wanting to cast me in the next big Chinese New Year movie.” Her parallel life as a film star was about to begin.

“In the mid-’90s, there was one year where I was just doing films non-stop,” she recalls. “I did maybe seven or eight back to back, which was quite gruelling, but it was an experience. Soon after, I signed with Rock Records, based in Taiwan, who were very big. They had the foresight to bring me over to Taiwan to get into the Mandarin market, much earlier than other Hong Kong artists.”

So Karen’s career continued to blossom across many media: on countless album releases, in the Jackie Chan movie ‘Around The World In 80 Days,’ as the voice of Princess Kida in the Cantonese soundtrack of Disney’s ‘Atlantis: The Lost Empire’ and in the tenth anniversary Asian tour of the Broadway smash ‘Rent’ in 2005-06, in the lead role of Mimi. She was also front and centre on the global stage, as torch-bearer when Beijing hosted the 2008 Olympic Games.

‘Somewhere I Belong’ is the next chapter in a momentous story, introduced by Karen with a debut performance at the Shanghai Jazz Festival in late October. The album is released across Asia in mid-January 2013, and the rest of the world a couple of weeks later, in time for Chinese New Year.

“I do feel that jazz is a genre that can cross borders and cultures, and if I try something new, hopefully people who already like my music will be tempted to check it out,” says Karen. It’s yet another exciting challenge for an artist who absolutely thrives on them. 2013 promises to be one of her biggest years yet, with another cinematic landmark on the way, starring in ‘Man Of Tai Chi,’ co-directed by its leading man, none other than Keanu Reeves.

“Maybe because my background was very different to a lot of my school friends, I’ve always felt it’s fun to be different,” she concludes. “I don’t want to be like everyone else.” 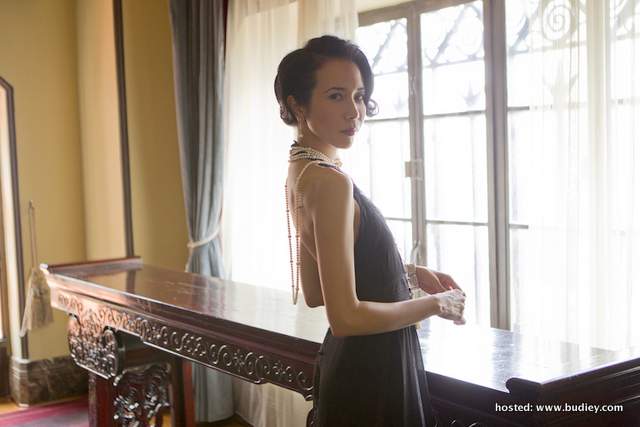