The Emmy- and Grammy-Winning Star Takes Center Stage, Kicking Off the 2017 Award Season on Jan 9.
Jimmy Fallon, late-night talk show entertainer, has been named host of the “74th Annual Golden Globe Awards,” set to air on RTL CBS Entertainment, live from the U.S. on Jan 9, Monday at 8am (7am JKT/BKK). 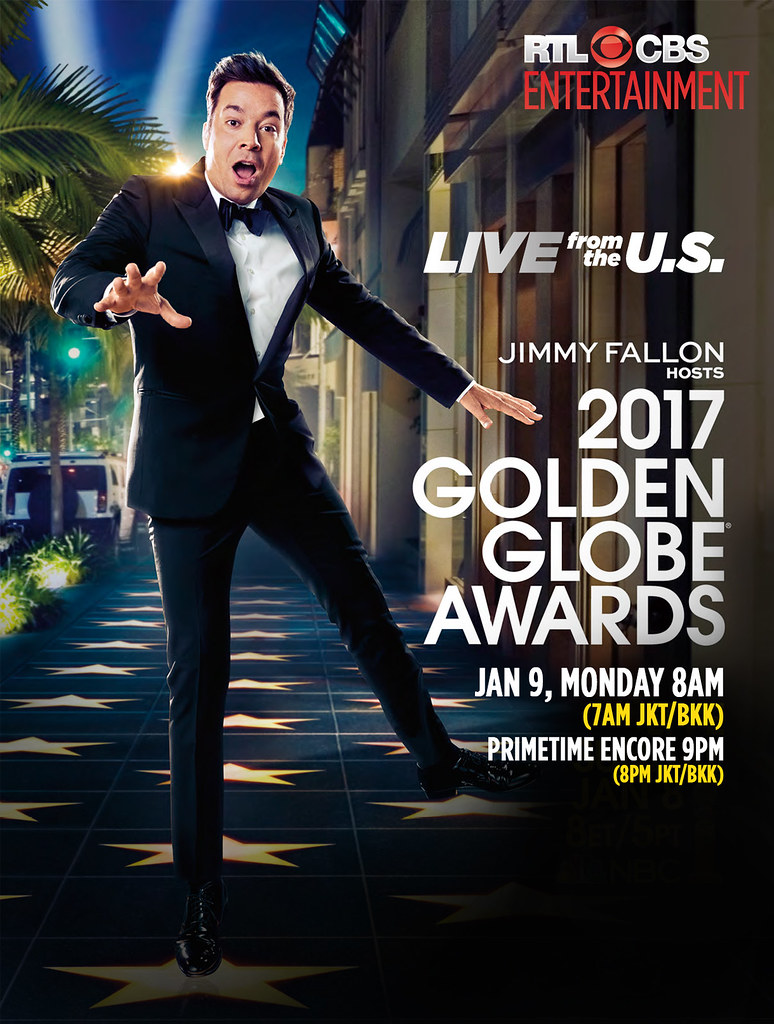 The Emmy- and Grammy Award-winning Fallon, who’s hosted “The Tonight Show” since February 2014 and has since guided the classic franchise to dominance in every key ratings category, previously won rave reviews for his performance as host of the 2010 Primetime Emmy Awards. “The Tonight Show” is currently nominated for two Emmys this year, including Outstanding Variety Series Talk. January’s three-hour Golden Globes telecast will serve as the official kick-off to the 2017 awards season.

“Jimmy Fallon is an exceptionally talented and dynamic entertainer and we couldn’t be more excited that he’ll be hosting the 2017 Golden Globes,” said Lorenzo Soria, President of the Hollywood Foreign Press Association. “His charm, wit and incredible spontaneity will play exceedingly well both to everyone at the show as well as the millions watching at home from around the world.”

“Jimmy Fallon’s brand of comedy will continue the tradition of cutting-edge excitement viewers have come to expect from the host of the Golden Globes,” said Allen Shapiro, CEO of dick clark productions.

Additionally, the 2016 telecast saw an upward trend in digital and social media statistics. On Twitter, beginning three hours before the live show and through 10 minutes after it ended, 4.4 million Golden Globe Awards-related tweets were sent globally, resulting in a total of 1.2 billion views. On Facebook, more than 9 million users globally participated in a total of 19 million interactions on show day, which included posts, comments and likes.

Nominations for the Golden Globes were announced Monday, Dec. 12. Winners are voted on by the Hollywood Foreign Press Association.

Produced by dick clark productions in association with the HFPA, the Golden Globe Awards are viewed in more than 236 countries and territories worldwide and are one of the few awards ceremonies to include both motion picture and television achievements. 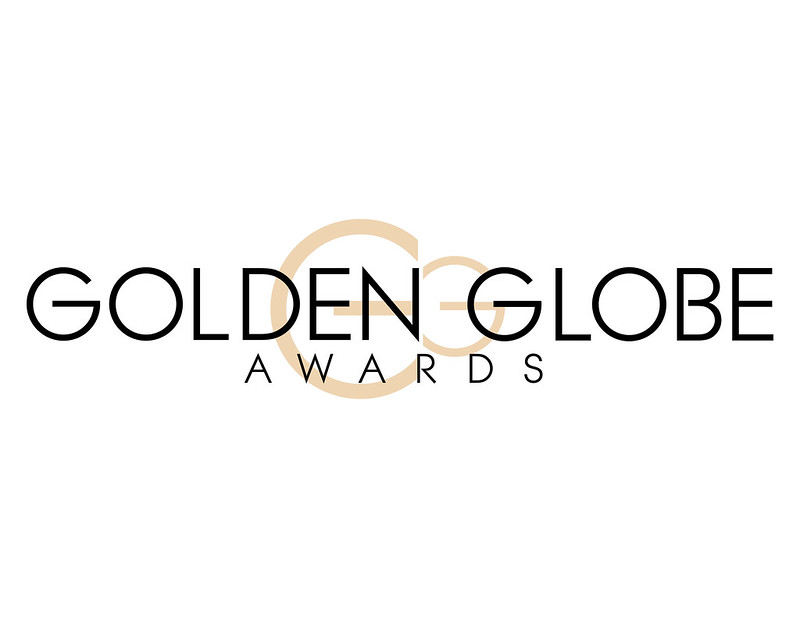 About the Hollywood Foreign Press Association
Founded in the 1940s during World War II, the HFPA was originally comprised of a handful of L.A.-based overseas journalists who sought to bridge the international community with Hollywood, and to provide distraction from the hardships of war through film. Seventy years later, members of the HFPA represent 56 countries with a combined readership of 250 million in some of the world’s most respected publications. Each year, the organization holds the third most watched awards show on television, the Golden Globe® Awards, which has enabled the organization to donate more than $25 million to entertainment-related charities and scholarship programs. For more information, please visit www.GoldenGlobes.com and follow us on Twitter (@GoldenGlobes) and Facebook (www.facebook.com/GoldenGlobes).

About RTL CBS Entertainment
The general entertainment channel with the best mix of reality, drama, comedy and daily programmes. It features shows aired express from the U.S. or U.K. including series Bull, Scorpion, House of Cards, Elementary and The Odd Couple; talent competitions Britain’s Got Talent and The X Factor UK; dailies Entertainment Tonight, The Insider, The Late Show with Stephen Colbert and The Late Late Show with James Corden. It is also home to some of the biggest award shows in the world. Aired ‘LIVE,’ these include The Golden Globes, Screen Actors Guild Awards, American Music Awards, the People’s Choice Awards and Billboard Music Awards. 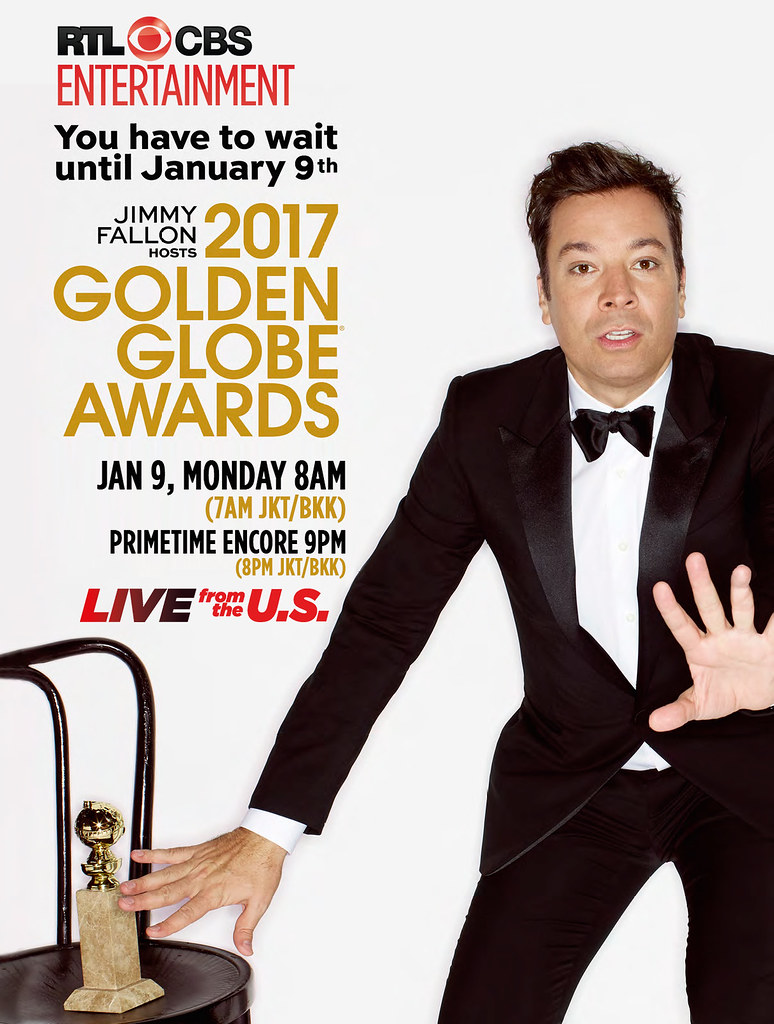