The Marketing & Communications team of Firefly Airlines together with their CEO, Ignatius Ong “ambushed” Subang SkyPark Terminal early this week to give away 1000 pieces of Mak’Cik KARIPAPs to all those who were at the airport. 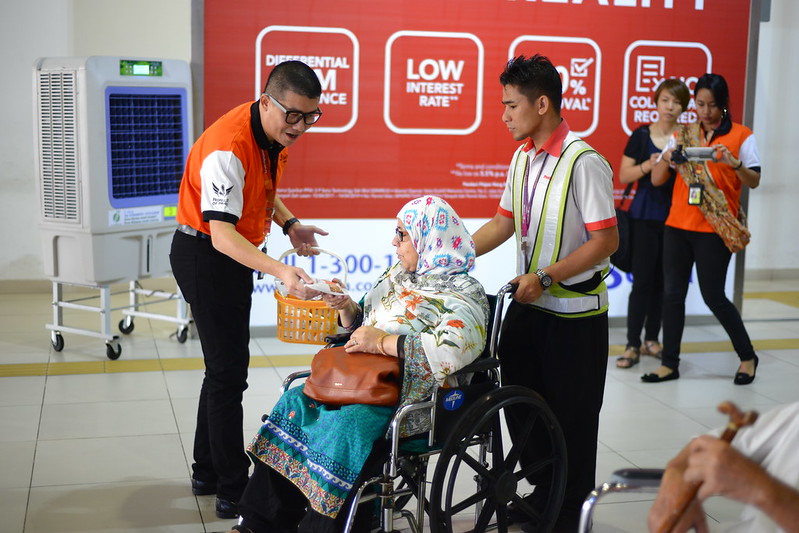 Passengers on Firefly Flights Soon to Have Some Mak’Cik KARIPAP

It was a True Malaysian scene at the airport with the team wearing kain batik, kain pelikat, songkok, pottu and giving away the karipaps from a basket just like the good old days. Supplied by the Sydney Cake House, these karipaps are a permanent feature on all Firefly flights.

As the scene was getting intense with many passengers, especially children asking for more Mak’Cik karipap, “Who doesn’t know karipap. It’s Merdeka soon and Firefly wants you to have our all new karipap, the pride of Malaysian Kuih. We are giving out at SkyPark now, grab yours!” could be heard being announced at the back.

Ignatius Ong spoke of the Firefly customer value proposition, “We are who we preach we are and that is a #TrueMalaysian airline with incredible values and almost like a full-service carrier in terms of its premium services. Don’t worry, the Ngan Yin peanuts, muffins and cakes will still remain in the list of choices.”

Firefly has received numerous awards and recognitions. In April 25, 2014 Firefly received an award for the Transportation, Travel and Tourism category. In 2012, Firefly was accorded Most Promising Brand of the Year by Putra Brand Awards. On November 15, 2011, Firefly was conferred “Superbrand” status. Other awards received include the 2010 Frost & Sullivan Value Airline of the Year award and the Green Initiative of the Year 2010 award by Leaders in Aviation in conjunction with the Doha Aviation Summit. Firefly is also recognized as the Best Brand in Aviation for the Brand Laureate.