BUNKFACE TO PARTICIPATE IN THE HONG KONG ASIAN-POP MUSIC FAIR

Kuala Lumpur (Friday, February 11, 2011) – The Recording Industry Association of Malaysia (RIM) today announced that it was proud to support the selection of homegrown band, BUNKFACE, as Malaysia’s representative at the Hong Kong Asian-Pop Music Fair (HKAMF).

The HKAMF, will be held in Hong Kong on 23 March 2011 at the prestigious Hong Kong Convention and Exhibition Centre, with an expected audience of more than 7000 people.

The HKAMF is a fully funded event, being organised by the IFPI (Hong Kong Group) Limited, in collaboration with the Hong Kong Trade Development Council, for the purposes of discovering the next SuperNova from the Asian region. 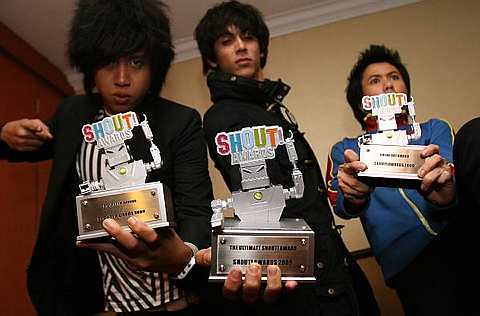 The HKAMF is based on an idea similar to that of the Eurovision Song Contest (ESC) where many new stars from Europe became regional, or even global superstars from their cross country exposure in the ESC held over the past 5 decades – most notable of which are ABBA – and will be produced as a TV show, which will be shown throughout the Asian Region.

In supporting this, RIM Chairman Norman Abdul Halim said:
“RIM is continually looking for new ideas to enlarge the reach of Malaysian music and promote regional market expansion. Music is universal, and the HKAMF will give Bunkface an opportunity to be heard and promoted in Japan, Korea, China, Singapore, Taiwan and Hong Kong”.

Norman further added that it was exciting times for the Malaysian music industry, with new talent bursting onto the scene.
“Bunkface are a young and creative band who have been nominated for 12 awards and won 9 since their formation in 2005 as four secondary school friends with passion for creating good music”, he continued.

When contacted, Sam said that Bunkface was honoured, yet humbled, to have been selected to represent Malaysia at this event. “We will do our best to make our fans and Malaysia proud”, he added.

“We feel really excited to be part of this event and we hope this opportunity will lead us to enter the mass market of Asia”, said Youk.

“We want to take Malaysian music to the Asian region, and finally the world stage!”, agreed Paan.

In throwing his support behind Bunkface, Norman said, “I have no doubt the Bunkface will be good ambassadors for Malaysian music, with their versatile music styles and their ability to perform in Bahasa Malaysia and English”.

Norman, who has also been invited to Hong Kong as an adjudicator and speaker at a HKMAF seminar “Music In One Asia” said that he looked forward to cheering Bunkface on as they perform at the HKAMF.

“This will be a great occasion for them to test their talent against some of the best in the Asian region, and this opportunity will only serve to enhance their abilities”.

He concluded by stating that RIM and its members wished Bunkface every success in the competition.