XPAX IGNITES NE-YO LIVE IN KUALA LUMPUR 2010!
– Xpax jumpstarts the new year for customers with
the “gentleman”, LIVE and in person –

Living up to its stand of Got X, Got Life, Xpax will once again ignite excitement among its prepaid users by bringing world-renowned Pop R&B superstar NE-YO, LIVE IN KUALA LUMPUR on 7 January 2010!  Announced earlier today at a press conference, the concert is organized together with Phuture Phlow Sdn. Bhd., and will showcase the multi-talented Grammy winner NE-YO as he gets “closer” to the Malaysian audience. 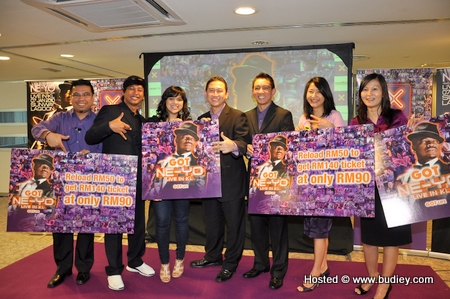 Being one of the stops of the singer’s “Year of the Gentleman” tour, NE-YO’s much anticipated debut concert in Malaysia will take place at Sunway Lagoon Surf Beach beginning from 8.00pm onwards. Prior to NE-YO’s showcase that will include chart-topping U.S. Billboard hits such as So Sick, and Miss Independent, audiences will be entertained by local soul-singer Najwa Mahiaddin, as the opening act.

Celcom’s Senior Vice President of Marketing, Encik Zalman Aefendy Zainal Abidin said, “Xpax has always been a prepaid brand that is associated with the biggest local and international music names and events. Locally, Xpax shows continuous support through various sponsorships for the Malaysian entertainment industry as a whole, covering music, film, TV, and theatre.  Internationally, we have brought in the biggest global events and acts including MTV World Stage which featured a stellar line up of superstars, XLive which featured world-famous rap icon Missy Elliot, and also My Chemical Romance in their very first concert in Malaysia.”

“Being a brand exclusively for youths, Xpax continuously looks for various entertainment-based platforms in efforts to connect with our young customers. By presenting the world’s hottest male pop R&B sensation of the moment, this sponsorship enables us to meet our customer’s ever-evolving mobile lifestyle needs, while giving them the chance of a lifetime to watch NE-YO up-close and in action,” he continued.

In conjunction with the concert, Xpax will be giving 2500 NE-YO concert tickets worth RM140 each to its customers, at an exclusive price of RM90. All they need to do is send in a registration SMS to REGNEYO to 28881 and reload RM50 to receive a mobile voucher for two RM90 tickets. Tickets can be redeemed at any selected Ticket Hotline outlets, valid from 20 November to 31 December 2009.

Xpax customers are also eligible for a special 20% discount on NE-YO’s Mosh Pit tickets worth RM260 each. To register for the discount, customers simply need to type REGNEYO2, send to 28881, and reload RM30. Customers can redeem the discount by flashing their mobile vouchers at selected Ticket Hotline outlets, anytime between 15 December to 31 December 2009.

U.O.X. and S.O.X. customers will also have the opportunity to win two free tickets to NE-YO’s concert worth RM140 each, when they send REGFREETIX to 28881 and reload RM30. This special offer is valid for school and university students from 4 December until 31 December 2009, and winners will be notified via phone call.

Another promotion which is in line with the concert is the “Mad for NE-YO” download package offering on Channel X, the New and Ultimate Mobile Content Channel. The package includes 1 True Tone, 1 Full Song and 1Wallpaper, offered together at the price of only RM5. Ten winners with the most downloads will win the two complimentary concert tickets each.

Channel X is also offering Xpax customers with exclusive concert tickets through the “I Wanna Be Closer to NE-YO” contest via MeTV. All they need to do is MMS their best NE-YO video or picture impersonation with the keyword “NEYO” and send to 26388 to be in the running. Customer can purchase other NE-YO mobile contents from [X]Tunes such as True Tones, Wallpapers and Full Songs for RM0.99 per download.

Dial *118# to download or visit www.channelx.com.my for more info. 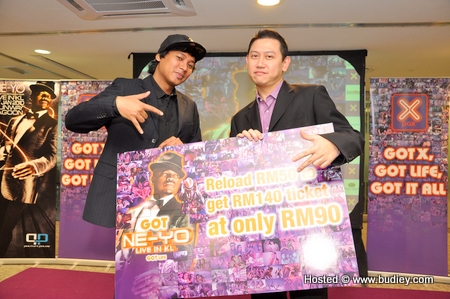