Tied in 2nd place was a minimalistic installation formed from rolls of receipt paper depicting time and its awareness of daily mental space titled 30 Days of Time, One Hour Each, Passing in Seconds by Choong Kah Mun @kahmunart which tied for second place with Lau Pik Yoke @agneslauart and her artwork entitled Her 2018 Diary which documents the life and ending of leaves as a symbol of impermanence. A uniquely crafted artwork featuring 61 portraits of Leonardo Da Vinci using the different rates of bacterial growth in various stages entitled Domination by Nur Amira Hanafi @mira_hanafi90 came in third place.

The Visual Arts Projects Exhibition, the finale to the VAP arts competition held previously opened to the public at Rumah Tangsi, Kuala Lumpur on 2nd September after a long delay due to the Covid-19 pandemic and will be available for all to enjoy till Sunday 13 September 2020 from 11am till 7pm daily. The four winners won a total of RM15,000 cash between them.

Featuring 29 artworks from 29 exceptional finalists selected competitively across the nation, the exhibition is open to the public from 2nd till 13th September 2020.

Visual Arts Projects is an initiative by MyCreative to provide a promotional opportunity to the visual artists driving the Malaysian contemporary art scene as well as a platform for the industry experts to discover fresh talents. The initiative has attracted hundreds of applications and the finalists were announced in February this year.

MyCreative’s has been promoting Malaysia’s visual art scenes in a manner that elevates its profile both locally and internationally since its establishment in 2012. Prior to Visual Arts Pitch, MyCreative has been sponsoring local art galleries to take part in international art exhibitions. To mention some, Galeri Chandan to START Art Fair, Satchi Gallery, London

“Visual Art Projects or VAP as it is known is a strong supporter of young local artists. The talented finalists and creations get better with every edition so this goes to show the pool of talents Malaysia has to offer. We hope this initiative serves as encouragement to those who have a passion to create art and testimony to the rich local visual arts scene,” said Yushairi Baharudin, Project Director of the initiative by MyCreative Ventures. 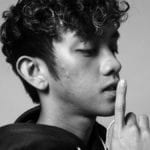 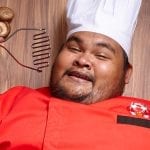