As Muslims prepared to welcome the turn of the Islamic new year, many looked online for prayers and well wishes to celebrate the sacred occasion.

Locals were shocked to learn of the massive explosion which decimated the port at Beirut and claimed hundreds of lives, and turned online to understand the causes and details of the incident.

Followers of the UEFA Champions League stayed up to date with match scores and highlights of their favorite teams – ending in victory for Bayern which took home their sixth European title.

Both teams put on a good fight in the Europa League quarter finals, drawing in supportive fans but victory ultimately went to Manchester United, with a goal scored by Bruno Fernandes.

Netizens were amused by the Cha Cha Slide Easter Egg on Search, activated at the click of the microphone icon, making web browsers dance along to the original hit by DJ Casper.

Fans of The Reds were given a reason to celebrate over their team’s 3-0 victory over VfB Stuttgart in the Club Friendlies held at Sportplatz Langau.

Observed August 22 this year, the ten-day celebration honoring the birth of Hindu deity Lord Ganesha, was mostly celebrated from home this year.

Rethinking financial futures and how we transact: What were the top questions searched?

Covid-19 has no doubt placed financial strains on families and businesses big and small – but top questions searched by Malaysians show hints of curiosity to explore new ventures, the drive for survival, and an eagerness to get back on their feet:

Still on the topic of money: the secure and most importantly, contactless edge e-wallets have over conventional transactions became amplified over the pandemic. Thanks to the financial incentives introduced by the government through ePENJANA, curiosity and adoption of this mode of transaction grew widely:

Search trends for the term “e wallet” coincide with announcements and incentives introduced by the government:

With the uncertainty that lies ahead, more have also been looking into investments this year over a 6-month period, compared to the same time period last year: 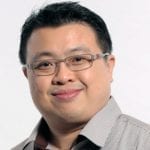