Featuring 10 blistering new tracks, including the singles Burn and Hesitate which were both released prior to the album launch, Glass Ceiling is jam-packed with a mixture of heavy hitting drum grooves, chaotic guitar playing, omnious synth effects and snarling vocals over melodic choruses that spit bile on complex issues but remains rooted in the ordinary life. Armed with a new perspective on music culminated from their past experiences especially the recent tour Down Under, the band sheds their old skin by exploring territories they’ve never delved into which is evident with Glass Ceiling. 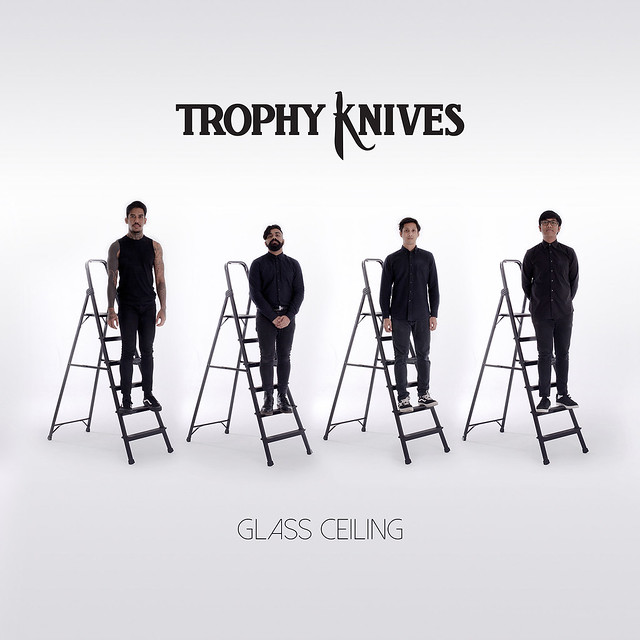 “The album is titled ‘Glass Ceiling’ because we wanted to make a statement by breaking all forms of barriers which made this record, truly a coming-of-age record for the band.

The entire process was rather unorthodox as we wrote the demos, shot the music videos and recorded final versions of these tracks, simultaneously. Although it was a daunting task to constantly meet deadlines, we are extremely pleased with the end result.

We are proud to finally get to share these tracks with everyone,” says Vinesh, front man of Trophy Knives who also wrote all 10 songs contained in the new album. Glass Ceiling is self-produced by the band itself,”

In true celebratory fashion, the band solemnised the birth of their new record with a one-night-only album release show recently at Drumasia in collaboration with Urbanscapes where they played Glass Ceiling in its entirety for the very first time. Adding salt to the wound, local punk rock sweethearts, TIM and metalcore juggernauts, Massacre Conspiracywere invited to open the show. T.hirst from Singapore were also there to spin emo and punk classics from the nineties and noughties. 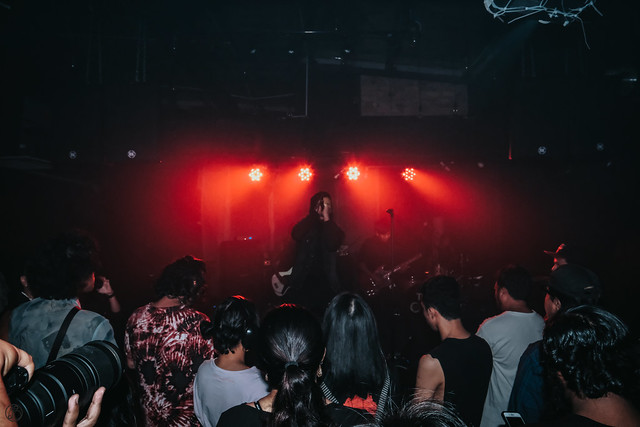 “We are very proud tonight to have our brothers in arms, TIM, Massacre Conspiracy and T.hirst who all shared the stage with us for the launch of Glass Ceiling. Through the years, we’ve learnt that the local scene could not survive without the resilience of these bands and we are grateful that they have all agreed to share this milestone with us,”

At least 150 of Trophy Knives’ most die-hard fans attended the show that witnessed the band in their maximised element. It’s the kind of show that turned mere believers into worshippers.

The sweaty crowd was then treated to first dips of the album and its accompanying merchandise. Glass Ceiling is now available on all major streaming services. For physical CDs, cassettes and merch you may slide the band a DM on Instagram or Facebook. Glass Ceiling will also be available in Vinyl form soon.