As we bid farewell to the Year of the Horse and usher in the Year of the Goat, Spotify, the world’s most popular music streaming service, reveals that 86% of Malaysian Spotify users* listen to Chinese music during Chinese New Year last year. 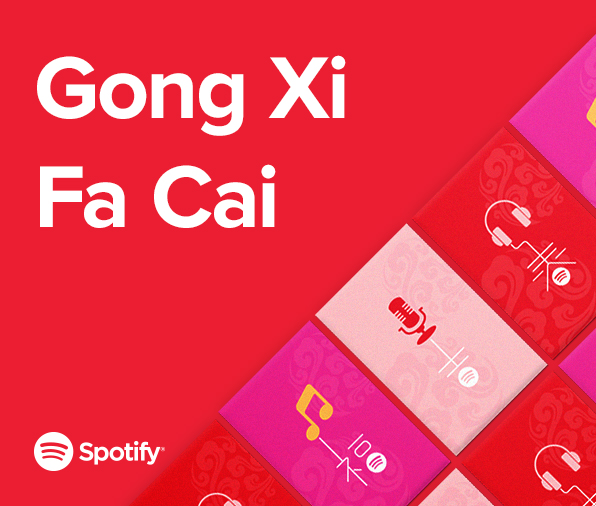 It is no surprise that the most popular song streamed on the service during Chinese New Year last year was Gong Xi Gong Xi, sung by local artist Cheah Yen Ting. According to Spotify data, Malaysians stream almost 50,000 of music from the Chinese Pop playlist on Spotify every day.

“Malaysia is a melting pot of cultures and we are delighted to reveal insights on Malaysians’ diverse music taste. We look forward to bringing more people together by harnessing the power of music.” – Sunita Kaur, Managing Director (Asia), Spotify

Meanwhile, Jay Chou remains Malaysia’s number one most popular Asian artist, headlining the list of Asian artists streamed during Chinese New Year 2014. The C-pop superstar also topped the streaming charts last year in Spotify’s Year in Music campaign, which looked at the artists that took the world by storm.

Here’s is the list of the Top Chinese Songs during Chinese New Year in 2014, entertaining Malaysians during the festive season. Check them out as the soundtrack for this year’s celebrations here .