Program synopsis:
It’s time for a new look at a very old universe. In its mysteries, we are finding the secrets of our past and the key to our future. This is a history of how we know what we do about space. Fifty years have flown by since man first ventured into outer space, but the heavens are only now yielding their greatest secrets. Robotic rovers give us eyes on the red rock of Mars. NASA probes slam into comets at hyperspeed. Deep space telescopes capture violent images of the birth of stars and their collapse into black holes. All of these have significantly changed the way we look at ourselves. 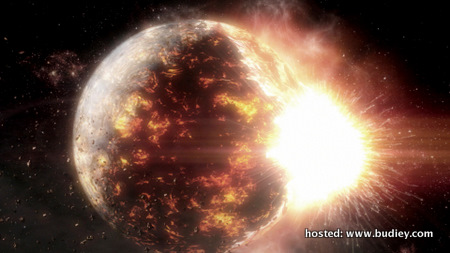 As our own planet churns with the effects of global warming, it’s natural to look into the heavens and wonder about the rest of the real estate. Is there anywhere else out there that that can support life? Or, is there truly no place like home? Each episode will examine how the discoveries were made and the fascinating stories of the scientists and explorers who dared to venture into the uncharted territory of the universe.

Asteroid Attack, 7 May
“Asteroid Attack” reveals the latest discoveries in the deadly world of asteroids. Will a recently returned Japanese spacecraft become the first to bring an asteroid sample back to our planet? What would happen to America’s East Coast if the massive asteroid impact that helped form Chesapeake Bay 35 million years ago struck today? And why did President Barack Obama choose an asteroid as the destination for the next great manned mission into space? Learning about these huge space rocks isn’t just about science, it’s about survival.

Total Eclipse, 12 May
Once they were dreaded and thought to be dragons eating the sun… but modern science has dispelled mythology and we now look forward to total Solar Eclipses as one of the most spectacular phenomena in the heavens. We explore the complex movements of Earth, Moon and Sun that produce these unusual events… and find out why we may be the only intelligent beings in the known Universe to witness eclipses like we see on Earth. Man-made eclipses also figure into the science in the form of instruments called “coronagraphs.” They blot out the sun and reveal its corona, uncovering secrets which, while enlightening, also warn of a disaster that could make our advanced technology crash and burn. Finally, we go into deep space, where the tiny eclipses caused by planets circling distant stars is now beginning to reveal hundreds more stars where exoplanets exists… perhaps even those in habitable zones like the Earth.

Dark Future of the Sun, 21 May
Our Sun has served Earth well for almost five billion years. It’s bathed us with heat and energy. But like humans, our home star is mortal. In five billion years, it will stop nurturing its planetary offspring. The aging star will bloat out beyond the orbit of our planet incinerating all living things – including humans if we’re still around. 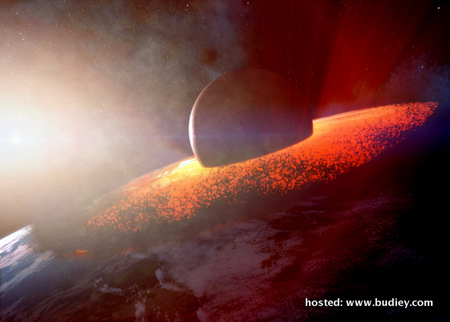