DIVA Universal brings a brand new original series where mediation is the new litigation. Fairly Legal promises a greatly appealing comedy-drama with the smart and sassy mediator Kate Reed, who does what any lawyer can do – only better. Sarah Shahi (The L Word) stars as the one-of-a-kind character Kate, who is determined to carve out a career as a mediator and resolve disputes without lawsuits. To get your fix of this light-hearted witty drama, catch Fairly Legal when it premieres on DIVA Universal, May 5, Every Thursday @ 9pm (Astro 702). 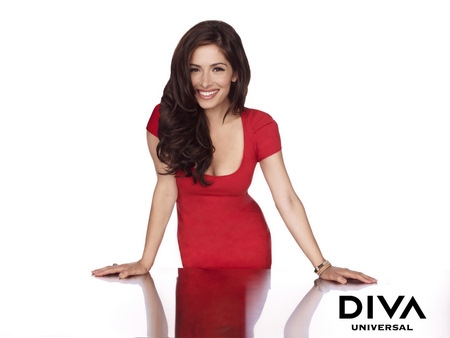 Executive produced by Steve Stark (Medium and The Event) and written by Michael Sardo (The Tracey Ullman Show and Picket Fences), Fairly Legal currently holds court as the most successful scripted hour series to launch in the U.S. this year on cable television (Viewers 25-54, USA Network).

Set in San Francisco, Fairly Legal revolves around Kate Reed who, frustrated with the endless bureaucracy and injustice she witnesses on a daily basis, decides to become the ultimate anti-lawyer: a mediator. Thanks to her innate understanding of human nature, thorough legal knowledge, and wry sense of humour, Kate is a natural when it comes to dispute resolution. She finds the middle ground for a wide variety of adversaries — from Fortune 500 corporations to bitter divorcees.

As savvy as she is as a mediator, her own life is faced with conflict. Since her father’s death, Kate finds herself at odds with her new boss – stepmother Lauren (Virginia Williams, Revenge of the Bridesmaids, How I Met Your Mother), and in a tango with her soon-to-be ex-husband Justin (Michael Trucco, Battlestar Galactica). Helping her keep all of this chaos at bay is her trustworthy assistant Leonardo (Baron Vaughn, The Other Guys, Law and Order), but the newly-minted mediator’s skills are about to be put to the test with tough and new challenges ahead.

LESS LAWYER. MORE APPEAL.
Meet Kate Reed. A San Francisco litigator who, frustrated with the bureaucracy and injustice that she sees in her job, decides to become a mediator. Leaving her practice behind after realizing that truth and justice are not always found in the courtroom, Kate learns that her new line of work is not any less challenging. Thanks to her innate understanding of human nature, thorough legal knowledge, and wry sense of humour, Kate is a natural when it comes to dispute resolution. Except, it seems, when it comes to conflicts in her own life.
Since her father’s sudden death, Kate’s relationship with her new boss – her “wicked” stepmother Lauren has grown ever more complicated, and the situation with her soon-to-be-ex-husband Justin, a San Francisco ADA, is no less confusing. With help from her resourceful assistant Leonardo, Kate’s doing her best to focus on work and avoid her own problems. But with new personal challenges and tough, unconventional cases suddenly on her docket, this newly-minted mediator’s skills are about to be put to the test.
This series comes from executive producers Michael Sardo and Steve Stark (Medium, The Event).

KATE REED (Sarah Shahi)
The Mediator
Kate is a “recovering attorney” who, frustrated with the rigidity of the legal system, quit practicing law to pursue justice from a different angle: as a mediator. Though passionate, savvy, and gifted at her job, Kate’s conflict resolution skills don’t always translate to her personal life. She finds herself frequently clashing with her young stepmother who’s now her new boss at the family firm.
Screen Credits:
Shahi’s recent feature film roles include “East Fifth Bliss” opposite Lucy Liu and Michael C. Hall, and “Shades of Ray,” produced by Jake Kasdan. Shahi starred opposite Tony Shalhoub in the 2007 movie “American East.” Fans of the NBC series “Life” remember Shahi on the series. Some of Shahi’s other memorable TV roles include “The L Word,” “The Soparanos” and appearances on such popular series as “Dawson’s Creek,” “Frasier” and “Alias.” Feature film credits include “Old School,” “For Your Consideration” and “Rush Hour 3.

JUSTIN PATRICK (Michael Trucco)
The Almost-Ex-Husband
An Assistant District Attorney for the City of San Francisco, Justin sees the world and the law in black and white. His faith in the legal system is a viewpoint completely opposed to his almost-ex-wife Kate’s. Despite their differences in approach, Kate and Justin are each committed to doing the right thing, and the chemistry they still share is undeniable. No wonder they occasionally find themselves attempting to settle their differences in the bedroom — and at times even flouting Kate’s “no sleepover” policy.
Screen Credits:
Theatre thespian Trucco is best known for his portrayal of Samuel Anders in three seasons of “Battlestar Galactica.” Most recently, he starred in a multi-episode arc as Detective Tom Demming on the series “Castle.” Trucco had a recurring role on “Beverly Hills, 90210” and has guest-starred on numerous series including, “One Tree Hill,” “CSI” and “CSI: Miami,” “Law & Order: SVU” and “The Big Bang Theory.”

LAUREN REED (Virginia Williams)
The Stepmom
Intelligent, meticulous and business-savvy, Lauren had to date-up a few decades to find her perfect match in Teddy Reed, Kate’s late father. His sudden passing — and her subsequent promotion to managing partner of the family law firm have forced her into the position of overseeing her defiant same-age stepdaughter and attempting to keep the firm afloat.
Screen Credits:
Williams spent two years on the soap operas like, “One Life to Live” and “As the World Turns” before the move to primetime, and is best known for such roles on “Monarch Cove,” “How I Met Your Mother.” She has also guest starred or recurred in more than 25 TV shows, including “Two and a Half Men,” “Better Off Ted,” “Veronica Mars” and “Cold Case.”

LEONARDO PRINCE (Baron Vaughn)
The Assistant
Kate’s assistant Leonardo is resourceful, unflappable, and, thanks to his vast and varied connections — and seeming ability to know what Kate needs before even she knows she needs it — invaluable. Though dedicated to his harried boss and supportive of her at times unconventional methods, Leo is neither a career assistant nor an aspiring legal climber; he’s just biding time while he works on his true passion: a graphic novel.
Screen Credits:
Actor/Comedian Vaughn has appeared as a commentator on numerous shows on MTV and VH1, and was featured as a comedian on Comedy Central’s “Live at Gotham” and most recently on “Late Night with Jimmy Fallon.” His stand-up has also been seen in the Comedy Central specials “Awkward Comedy Show” and “Russell Simmons presents Stand-Up at the El Rey.” Other television credits include “Law & Order,” “Law & Order: Criminal Intent” and “Rescue Me.” Film credits include J.J. Abrams’ “Cloverfield” and “Black Dynamite.”

EPISODE SYNOPSES (Episode 1 to 4)
EPISODE 1 SYNOPSIS:
After the sudden death of her father, San Francisco mediator Kate Reed must work with her stepmother – who’s the same age — to keep his firm alive by resolving a dispute between a clothing magnate and his son, who’s due to inherit the business, and hiding a dark personal secret which could ruin an innocent boy’s life.

EPISODE 2 SYNOPSIS:
Kate mediates a settlement between the State of California and Steve Jenks, a wrongfully convicted man who spent 22 years in prison. As Kate tries to put a price on the years he lost, Steve escapes into a prison of his own making, refusing to deal with the pain of his past — until, when pushed, he explodes.

EPISODE 3 SYNOPSIS:
Kate’s nemesis Judge Nicastro assigns her to mediate a case between a high school football coach and the angry parents who claim his old school methods border on abuse. When the videotaped evidence doesn’t make sense to her, Kate unearths the real reason for the coach’s controversial actions.

EPISODE 4 SYNOPSIS:
While mediating a dispute between the star of the cooking show “Burnin’ with Bo” and the company releasing his barbecue sauce, Kate discovers that Bo’s assistant Beth is actually the brains behind the business – and that Bo’s holding her up for a bigger piece of the profits. But none of this matters when someone from Beth’s past emerges to claim an even bigger piece for himself.