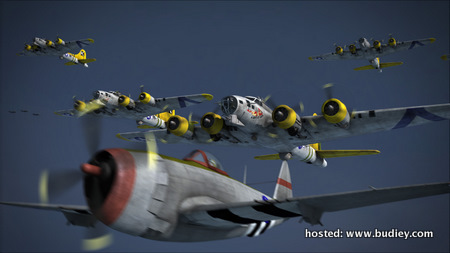 Patton 360 weaves a mix of CGI battle scenes, interviews with historians and men who fought under Patton, and commentary by modern-day military experts, inviting viewers to experience a dramatic “360 degree view” of the brilliant strategy and leadership Patton exemplified as he beat back the Nazi tidal wave in WWII.

Patton 360 will not only put viewers right in the action of the primary battles fought by Patton in North Africa, Sicily and Europe, but also provide them with unique insights into Patton the man, known to his troops as “Old Blood and Guts.”

American Blitzkreig, 5 May
Patton’s victories in Sicily are soon overshadowed by the infamous “slapping incident” involving two shell-shocked soldiers. Instead of leading the D-Day invasion of France, Patton is assigned to command a fictitious army in England as part of a ruse to fool the Germans. The deception pays off, and the Allies land a massive armada on the beaches of Normandy on June 6th, 1944. After weeks of stalemate, General Patton helps plan the break-out from the Normandy beachhead, code-named Operation Cobra. Preceded by a massive carpet-bombing attack by Allied bombers, American armored forces blast through the German lines. Patton is finally able to lead some of the lightning-fast armored assaults he is famous for.

Leading the Charge, 12 May
On August 1st, Patton’s Third Army finally becomes operational. American armored forces tear through western France, moving faster, seizing more territory, and killing more enemies than any other army in history. Patton is denied a complete victory at the battle of Falaise Gap when his superiors order him to stop before completely trapping an entire German Army. But soon Patton is back to racing east across France at record speed. By August 23rd, the Third Army has reached the outskirts of Paris, but Patton is denied the glory of liberating the city when the Free French Army is chosen instead to enter the city first. After crossing the Seine river, Patton’s men engage in heavy street fighting in the city of Troyes and by the end of August they advance to within 60 miles of the German border.

On Hitler’s Doorstep, 19 May
Patton’s blitzkrieg is so successful that his army outruns its own supply lines. Despite being short on fuel and ammunition, he invades the province of Lorraine, hoping to cross into Germany before Christmas. But delays from the fuel shortages have given the Germans time to regroup. Stubborn German defenses at the Moselle River are finally crushed, and the Third Army captures the key city of Nancy. Then Adolph Hitler demands that his generals launch a major counterattack and a furious tank battle erupts near the town of Arracourt. Despite the inferiority of their tanks, the Americans emerge triumphant. But Patton remains stuck in Lorraine, just a few miles closer to Germany than he was at the beginning of the month.

Seige Warfare, 26 May
The slow but brutal slug-fest in Lorraine continues as Patton orders his men to take the heavily fortified city of Metz. The thick forts that surround the city and the castle-like walls around Metz prove to be more than a match for American armor, and the siege goes on for weeks. Ammunition supplies run so low that Patton’s men resort to using captured German shells. After commencing the largest artillery barrage in Third Army’s history, the Americans finally subdue the city’s defenders on November 21st. 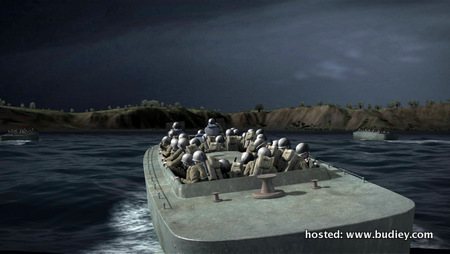