The third single to be taken from Taylor’s critically acclaimed, history breaking new album 1989, ‘Style’ is already climbing up the charts in the US and is currently at no.14 in Billboard’s Top 200 Digital songs.

Shot around Los Angeles, the video for ‘Style’ was directed by film director and screen writer, Kyle Newman (Fanboys, The Hollow) and incorporates personal video footage of Taylor’s. 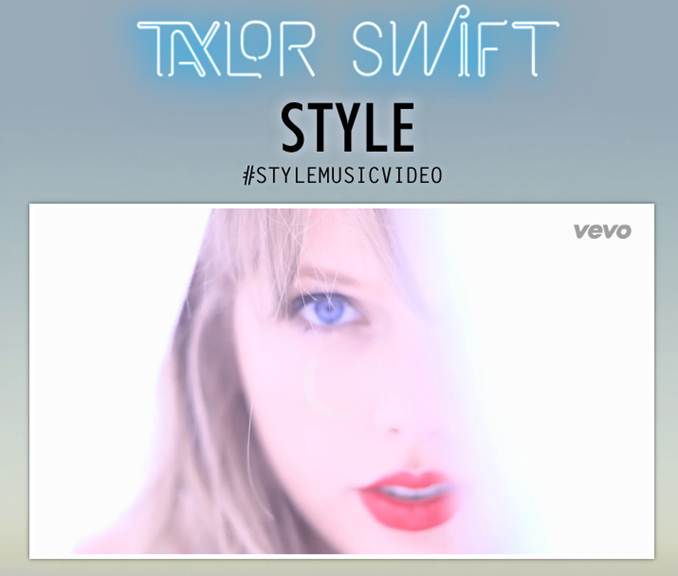