A few select members of the press gathered at Enfiniti Academy’s recently launched dance studio for an intimate session with Steven Dexter, the director of Enfiniti’s most highly-anticipated new musical, The Secret Life of Nora (NORA).

The media roundtable was also hosted by Executive Producer, Tiara Jacquelina, who spoke about the decision to bring Steven Dexter on board,
“For all of us at Enfiniti, it’s a really daunting task trying to launch a new project after the successes of our musicals Puteri Gunung Ledang and P. Ramlee. We know that we will always be up against ourselves and that our audience’s expectations grow with every production we put on. That’s why we sometimes take so long in between productions to work on something new, something outstanding and extraordinary enough for our audience. It’s not an easy task, but we continue to strive to meet that expectation. 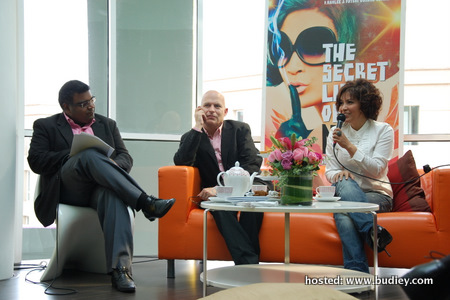 This is what Enfiniti stands for. Always pushing frontiers, raising the bar, challenging the threshold.

The whole objective, the big end game, is to raise the Malaysian musical industry to international standards.

There are 2 ways the industry can grow: the first way is, to franchise or license existing popular tried- and-tested titles. Korea does this very successfully. Follow the production manual to the tee, and you can’t go far wrong.

But the second way, which is even more exciting and challenging, is to create an original piece. This creates more opportunity for growth for us as a company and certainly as an industry. NORA is not based on a film or the biography of any known person, nor a historical incident. There is a much bigger element of risk involved in putting on this production, compared to any of our previous production titles. But you know how we love a good challenge – it absolutely fuels us.

We can either learn the long, hard way, trying and testing and learning from mistakes and failures. Or, we can learn from people who have worked in industries that are at least 100 years ahead of ours. There isn’t enough time to waste as we try to catch up with the rest of the world, and I am an impatient girl who wants extraordinary things to happen NOW.

When we first decided on The Secret Life of Nora as Enfiniti’s next new musical production, we made the decision to do away with playing safe and being comfortable doing things the way we have always done before, with the same bunch of people, using the same methods. We decided to take a leap of faith and work with an established director from the West End this time. We looked at several options and decided on Steven Dexter, when we learned that Steven’s specialty was in developing brand new material. I saw the opportunity for us to learn from someone who had put productions together from ground zero.

In order for the local musical industry to come up to speed, in order for Enfiniti to make that quantum leap so that we can stay ahead of the game, we need that sharp learning curve. Musical theatre is a science as much as it is an art that the Americans and British have mastered for more than 100 years. There are systems and thought processes that are tried and tested, and definitely work.

Even in this short space of time, since Dex landed in KL, he has jumped straight into work – our VP of Operations, Izan Satrina described him to me this way: ”Tiara, you’re gonna so get along with Dex! He’s A.D.D. too, like you!”

In the last 120 hours from the moment he landed and checked in, Dex has been going non-stop, working for long hours with Raymond Miranda who is writing the show, attending audition callbacks in Singapore as well as here in Kuala Lumpur, holding workshops on the story and presenting exciting new ideas to me on an hourly basis!”

Steven is an established director of London’s West End fame with renowned productions such as Peter Pan and Pirates of Penzance under his belt. But what nailed it for Enfiniti was the slew of new works that Steven developed from scratch, bringing to the table an “international” perspective coupled with global experience that will allow him to inject new life into the Malaysian musical theatre scene. This collaboration with Enfiniti marks his directorial debut in Malaysia.

“Enfiniti Vision Media is an exciting production company at the forefront of developing new musicals for Malaysia and I was so excited and honored to be asked to be part of this innovative and inspirational company that I simply could not turn down the offer. 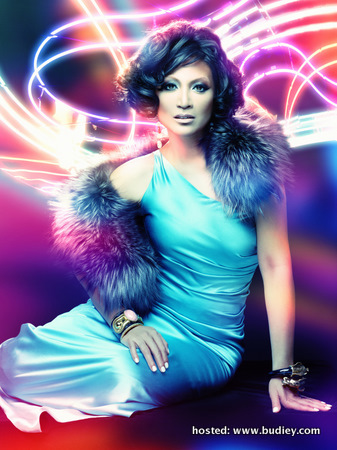 I’ve worked on new musicals around the world and next year, I have a new show opening in the West End. New musicals or new writing is the future of musical theatre anywhere in the world! There are only so many revivals, jukebox musicals (Mamma Mia, We Will Rock You, etc), and musicals based on films and existing material that can be produced.

To work on a show with a totally original story is a huge challenge and important learning curve for any director. I applaud Enfiniti for taking this brave risk. If only more producers in the world did this, the public would be exposed to new material and stories. The idea of an action packed spy musical set in the 60’s is a genius, exciting and original idea by Tiara and Enfiniti which I feel very honoured to be a part of.

I’m loving being in KL, meeting my team, collaborators and potential cast members who have been auditioning over the last few days. I am so delighted and pleasantly surprised by the high level of talent in Malaysia. We are actually spoiled for choice in casting the show and this is rare for any production anywhere in the world. I very much hope that with my experience in working in the UK and around the world, I can be a small part of helping develop a young but established musical theatre scene in Malaysia thanks to Tiara and her previous two successful musical productions. For me life is a learning curve and the day I stop learning and growing as a director will be the day I put my feet up and retire. Having only been here for a few days, I already know that this experience, of directing and working with the Malaysian industry and my newfound friends at Enfiniti, is hopefully not only going enrich you all but me too, not only as a director but also as a person.”

About Enfiniti Vision Media
ENFINITI VISION MEDIA SDN. BHD., formerly known as Enfiniti Productions Sdn. Bhd. is a significant contributor to the Malaysian arts and entertainment scene. The company was established by award-winning actress and producer, Tiara Jacquelina, as an expansion of KIT KAT KLUB Entertainment (M) Sdn. Bhd. And TEN On TEN Pictures Sdn. Bhd. In 2004, Enfiniti went on to produce Malaysia’s biggest budget movie, Puteri Gunung Ledang which was shortlisted for the Oscars. Subsequently the movie was adapted into the award-winning musical. Puteri Gunung Ledang and P. Ramlee the Musical have since solidified Enfiniti Vision Media as a forerunner in premium quality musical content in Malaysia.

Enfiniti has also expanded with a few subsidiaries beneath its wing such as Kit Kat Klub Events, The Borneo Rainforest Café, Enfiniti Films, Ten on Ten Pictures, The Enfiniti Academy and Warisan – The Malaysian Cultural Village. 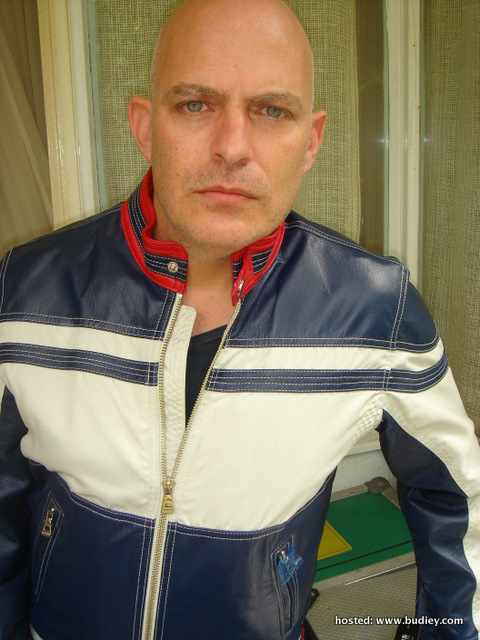 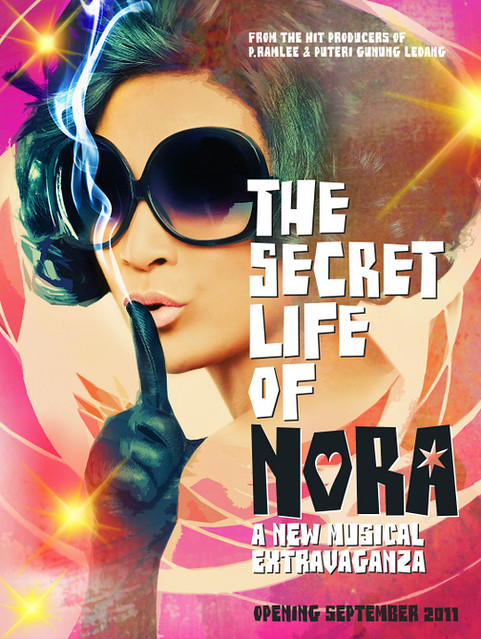 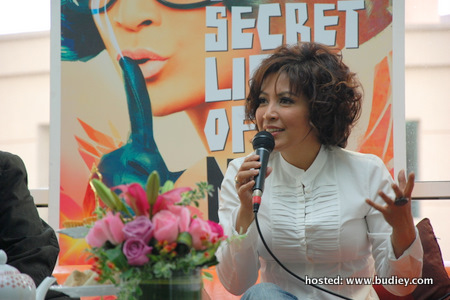 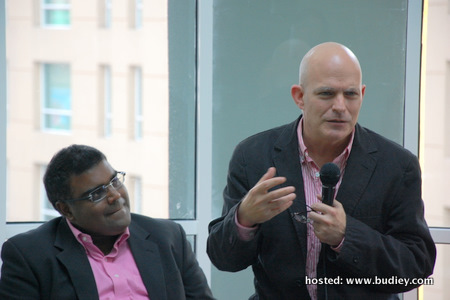 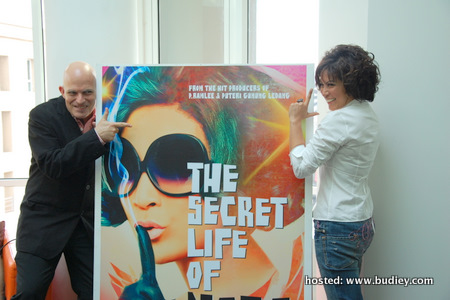