Bigger in size but beautiful in curves! Jumbo Queen 2015 proudly presented by Magnum had reached the Final Stage! This plus-sized Ladies Pageant is opened to all single or married ladies aged 18 years old and above with a minimum weight of 80 kg.

There were a total of 12 finalists shortlisted throughout selection rounds across four states Selangor, Johor Bahru, Kuala Lumpur and Penang. These finalists will compete with each other in the Grand Final which will be held on 15th November 2015 at Oasis Atrium @ Ground Floor, IOI Mall, Puchong at 2pm. 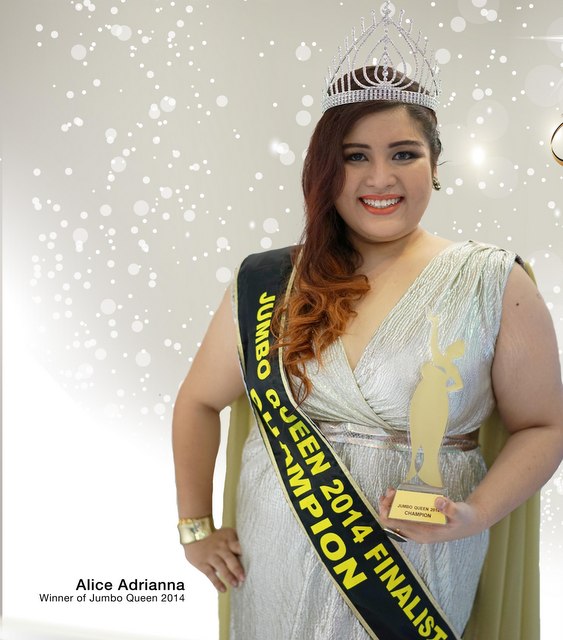 [dropcap]T[/dropcap]he key judging criteria for the Jumbo Queen 2015 winners will be based on their stage personality, confidence, crowd response, apparel and overall performance. The fans of Jumbo Queen 2015 were given a chance to vote their favorite queen by downloading Magnum Mobile Application into smart phones from 19th October until 13th November 2015.

The votes will contribute 10% of the overall scores. The 12 grand finalists will be battling in the finals to impress the panel of judges by showing off their talent on the catwalk and also by singing and dancing for the top spot.

On top of that, Jumbo Queen 2015 Champion, 1st Runner Up and 2nd Runner Up will walk away with RM 5,000, RM 3,000 and RM 2,000 cash prize respectively along with other great and attractive prizes as well. Besides, there are three subsidiary titles to be won namely “Most Talented Award”, “Most Photogenic Award” and “Best Personality Award” and each will receive RM 500 cash and trophy.

Jumbo Queen 2015 is proudly brought to you by Magnum and organized by Mega Ultimate. Other participating sponsors were including Official Make-up and Hair-do by Snips, Official Wardrobe by Mis Claire, and Supporting Partners were Mega MediaCom, Mega Music World and Mega Visual.

Make it big for nothing beats the unique plus size in you! For more information, kindly contact Code Ent at 012-711 8701 or Ms. Rainie at 03-9101 5857 or you may also log on to Mega Ultimate website at www.megaultimate.com.my or Mega Ultimate Facebook Page at www.facebook.com/megaultimate for more event details.