Now that Prince William is officially off the market, let us all turn our attention to that red hot Royal that still hasn’t put a ring on it, Prince Harry!

See the pics to get your fill of His Royal Hotness! 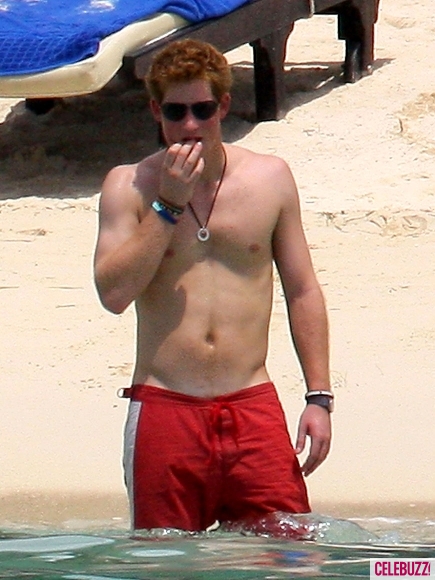 Though Harry, 26, has an on-again, off-again girlfriend Chelsy Davy, there’s doesn’t seem to be much chatter about him proposing anytime soon. However, the two did date for five years before they split in 2009, and Chelsy was at William and Kate Middleton‘s wedding on Friday.

Lately, the once bad boy has been spending his time lending a hand around the world. The red-headed hottie was snapped just 30 days prior to his brother’s wedding in the North Pole wearing an orange jumpsuit and training for a 22-day, 200-mile, highly dangerous expedition in support of (and to raise money for) soldiers who’ve been injured in the war.

This doesn’t mean he’s lost his since of humor! The day before William’s wedding, Harry reportedly posted on Facebook a spoof video of the ceremony. The video featured look-alikes of the royals dancing down the aisle of Westminster Abbey.