American Idol Season 9 winner Lee DeWyze will be in town this coming Tuesday, 17th of May for a promo tour. STAR World is proud to present another American Idol winner to fans in Malaysia and this will be the first time the 26 year old Lee will set foot on Malaysian soil. American Idol is one of the most watched show on STAR World and remains the number 1 show on television in its tenth season dominating ratings in America.

Lee DeWyze, Mount Prospect, IL native, impressed millions throughout the season taking home last year’s American Idol winning title. DeWyze is a self-taught musician who began singing and playing guitar in his teens. Auditioned in Chicago, DeWyze was the only male contestant never to land in the bottom three during American Idol Season 9. 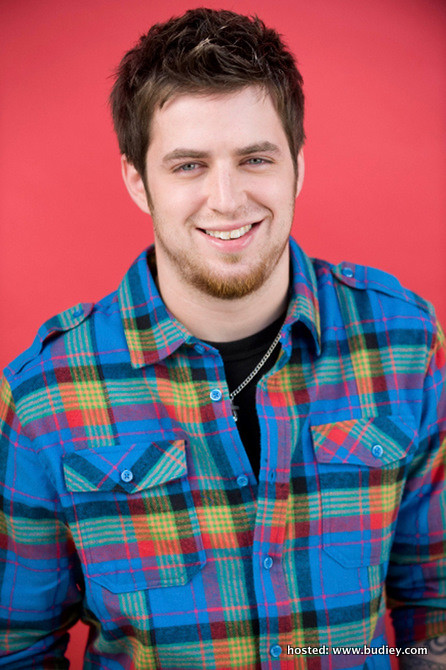 Lee will be here to promote his “Live It Up” album, in which he co-wrote all but one song on the album, has become the very first American Idol winner to have writing credit on a first single. His first single of his debut album is “Sweet Serendipity”, while his second single is “Beautiful Like You”.

So don’t miss this opportunity to watch him perform live in person on Tuesday, 17th of May at Subang Parade (West End Concourse) at 4pm! There will also be an autograph session for the public after his performance. So don’t forget to grab a copy of his new album, “Live It Up”!

In conjunction with Lee’s first visit to Kuala Lumpur, Sony Music will give one lucky fan a chance of a lifetime to show Lee around town! Tune in to Mix FM from Monday, May 9th for a chance at being Lee’s personal tour guide to Kuala Lumpur together with fellow Mix FM DJs, JD & Dilly. Be the first caller through during the cue to call and tell Mix FM how you will show Lee around Kuala Lumpur in the most creative way possible. All successful callers win 2 VIP passes to the autograph session as well as his latest album.

As an added treat, STAR World and hitz.fm are also teaming up to send one lucky winner to watch the AMERICAN IDOL finale live in Los Angeles together with hitz.fm Morning Crew, DJ JJ. All you have to do is get the CONTEST PASSWORD from the show on Thursday and then tune in to hitz.fm (92.9fm) on Friday morning when you hear the cue to call and you’ll get a shot to prove how big of an AMERICAN IDOL fan you are! Just provide the correct CONTEST PASSWORD, answer as many questions correctly within the given time period and you’ll be in the running to win tickets to the big finale.

Don’t forget to catch American Idol Season 10 every Thursday and Friday at 6.00pm LIVE via Satellite and 8.00pm Primetime Encore, only on STAR World (Astro Channel 711).