KIX HD (Astro Ch 729), the ultimate destination for action entertainment in Asia, announced the top ten finalists of R U Tough Enough?, a nationwide search for the toughest Malaysian. Ten tough individuals are ready to prove that it’s not just size that matters, but mental endurance and emotional resilience too! From all across Malaysia, the gruelling qualification tests revealed sheer grit, strength and determination, and they will need every ounce to move on to the next level if they want to win R U Tough Enough?: The Ultimate Edition for the title of Malaysia’s Toughest and up to RM30,000 in prize money.

In the first phase of the final showdown, the 10 finalists will need to compete against each other to be crowned the 2017 winner before competing in a bonus round against the three former R U Tough Enough? winners! Pride, honour and glory await the winner, who will win the right to call himself/herself The Ultimate Winner of R U Tough Enough?.

Finalists Compete for the Title of Malaysia’s Toughest and RM 30,000 Grand Prize 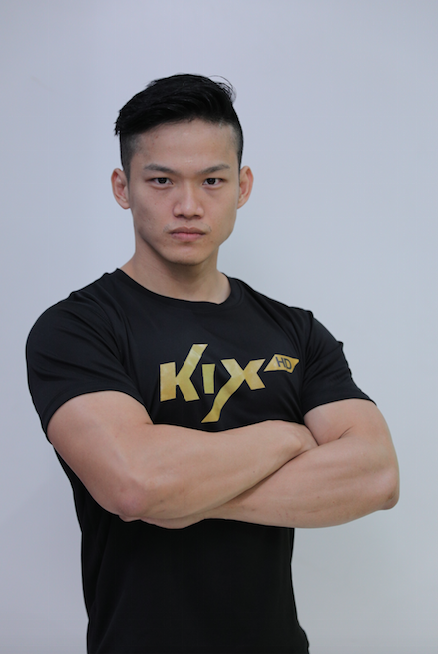 Description: Formerly a café owner whose business failed, Shyan loves to cook and now owns a healthy food delivery service. His girlfriend stuck with him through thick and thin despite being pregnant during their toughest moments, and they are now happily married with a young daughter. Originally from Batu Pahat, Johor, Shyan works very hard to support his family, starting his day as early as 4.30am to ensure work gets done on time. 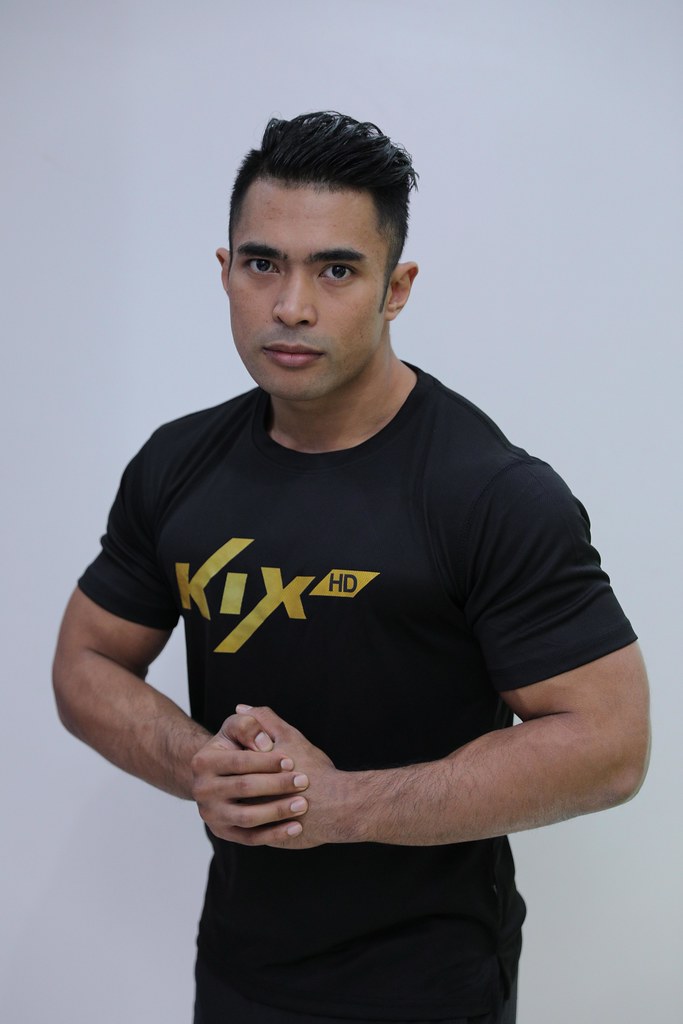 Description: Born in Shah Alam, Riz used to be a big guy – he lost 28kg in four months to pursue his mixed martial arts (MMA) dream; his dramatic weight loss inspired others to ask him for fitness advice and launched his journey as a personal trainer. His heart remains as big as ever, especially when it comes to caring for his 23-year-old autistic brother. Despite the challenges of taking care of someone with special needs who has problems controlling his emotions, Riz will let nothing stop him from watching out for his only sibling.

Tough Quote: Motivation will get you started but discipline will make you persevere. The grind never stops. 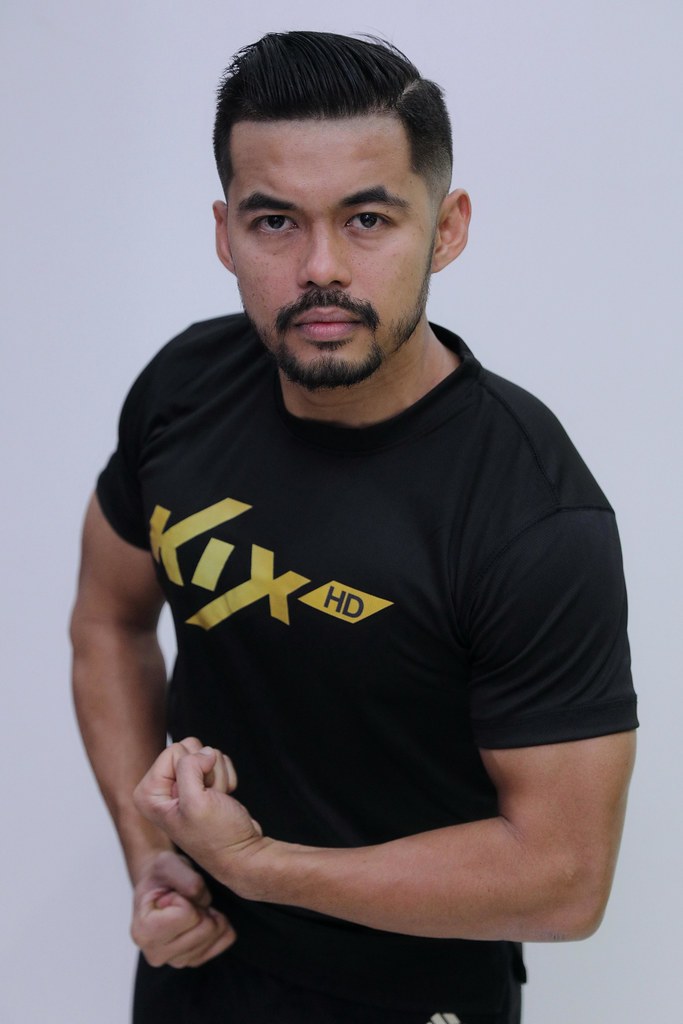 Description: Born in Kuantan and raised in Terengganu, Che Wan was plagued by poor health because he was overweight and even struggled with hypertension. This made it difficult for him and his wife to conceive; they struggled for three years to achieve their dream of becoming parents. After changing his lifestyle and controlling his blood pressure, they are now proud parents of two kids. Che Wan had a close brush with death in 2014 when he was admitted for 16 days due to dengue, which made him even more determined to live a healthier lifestyle.

Tough Quote: The fight for toughness has no limit. You have to challenge yourself everyday to be a better man! 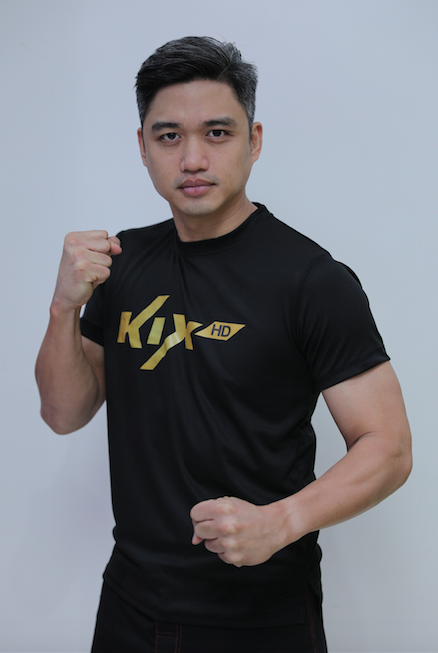 Description: Born in Kuala Lumpur, Michael is a law graduate who developed a passion for theatre since age 16 and kickboxing since age 18. He worked two to three jobs during his university years to support himself in school. In 2013, he almost had to give up his dream of becoming a producer but persevered despite the challenges. That same year, he pushed himself further and made it to the quarterfinals of the Malaysian Invasion Mixed Martial Arts (MIMMA) after having trained himself in MMA since 2012.

Tough Quote: Toughness is about being brave enough to always make that attempt to climb higher, even when there is fear of failure. 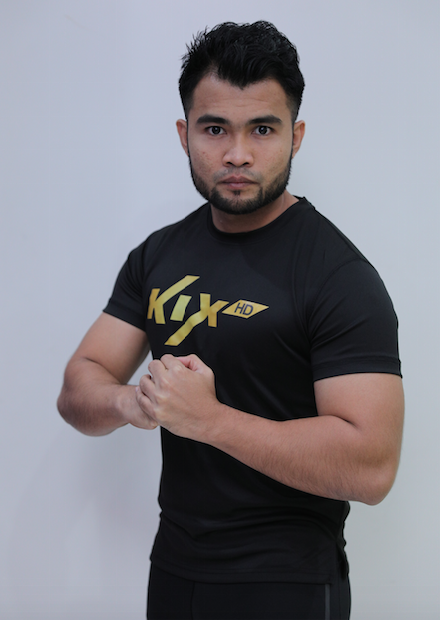 Description: A bad investment caused Shazwan’s former business to collapse, losing almost RM200,000 in the process. The experience caused this former Mr Wonderful Pahang 2012 Champion to descend into depression but he clawed his way up and started afresh, thanks to the support of his family especially his father. Married with a 2-year-old daughter, Shazwan hopes to be a real hero to his little girl.

Tough Quote: Toughness is not about how hard of a hit you can give; it’s about how many you can take and still keep moving forward. 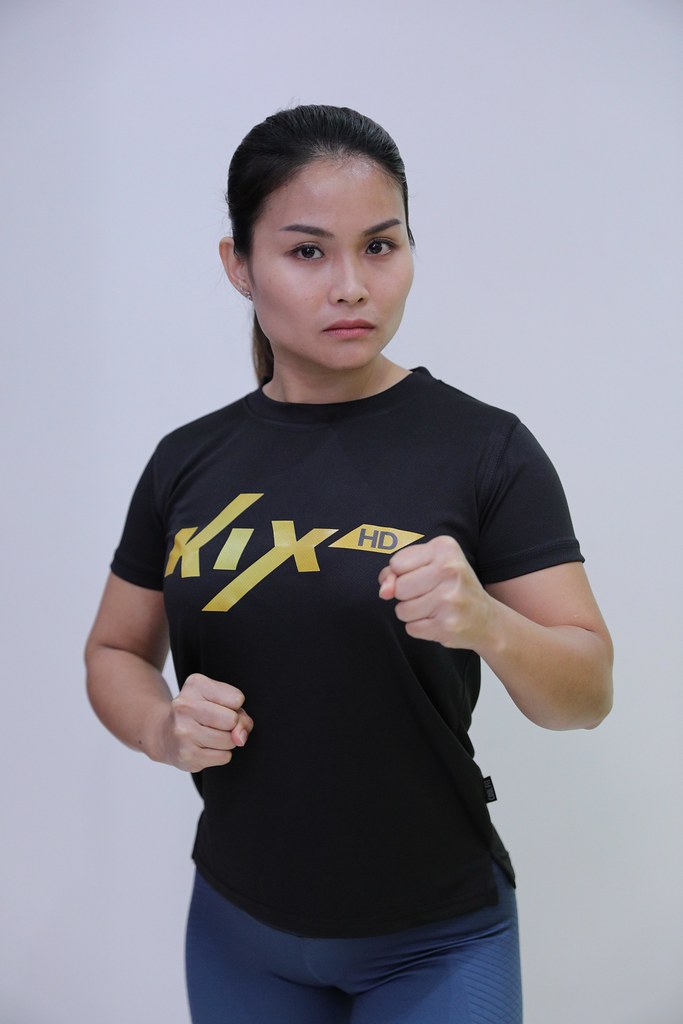 Description: Coming from a poor family in Temerloh, Pahang, May had to stop schooling at the age of 15 when her father had a stroke that rendered him unable to work to support the family. Since then, she has had to take care of both her ailing parents by selling home-baked items before finding her calling in the fitness industry about two years ago. A young mother at the age of 18, May is now married with 3 children.

Tough Quote: All these struggles in the past made me who I am today; I will not just surrender and will keep on staying tough. 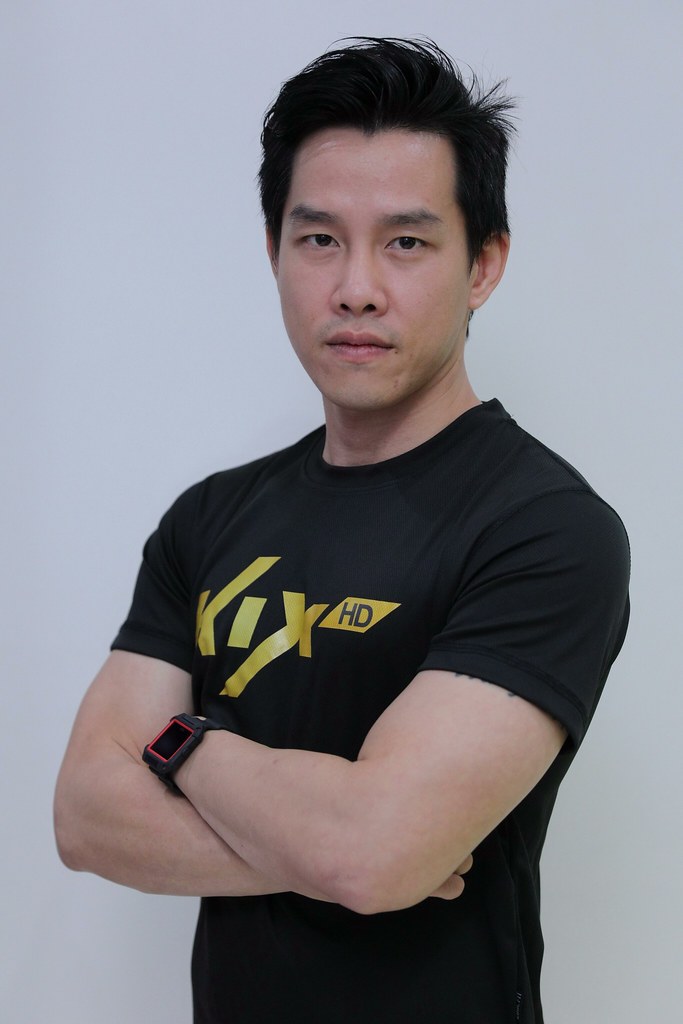 Description: As the youngest of five siblings with a twin brother, Hao’s personal experiences led him to pursue psychiatry as he suffered from depression and suicidal thoughts during his university years. Understanding that mental pain is more difficult to overcome than physical pain, he is able to empathize with his patients and relate to them on a more personal level. Hao feels empowered to continue to be a better person and looks up to his brother as a guide and role model.

Tough Quote: Toughness is forgiving our past traumas, acknowledging our present imperfections, and living our future without needing recognition from anyone else but ourselves. 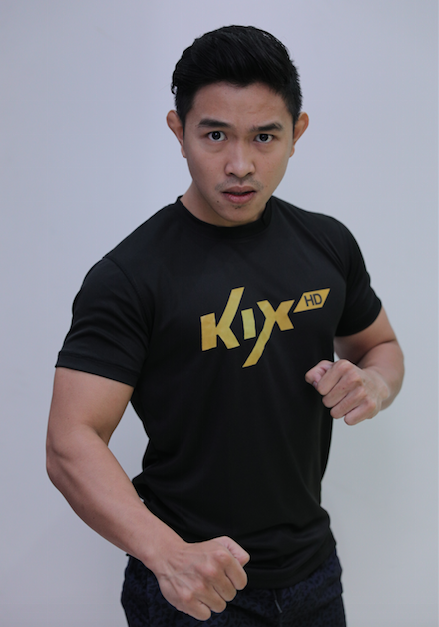 Description: This Parkour practitioner has suffered through numerous injuries in the pursuit of this sport, but he’s not one to give up so easily. A native-born Sarawakian whose father is a firefighter and mother a nurse, Vincent owns a fitness studio in Kuching with an aim to inspire people to lead healthy lifestyles. He loves adventure, sports and things that challenge him to be better.

Tough Quote: Toughness is how badly you are willing to get up and work hard to achieve your goals even if you fail a thousand times. 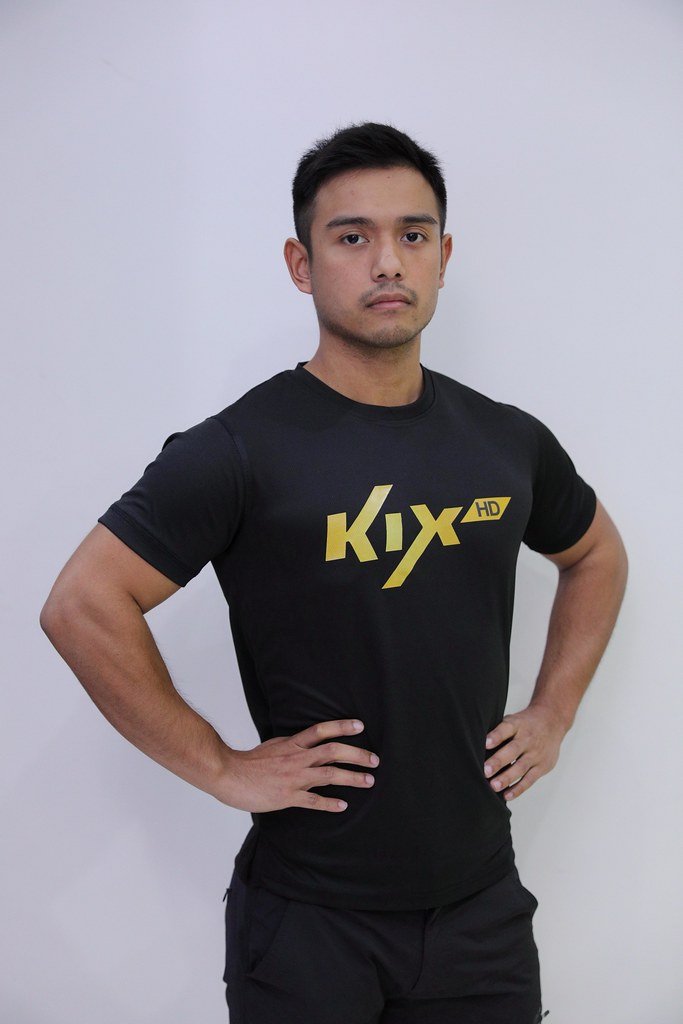 Description: Born and bred in Kuala Lumpur, Jonathan had a tough time growing up as an overweight child during his primary school years and did not have many friends. His mother underwent brain surgery when he was 13 and his father was diagnosed with Stage 1 lung cancer when he was 17, forcing Jonathan to face the harsh realities of life at a young age. A big fan of crossfit, Jonathan lives life ready to handle everything that comes his way.

Tough Quote: No one is born tough; It’s a skill that can be trained and cultivated through challenging situations.

Description: A very abusive relationship with a drug-addicted boyfriend during her teenage years made Izzati shy and afraid to speak up. Taking up fitness empowered and transformed this Alor Setar native, allowing her to be both physically and mentally stronger and to stand up for herself to say “No” to abuse. An active, outdoor-loving sportswoman since she was young, she now has a degree in Sports Science under her belt and is tough enough to prove herself.

Tough Quote: Women should believe in and stand up for ourselves and live by the motto: “I can, I will and I am”.