“We all dream in gold” is the theme at the live screening of the 88th Annual Academy Awards® event held in Hilton Kuala Lumpur to celebrate the exclusive broadcast of this year’s Oscars® on HBO today at 9.30am, live from Hollywood’s Dolby Theatre.

Hosting the elegant breakfast affair were none other than one of Malaysia’s leading actresses Lisa Surihani, and popular comedian Nabil Ahmad. Invited guests included several Malaysian celebrities as well as five Astro Circle contest participants and their partners who won coveted passes to the screening, plus a complete make-up and hair makeover befitting the star-studded event. 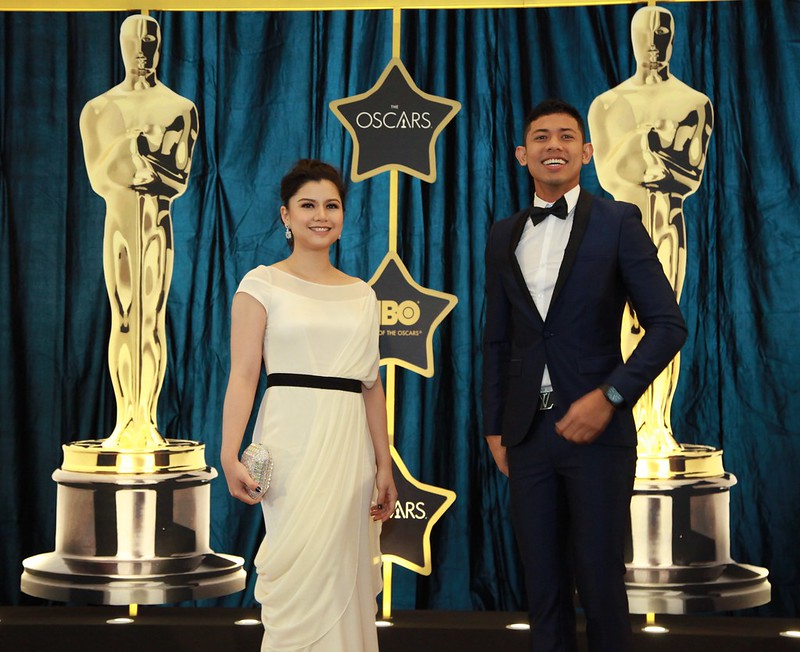 THE 88TH ANNUAL ACADEMY AWARDS® will air again exclusively on HBO / HBO HD (Astro Ch 411 / 431) tonight from 7pm. Other playtimes on HBO: Wednesday, March 2 at 9pm; Friday, March 4 at 10.30pm; Sunday, March 6 at 4pm. Also streamed live on Astro On The Go, and viewers can also catch up at their convenience with On Demand (OD).

A special Oscars® edition of HBO Sentral presented by the versatile and effervescent television personality, Datuk Aznil Nawawi will have him sharing his experience from the Oscars® Red Carpet in Hollywood’s Dolby Theatre, including interviews with Hollywood celebrities who walk the red
carpet. Watch these exclusive footages on HBO Sentral Oscars® on Sunday, March 27 at 5.35pm.

HBO Asia is also giving seven viewers and their partners a chance to win an all-expense paid opportunity to experience the Oscars® red carpet live in 2017 when they answer a question that will be revealed during HBO’s exclusive broadcast of the 2016 Oscars®. To find out more about the HBO Dream Oscars® Contest, log on to www.hboasia.com/oscars.

Hosted by Chris Rock, the 88th Annual Academy Awards® was held at the Dolby Theatre® at Hollywood & Highland Center® in Hollywood.