In association with Rolls-Royce Motor Cars, International Hotel Awards is the only achievement recognised across the entire international hospitality industry. Only hotels that display the highest level of service, quality, luxury, and sustainability are able to compete. In addition to this, One World Hotel received the inaugural world-renowned recognition, The International Five Star Hotel Standard 2016-2017 in conjunction with the prestigious International Hotel Awards which took place on Monday evening, 22nd February 2016 at The London Hilton on Park Lane. 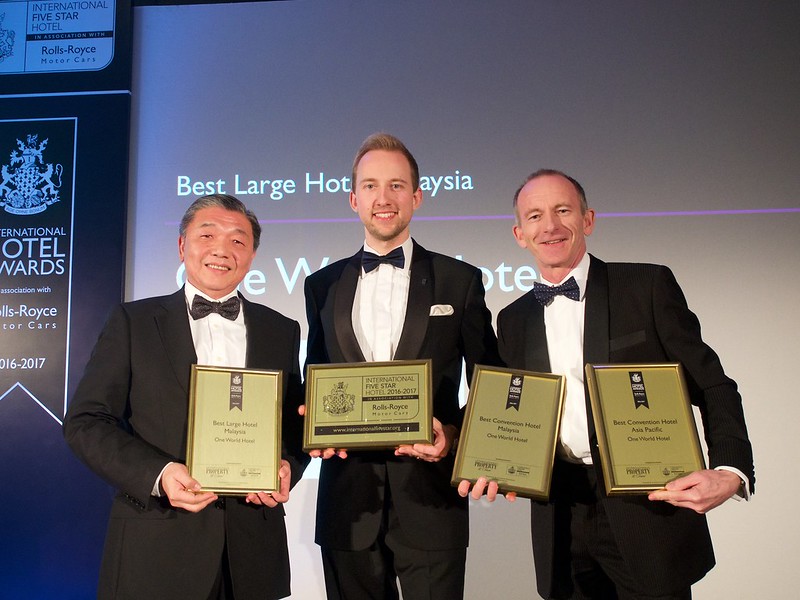 The best hotels from 47 countries across the world have been competing to achieve one or more International Hotel Awards. Winners initially have to prove they are the best nationally before competing against other top scoring hotels from across Asia Pacific, Europe, the Americas, Middle East, Africa and the UK. Each entry was subject to extensive scrutiny by a judging panel of 50 industry experts from across all aspects of the hospitality industry.

As for The International Five Star Hotel Standard recognition, it is the first and only global accreditation that acknowledges exceptional five star hotels for their quality and service in the hospitality industry. In order to be eligible for this accreditation, it is vital for the selected hotels to meet the requirements and undergo rigorous assessment.

“We are deeply proud and honoured to have received not one but four noteworthy accolades at one go. This is by far the greatest achievements we have received throughout my career with One World Hotel. We have successfully made history and kicking off the New Year on the right track! 2015 was indeed a challenging year but I am very proud of my team as they have banded together and went the extra mile in putting everything they have got into success Despite adding these awards to our list of achievements as well as accomplishing the 5-star global standard, we will endeavour to provide optimum service to all our clientele. These awards have given us the added motivation to strive for further excellence,” commented Mr Ho Hoy Sum, General Manager of One World Hotel on these numerous distinctions. 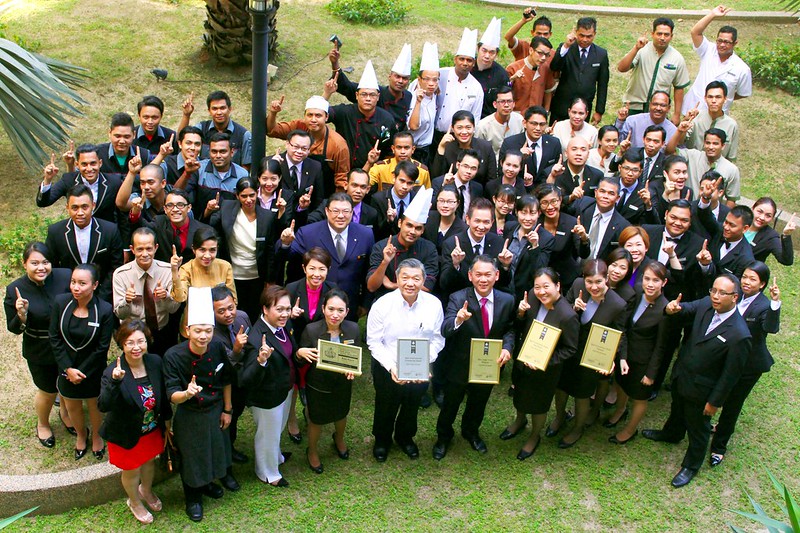 The 5-star One World Hotel features 438 newly-refurbished contemporary guest rooms and suites emphasising sophistication, elegance and innovation complete with luxurious amenities, facilities and services. Adjoined to the award-winning 1 Utama Shopping Centre, the hotel is nestled in the heart of Petaling Jaya’s business district and just minutes away from down town Kuala Lumpur and Kuala Lumpur International Airport (KLIA).

The hotel showcases unparalleled world-class conference and recreation facilities with a total of 5000 sq metres of space comprising the Imperial Ballroom that can accommodate 2000 persons banquet style and 15 other function rooms to choose from. The opulent ballroom is further enhanced with a retractable giant 13.5ft x 32ft LED display screen to enrich conference visual experience.

One World Hotel displays a fine culinary parade of six innovative restaurants and bars, skillfully fusing the creativity cuisine of both East and the West.

Luxuriate at our Fitness Centre, where you can work-out in a sophisticated gymnasium then indulge with a relaxing massage at [email protected] spa.