(December 14, 2017) Asia is spooked: After 10 riveting weeks and hundreds of acts from 15 countries, Asia has voted ‘possessed’ Indonesian illusionist The Sacred Riana as the winner of Asia’s Got Talent Season 2 on AXN.

The Sacred Riana, whose real name is Marie Antoinette Riana Graharani, has become the most anticipated act of the season. Her spooky persona and terrifying magic tricks during the judges’ auditions, semi-finals and grand final episodes collectively achieved over 70 million views on Facebook and YouTube, making her a global sensation. 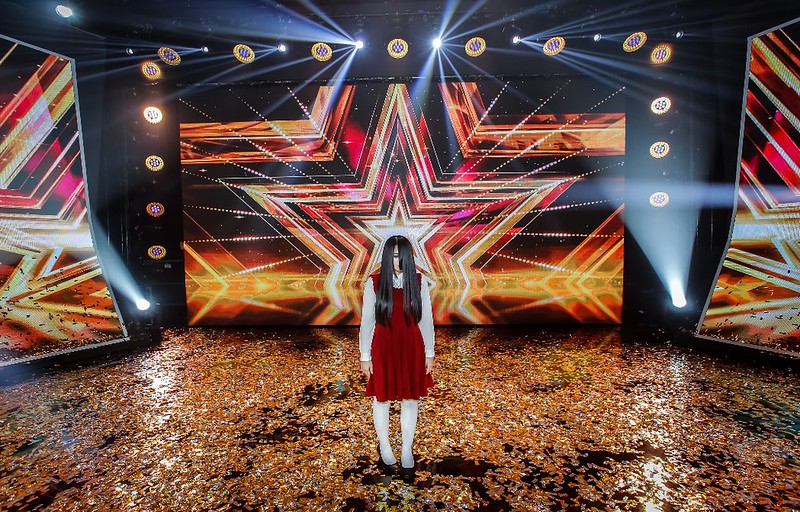 Ultimately, it was The Sacred Riana who rallied the most votes to take home the grand prize of US$100,000, courtesy of presenting sponsor, Traveloka.

“The viewer response to Asia’s Got Talent Season 2 has been truly overwhelming on both pay-TV and social platforms and we are thrilled to produce such a well-loved series for AXN audiences across the region,” said Virginia Lim, Senior Vice President and Head of Content, Production and Marketing, Sony Pictures Television Networks, Asia.

“I extend my warmest congratulations to The Sacred Riana and to all the other grand finalists who made it so far. Asia’s Got Talent is the world’s biggest talent show and we hope that the series inspires the next generation of Asia’s stars to pursue their dreams.”

The Sacred Riana, who is an illusionist of very few words and does not break character even off-stage, appeared to single out and petrify judge Anggun in each of her acts. In the grand final, The Sacred Riana made a star tattoo suddenly appear on the superstar’s hand, before disappearing into a small box and re-emerging seconds later behind a shocked Anggun.

The hit-rated season of Asia’s Got Talent culminated with powerhouse judges, David Foster, Anggun and Jay Park taking over the stage with individual performances.

David delighted the audience on piano with his world-famous piece, “Love Theme from St. Elmo’s Fire”; Anggun dazzled with her new single “What We Remember” from her
latest album ‘8’; and Jay Park performed the world premiere of his new single “Forget About Tomorrow” with Yultron, backed by eight Korean hip-hop dancers.

“Our esteemed judges, David, Anggun and Jay, have been integral to the Asia’s Got Talent experience this season.

Asia’s Got Talent is the 67th adaptation of the Guinness-World-Record-breaking hit “Got Talent” format, which was created by Simon Cowell’s Syco Entertainment and is co-produced by FremantleMedia. The “Got Talent” format is officially the most successful reality TV format in history and currently airs in 186 countries.

Asia’s Got Talent is supported by presenting sponsor Traveloka, the leading travel booking app for all flight and hotel needs; sponsoring partner Great Eastern Life, the market leader in the conventional life insurance business and the largest life insurer in Malaysia by asset size; GoDaddy, the world’s largest cloud platform dedicated to small, independent ventures and 100Plus, the number one isotonic drink.

About AXN AXN is Asia’s leading general entertainment channel, featuring exclusive top-rated drama series, blockbuster features, reality programs and groundbreaking original productions. The channel appeals to a discerning audience seeking content that is smart, intriguing and unexpected, all delivered close to US telecasts. From The Blacklist and MacGyver to Asia’s Got Talent and The Amazing Race Asia, AXN is defined not by a genre, but by an attitude that truly redefines action. Launched first in Asia in 1997, AXN is a global channel brand with a presence in Latin America, Africa and Europe. In Asia, the channel is enjoyed in 126 million households across 19 territories and is available in both SD and HD. AXN Asia is wholly owned by Sony Pictures Entertainment and managed by Sony Pictures Television Networks, Asia, which also operates leading channels including Animax, Sony Channel, ONE and GEM. For further information, please contact: Jarieul Wong Sony Pictures Television Networks, Asia [email protected] +65 9188 3227