“What We Remember”, first excerpt of Anggun’s upcoming international album to be released December 8, is a catchy mid-tempo pop electro track. Beautifully sung with Anggun’s unique and sultry vocals, “What We Remember” delivers a true emotional honesty.

Written by Anggun, the song has been co-composed & produced by two talented French hitmakers (Silvio Lisbonne and Guillaume Boscara), responsible for the some of the biggest French hits over the recent years. Anggun met them while she was promoting her latest French opus (released in 2015) that has been certified Gold in France, her third album sales award in this country, confirming her status as Asia’s export sensation.

With “What We Remember”, Anggun offers us an addictive pop-electro song with an acoustic flavour, that launches the countdown for her much-awaited new international album. 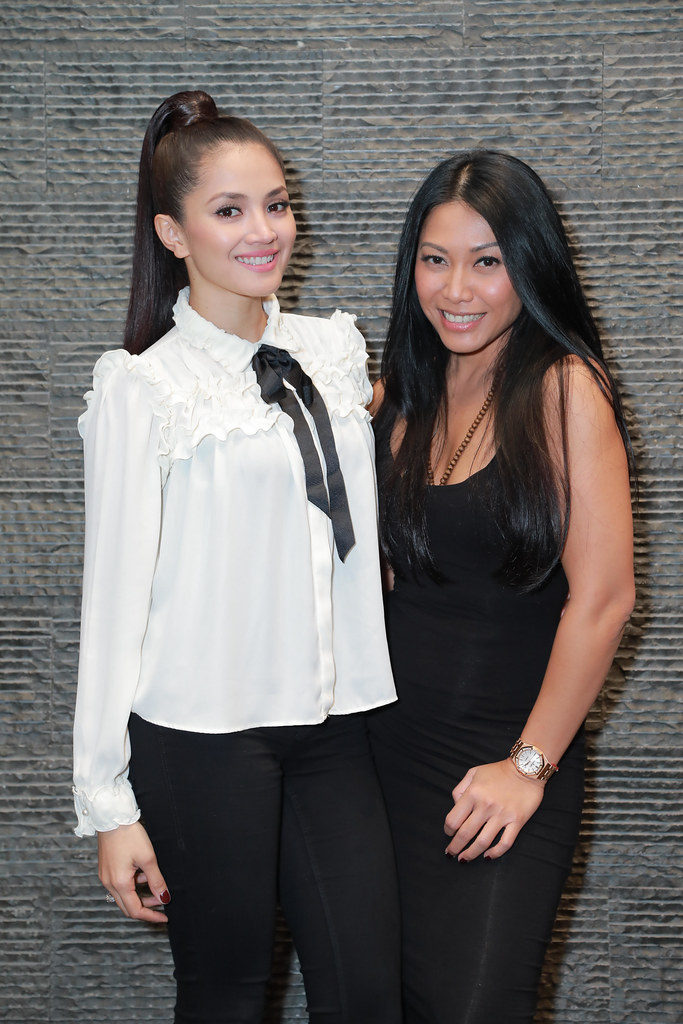 Born in 1974, Anggun is without any doubt the world’s most famous Indonesian-born recording artist, and one of the few Asian entertainers who have earned international acclaim. Starting her career as a child star in Indonesia, she set herself for an international career when she moved to France to pursue her music debut in Europe, at the age of 20.

In the late 90’s, her single “Snow On The Sahara” experienced a massive breakthrough in the French music industry. This soon brought Anggun to the broader international market with the release of her debut international album in 33 countries, which sold over 2 million units worldwide including Triple-Platinum in Italy and Indonesia, Platinum in France and Malaysia, Gold in Switzerland, Finland, Philippines and Singapore, etc. The album reached Billboard’s Top 20 Heatseekers Album Charts, while the hit single “Snow On The Sahara” reached Top 15 in the Billboard Dance Charts and Top 20 in the Billboard Pop Songs Charts.

A few years later, Anggun penned the main theme song for the movie “The Transporter II”, becoming the first Asian-born artist to have performed the main theme song of a #1 US box office film. In 2014, she received a legendary “World Music Award” in Monaco as World’s Best-Selling Asian artist and last year, the artist premiered her wax figure at the prestigious Madame Tussauds museum. She also became part of the Judges panel of ‘Asia’s Got Talent’, the biggest talent TV show on earth, with legendary music producer David Foster.

Besides her musical achievements, Anggun is known as a humanitarian activist, representing the UN Food and Agriculture Organization as a Goodwill Ambassador.

Her brand new single ‘What We Remember’ is an addictive pop-electro single, which entered directly the Top 10 best-selling iTunes songs across Eastern Asia the week of its release (source: AsiaPop40.com). It is the first excerpt from her much-awaited brand new album entitled “8”, to be released Dec. 8th.

8 – Track by track, by Anggun herself

Girls grow up reading fairy tales that are most of the time filled with “Happily ever after” clichés. This song talks about refusing them and understanding that happiness doesn’t necessarily have to come in the form of engagement ring and a wedding, but in finding and acknowledging true love.

We live only once and because life is ephemeral, the only thing that we have is only what we can remember. So making positive memories which impact your life and or others is important.

A separation is never easy, but we have the ability to bounce back and turn something bad into something good. This is an anthem to strong women who have had their hearts broken, to remind them that we can always turn things around and a broken heart can always be mended.

It talks about this overly informed society we live in and the difficulties we face sometimes in knowing who our true friends and enemies really are.

This song is about those doubts we have about love. A lot of us are scared to fall, not knowing if someone would catch us. But to me a heart is meant to feel every single thing, from those fragments of happiness to the waves of pain. When we feel, we know that we are alive.

We rely too much on medication and on theories about why, what and how to fix our issues. Every person is designed differently. First, we have to get to know ourselves and find our own ways to deal with our problems.

It’s the fact that at the moment the world has the tendency to elect the wrong people as leaders. All politics aside I don’t understand our lack of empathy and common sense. And horrific tragedies that have happened and are still happening in front of our eyes frightened me. I see humans but no humanity.

It’s that classic alpha female moment when she gets territorial 🙂

Life is about balance. Always go for those who love you but also acknowledge the presence of haters. This song is a reminder that no one can hurt you without your consent. You have the choice and the power to rise above.

Remember to always, always and always be grateful.