The first out of four episodes will introduce the fantastic cast behind this exciting interactive web film; Reza, a talented musician and the band’s lead singer is brought to life by acclaimed actor Iedil Putra, gorgeous Deanna who is gifted with a beautiful voice is played by award winning actress Christina Suzanne, Awang Masrin is Adam, the band’s sentimental guitarist and creative mind, while singer songwriter Bo Amir Iqram plays the role of Haris, the band’s geeky drummer.

Last but not least, Road to Ramlee will feature YouTuber and actor Sean Lee who plays the role of the young keyboardist Johnny. Together, they will embark on an exciting journey, made possible by the Samsung GALAXY Note 4, to pay tribute to P. Ramlee through what is known best to the legend himself – music.

Stay tune to the Samsung Malaysia YouTube channel at https://www.youtube.com/user/SamsungMalaysia and be the first to watch the Road to Ramlee first episode on tonight! We’ll keep you posted on the release dates of the remaining three episodes so do keep a look out for our updates. 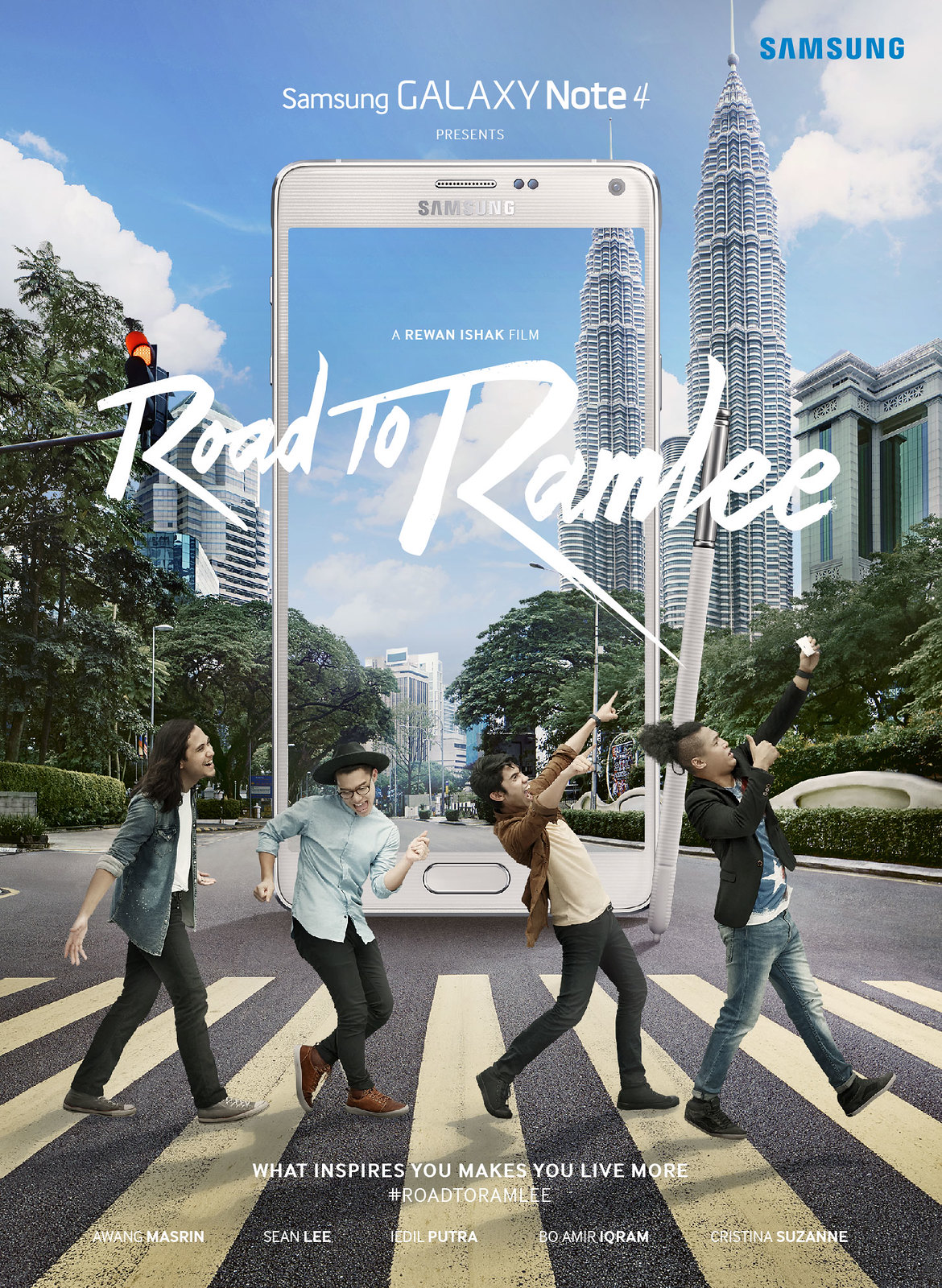