RED BULL MALAYSIA ON THE HUNT

FOR RACE DRIVERS
First Roadshow to be held this weekend

Red Bull Malaysia begins its search for 2 males and 2 females aged between 18 – 25 years old at Berjaya Times Square on 14 – 15 April 2012 to join its Red Bull Rookies Driver programme. Those selected from the search will go on to participate at the Sepang 1,000KM (S1K) race in December.

The Red Bull Rookies Team was formed in 2007, made up of passionate young women who had an interest in motorsports. Upon its success, the Red Bull Rookies team expanded its search to Singapore and Brunei to find, fund and nurture aspiring, up-and-coming driving talent by preparing them for Asia’s biggest endurance competition, the S1K race. 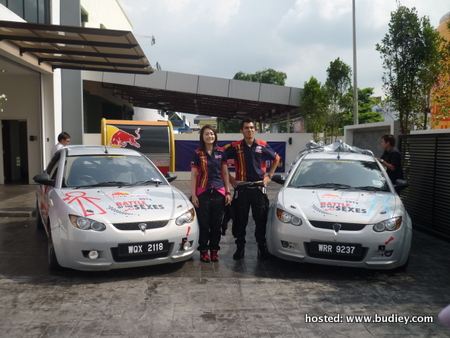 This year however, Red Bull Malaysia will form two teams, one male and one female to compete with each other at the S1K race which will be held 6 – 8 December 2012. The male and female teams will be led respectively by anchor drivers Mark Darwin and Melissa Huang.

“Besides a passion for motorsports, my team mates will definitely need the basic driving skills and be highly competitive like me. But then again, I’d settle for an endurance freak that’s out to prove girls can race better than the boys too,” said Melissa.

The programme will train them in the various critical and essential aspects of racing such as physical training, team dynamics, racing techniques and interpersonal skills, leading up to the S1K race.

According to Mark, “Having the right team mates will be important and I’d like them to be just as passionate for motorsports and experienced in racing as I am who are team players that are willing to learn. They should have similar ambitions like me but hopefully not be skinnier than, as the race car needs to be weighed down!”

The drivers will be trained by Kenvin Low, Chief Trainer of Asia Advanced Driving Academy (AADA).

For more information about the Red Bull Rookies, visit www.redbull.com.my or www.facebook.com/Red-Bull-Rookies. 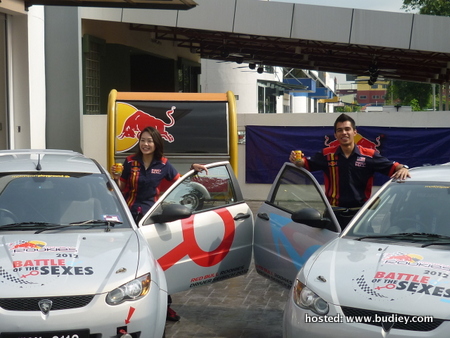 About Red Bull Malaysia
Red Bull Energy Drink is a functional drink that improves concentration and revitalises the body and mind, making it perfect to consume when the body is exposed to stress and strain. It can also stimulate mental and physical alertness in addition to increasing physical endurance, improving reaction speed and overall concentration as well as boosting the body’s stamina and improving on an overall feeling of well-being.
More than a billion cans of Red Bull are consumed each year throughout the world. The effectiveness of Red Bull Energy Drink has been proven by a large number of scientific studies and is appreciated by many of the world’s top athletes and drivers, opinion-leaders and hard-working people with active lifestyles.