12,500 fans blown away by the electric performance of fine American pop group

Kuala Lumpur, 11 April 2012 – It was a night to remember as LMFAO, the electrifying pop group from the US, graced our Malaysian shores for a glittering performance. About 12,500 fans joined the quirky, energetic, and colourful performance at Sunway Lagoon’s Surf Beach last night.

Samsung, official title sponsor of the event, set the tone for the special day with a mini carnival at the concert area at Surf Beach. This carnival saw fans enjoy free software upgrades for their Samsung phones, as well as browse new phones from Samsung. Fans were also given a chance to win exciting premiums that they could bring to the main event at night.

The day then turned to night and as crowds of party rockers – some dressed in the brightest and funkiest clothes in honour of the band – started to fill the Sunway Lagoon Surf Beach, there was an obvious excitement in the air. DJ Adrian, Immableepyouup vs Midlifecrisis and DJ Patrick Oliver got on stage to deliver a stellar opener, setting the crowd’s energy to ‘HIGH’ right before the main event.

Then came the moment everyone was waiting for – the crowd exploded with in a delightful roar when the first melody of LMFAO’s hit single, “Sorry For Party Rocking”, signaled the entrance of RedFoo and band. Accompanied by Quest Crew, a dance group, LMFAO belted out hit after hit from its debut and latest albums like “Sexy and I Know It”, which reached number one on the Billboard Hot 100 in January, and “Party Rock Anthem”, their most successful hit to date – peaking at number one on charts in the United States, Canada, the UK and ten other countries.

The crowd was treated to a highly energetic, aural and visual feast of electro-pop tunes that it made up for the absence of SkyBlu – one half of the LMFAO enigma – who released a statement earlier in March, announcing his pulling out of the tour due to a back injury.

Kwon Jae Hoon, Managing Director of Samsung Malaysia Electronics, said “It was encouraging to see so many young folks with so much passion. We can relate to passion, as it provided Samsung with the drive to be where we are today. We have always been committed to rewarding our consumers with enriching experiences, whether through our innovative products or through an event such as LMFAO Live in Malaysia 2012.”

Earlier in March, Samsung gave their young consumers a chance to redeem a pair of free tickets to the LMFAO concert by flashing a Samsung GALAXY Y at selected locations – giving out over 1,000 tickets nationwide. Samsung gave fans a chance to win more tickets through a shuffling contest held at Sunway Pyramid, the main location for the free ticket giveaway.

Besides the free ticket giveaway and shuffling contest, Samsung gave 3 lucky fans a chance to not only win tickets to the concert, but also join LMFAO for an exclusive backstage meet & greet session by participating in an online video contest. Titled the “Goreng Krew Online Video Contest”, the contest saw hopeful participants make videos of their version of LMFAO in a Malaysian context.

Contest winner, 20 year old Stacy Esmeralda, ecstatic from meeting the band said, “Meeting RedFoo is everything that I wanted. We were checking our uploaded video every day! I still can’t believe I got to meet him. I also got to hang out with Quest Crew for a bit – they were cool! Thank you so much, Samsung!” 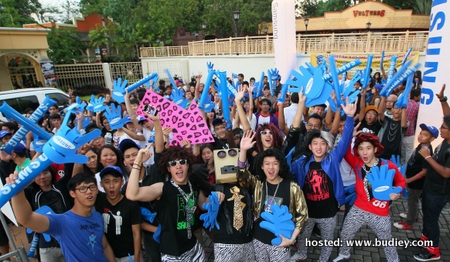 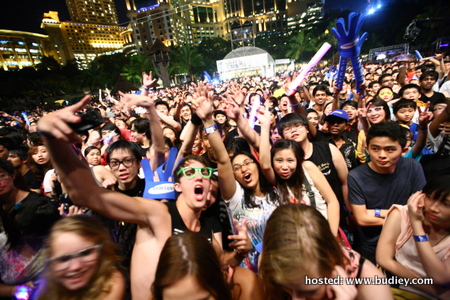 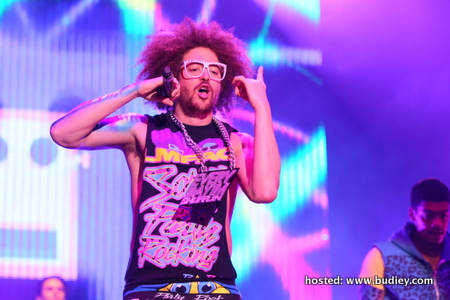 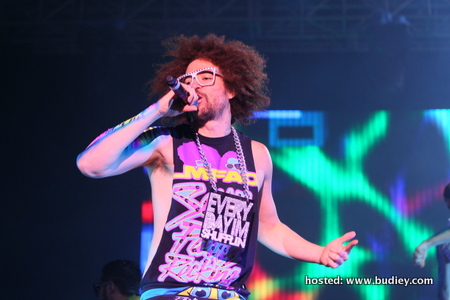 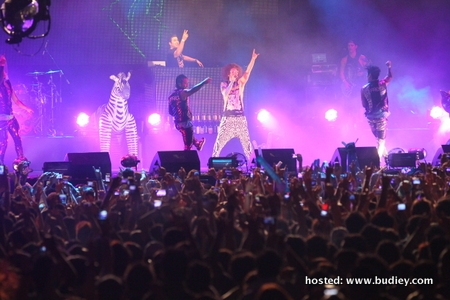 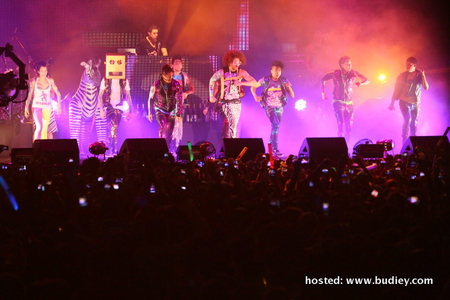 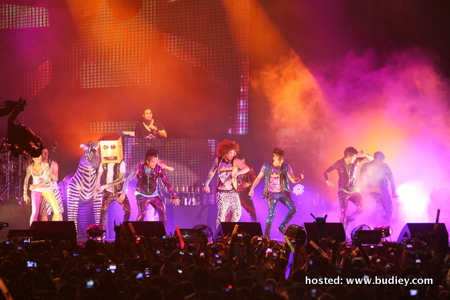