“To Bloom in Radiant Light”. Translated from its Arabic origin illustrates the beauty and depth behind the name, Nadhira Nishaa. The Malaysian-born singer songwriter has been mad about music for as long as she can remember. She has travelled extensively and has grown up in the UK, Brunei & Indonesia.

The MoveMint is proud to present Nadhira’s debut project “From Malaysia With Love”.

Like many musicians, her dream to become an accomplished and successful artist has developed to shape her style in many different ways over the years.
Having been classically trained on the piano at London’s Royal Academy of Music, Nadhira’s appreciation for a wide variety of musical genres is genuine. 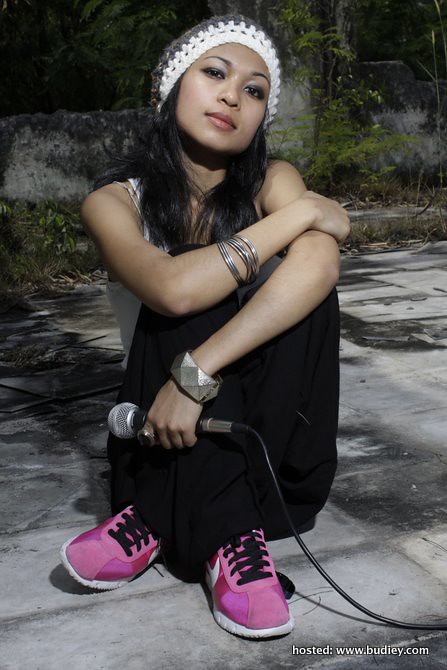 Her attraction to R&B and its endless possibilities is where she finds herself most comfortable, and drawing from her personal experience is what inspired her 8 track EP “From Malaysia With Love.”

At the beginning of 2010 Nadhira unleashed her 1st single “Breaking Up” Ft. King Lhota (Senegal), which rose to the #1 spot on Fly FM’s Campur Chart, setting the stage for the release of “Do It Again”.

“Do It Again” quickly climbed the HITZ.FM MET 10 chart reaching #1 for a few weeks. The music video, produced by Three Librans Production, followed airing on HITZ.TV & 8TV and reached over 10,000 views after just a few months on YouTube.

Not only with support from Malaysia, Nadhira toured Canada to promote “From Malaysia With Love”, performing in Toronto, Vancouver & Salt Spring Island to appreciative crowds.

Aside from performing and promoting her current project, Nadhira is busy at work on her next project with South American label Mediadores and is a partner in the entertainment company The MoveMint.