The brain behind this blog, Budiey celebrated the blog’s 3rd anniversary in Neway Karaoke Box, Berjaya Times Square on 24th January, 2010. On that day, all his readers were requested to wear a red T-shirt provided by Budiey and each of the readers received a goody bag upon registration. All of his readers were invited to enjoy a delightful lunch before the show started.

Budiey invited Ajieb as host of the party and also invited several celebrities such as Sabhi Saddi, Hyrul & Khairul from Mentor, Mimi from Mystarz LG, IZ from OIAM, Rubisa from AF7 and Iqwal to perform to the delight of his readers. There was a lucky draw activity and prizes which included an iPod Nano, a DVD player, Coffee maker & hamper.

Budiey also announced the winners from contests at his blog. The categories contested were The Most Coolest reader, The Most Sporting reader, The Most Loyal reader, The Most Romantic Couple reader & The Most Outstanding Costume for Male & Female. Last but not least, this party ends with a cake cutting ceremony and a photo taking session for his readers and the celebrities. You may log on to his blog (www.budiey.com) to view more news & photos. 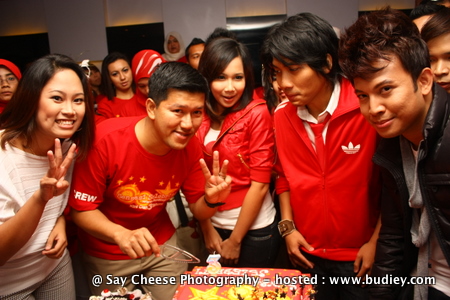 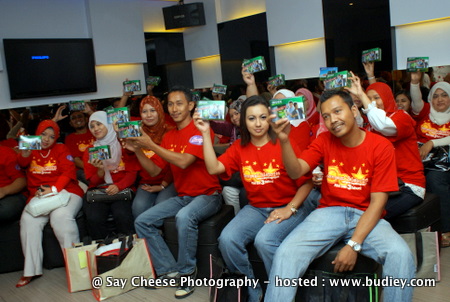 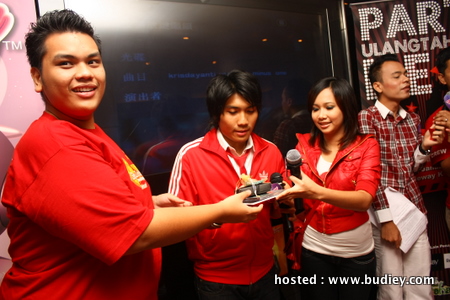