Netflix concluded its inaugural content event in Asia, “See What’s Next: Asia” with a celebration of the company’s rapidly growing diverse content slate in India. 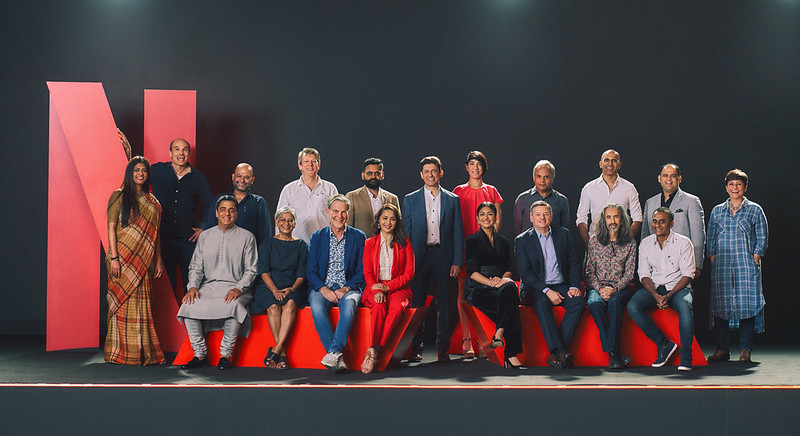 “We celebrate India today with an incredible line-up of original films and series that are right now filming across India. This line-up cuts across genres from horror to fantasy and in locations from Leh to Mumbai. The breadth of stories with its local settings and complex characters is incredibleand we can’t wait for people to discover and fall in love with them,” said Ted Sarandos, Chief Content Officer for Netflix. 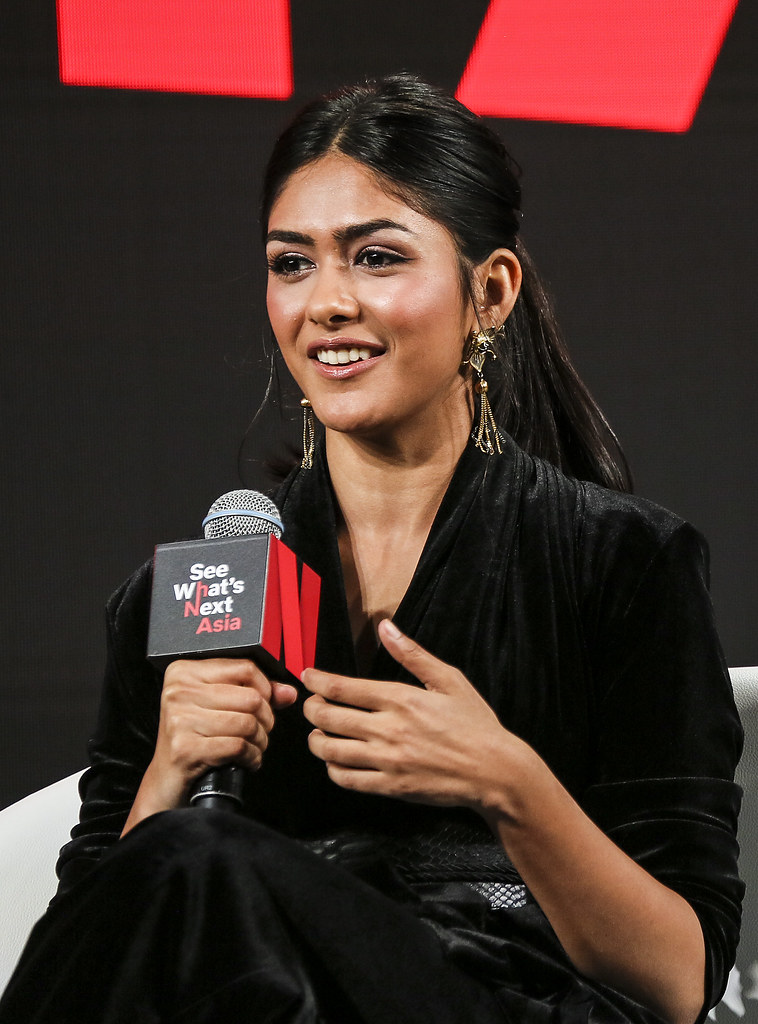 Mrunal Thakur speaks during a panel on day two of the Netflix See What’s Next: Asia event at the Marina Bay Sands on November 9, 2018 in Singapore. (Photo by Ore Huiying/Getty Images for Netflix)

The “Celebrating India” session at the event saw media and influencers from 11 countries across Asia witness the breadth and depth of Netflix Indian Originals. The updates on four original series include: 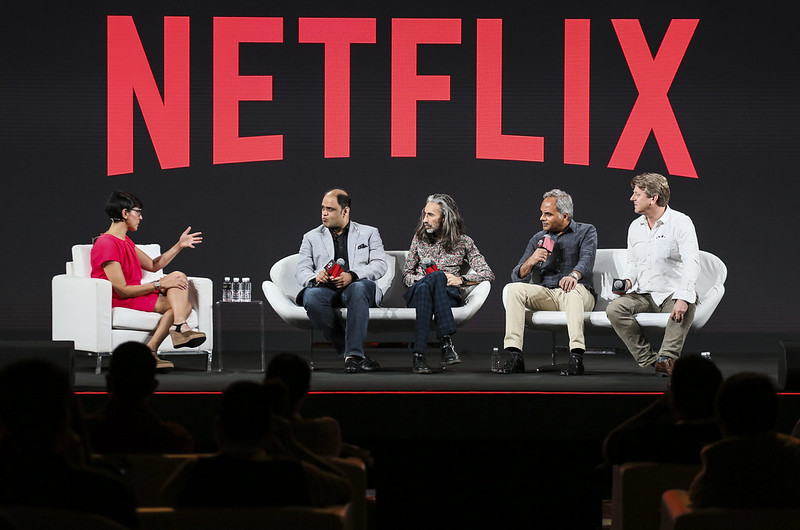 Netflix rounded off these updates with the announcement of a new original series:

Typewriter is about a haunted house and a haunted book that stir the imagination of a group of young, wannabe ghost hunters, and a dog, determined to capture the ghost that plagues the notorious home in their neighbourhood in Goa. When a new family and their captivating daughter move into the haunted home, the crew finds it difficult to balance the demands of school and chores with the renewed urgency to capture the neighbourhood ghost before it is too late.

Chopsticks is about an under-confident but talented girl, sidestepped at every stage of her life, who seeks out an enigmatic con to help recover her stolen car from a goat-loving, crazy Mumbai gangster. In the process, she finds her confidence and place in the sun. Along with Mithila Palkar who won hearts in Netflix series Little Things 02, Abhay Deol and Vijay Raaz will act in the film.Chopsticks is produced by Ashvini Yardi of Vineyard Productions and directed by Sachin Yardi.

Bulbul, produced by Anushka Sharma and Karnesh Sharma’s Clean Slate Films, is a period piece setin a vibrant atmosphere amidst age-old beliefs and superstitions. Satya and his brother’s childbride, Bulbul, were inseparable until he was sent to England for his education. On his return, he finds Bulbul has been abandoned by his brother and now lives a solitary existence as the enigmatic lady-of-the-palace, dedicating herself to the welfare of the people. But their ancestral village is plagued by mysterious deaths and stories of a haunting by a woman who lives in the trees. Satyamust find the truth behind the lore and save his village from the evil “chudail with the inverted feet”. 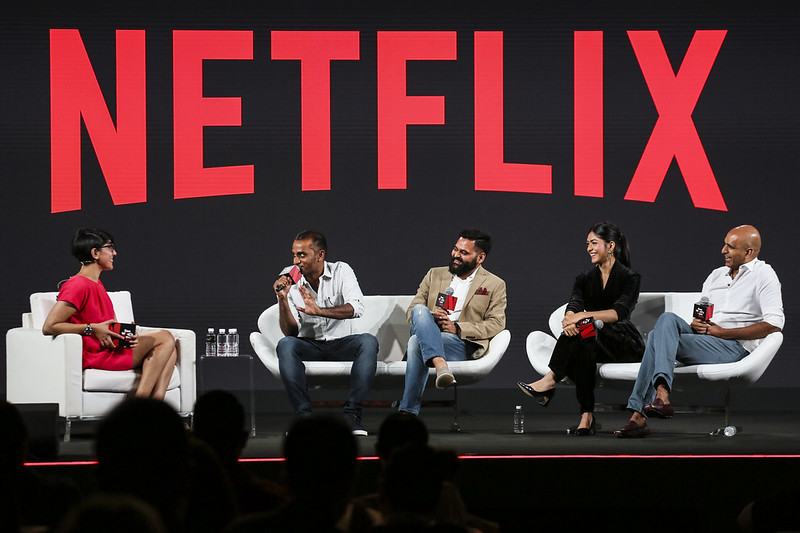 Upstarts is a bromance about three college graduates from small-town India, captivated by the startup mania sweeping the country. As they enter the rollercoaster startup ecosystem of big dreams, big money and bigger sharks, they are faced with a big choice – their dreams, or their friendship. Directed by Udai Singh Pawar, Upstarts is produced by Raja Menon, Janani Ravichandran and Jawahar Sharma of Bandra West Productions. This film is supported by real-life heroes from the startup world in Bengaluru.

Cobalt Blue, based on the best-selling novel of the same name, is the story of a brother and sister who fall in love with the same man, and how a traditional Marathi family is shattered by the ensuing events. This story brings out the pain and the beauty of forbidden love, and is written and directed by Sachin Kundalkar. 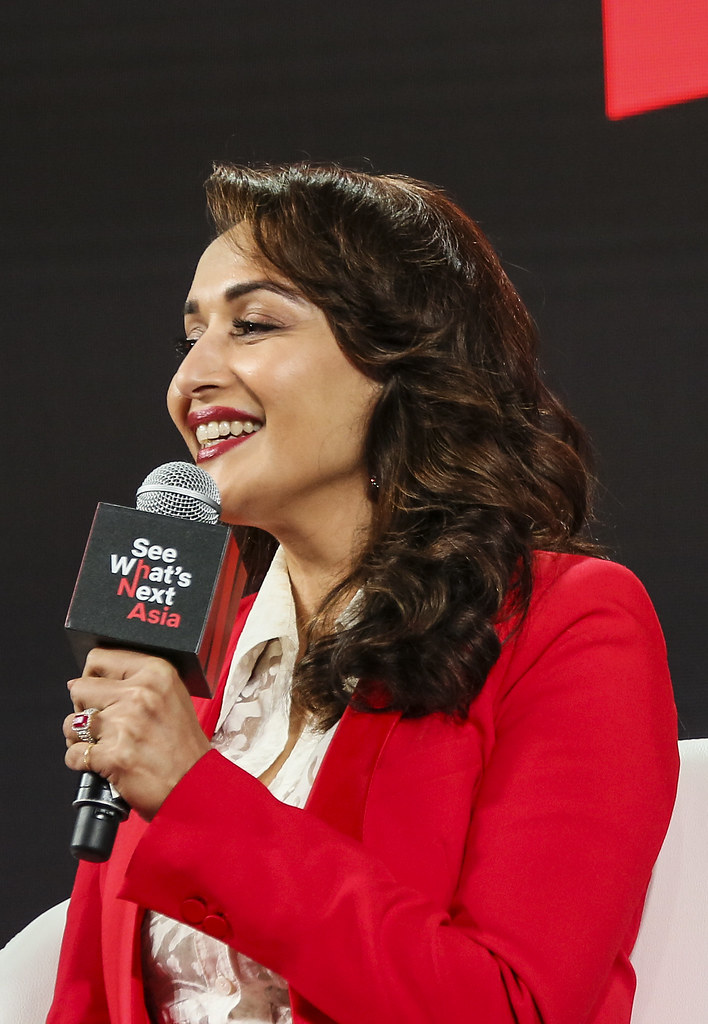 15th August, produced by Madhuri Dixit, is set in a Mumbai Chawl, and follows the course of a single day as its residents prepare for the flag-hoisting ceremony. This Marathi film is about the struggles of middles-class India and in a soaring climax, it is about how love sets us free.

Music Teacher, directed by Sarthak Dasgupta, is a story about an emotionally troubled music teacher, essayed by Manav Kaul, who gets a chance to come to terms with his bitterness with an estranged student, now a renowned celebrity singer of Bollywood. The music teacher vows to get back everything he lost in the past risking all his achievements in the present day.

Hotel Mumbai tells the astonishing true story of the victims and survivors of the devastating attacks on Mumbai in 2008. The film directed by Anthony Maras stars Dev Patel, Armie Hammer, Nazanin Boniadi, Anupam Kher, Jason Isaacs. This film is available on Netflix in the SAARC region only.

Firebrand, directed by Aruna Raje and produced by Priyanka Chopra, Firebrand is a Marathi Film that follows a successful lawyer, a sexual assault victim played by Usha Jadhav, as she tackles difficult family cases while also dealing with intimacy issues in her own marriage. Girish Kulkarni essays the role of her husband Madhav Patkar, an architect by profession. Sachin Khedekar and Rajeshwari Sachdev play a couple in the movie which is high on drama. 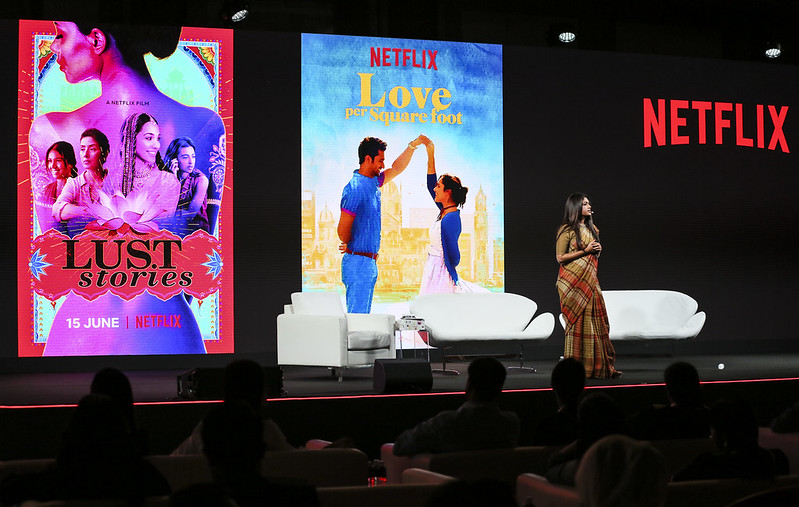 Netflix Director of International Originals and Acquisitions Swati Shetty speaks during a panel on day two of the Netflix See What’s Next: Asia event at the Marina Bay Sands on November 9, 2018 in Singapore. (Photo by Ore Huiying/Getty Images for Netflix)