The nation’s first online reality series jointly presented by HP & Intel is all set to continue its successful 2nd season run with a sizzling fashion show by its finalists at Mist Club, Bangsar, on 16th March 2009.

The groundbreaking model search online reality series is aired exclusively on www.malaysiandreamgirl.tv and chronicles the lives and aspirations of 11 aspiring models as they live together and compete to be the next Malaysian Dreamgirl. 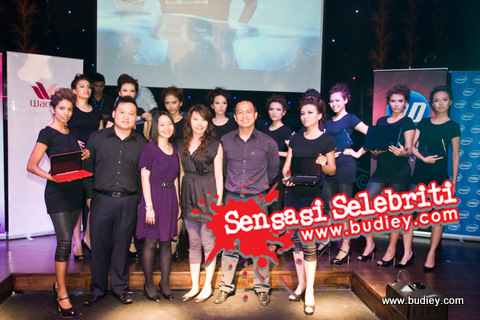 The 11 finalists were chosen from earlier auditions held in Kuala Lumpur, Penang, Ipoh and Johor Bahru from 13th December 2008 to 10th January 2009. Before reaching the final elimination round, the 11 have been put through a series of photo shoots, fashion and grooming workshops and other competitive tasks, all the while catching a glimpse of the hardworking yet glamorous life of a model.

This evening’s fashion show is their first ever in front of a live audience.

In the final round, the finalists will be staying together in an undisclosed location over a period of 2 months. They will be eliminated every week based on SMS voting, with the last girl standing being crowned as the next Malaysian Dreamgirl.

“We are excited about this group of 11 finalists. There is potential among them and I’ve been particularly impressed with their photo shoots. I’m now looking forward to seeing them on the runway for the first time,” Elaine said.

“HP is thrilled to be the title sponsor for the second season of Malaysian Dreamgirl. With the success of the first season, especially among the Gen-Yers, the Malaysian Dreamgirl reality show is an excellent platform for us to reach out our target audience and communicate HP’s ‘The Computer is Personal Again’ philosophy,” said Danny Lee, Country General Manager, Personal Systems Group, HP Malaysia.

“Online entertainment has become the norm for most Malaysians and the increasing popularity of the Malaysian Dreamgirl online reality show is a testament of how Malaysians consume digital content over the Internet today. And thanks to the advanced Intel Centrino Processor Technology for notebooks, Malaysians can now view and enjoy rich multimedia content from the official Malaysian Dreamgirl website at www.malaysiandreamgirl.tv,” said Norhizam Kadir, Marketing Manager, Intel Malaysia.

Malaysian Dreamgirl 2 is currently screening at www.malaysiandreamgirl.tv. New episodes are released every Thursday and Saturday with 20 episodes in all.

The 11 finalists of Malaysian Dreamgirl Season 2 are: