The highly successful “Malaysia, Jom Lebih Sihat!” campaign, initiated by Lifebuoy Malaysia today officially came to a close, at a closing ceremony organised by the hygiene care brand with the support of Giant Hypermarket and Cold Storage Supermarket. The ceremony was held at Highstreet concourse, 1 Utama Shopping Centre. 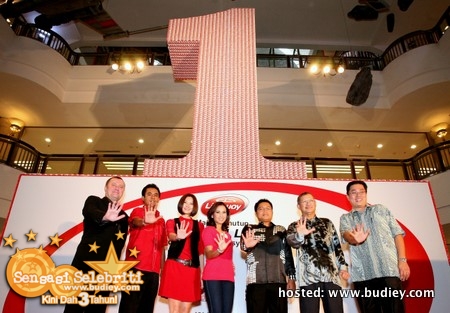 Just mere weeks before the closing ceremony, Lifebuoy had announced that the campaign, which had leveraged on the extensive store network of Giant and Cold Storage and their huge customer base, was a great success as it had successfully accumulated one million soap bars for donation to the underprivileged. Besides being the biggest donation ever performed by the hygiene care brand and Unilever Malaysia in the country, the initiative today was also certified by the Malaysia Book of Records as the largest soap bar contribution for charity.

The campaign was initiated to create awareness on the importance of practicing good personal hygiene towards a healthier life and eventually to provide the underprivileged in Malaysia with the opportunity to live with greater freedom from health problems through the provision of hygiene care products. The campaign objectives are also consistent with Lifebuoy’s global social mission which is to bring safety, security and health to people around the world through hygiene advocacy.

During the campaign period, from 1 March 2010 to 31 May 2010, every purchase of a Lifebuoy product contributed to the giveaway of a Lifebuoy soap bar to the underprivileged families and individuals living in poor communities and remote areas in the country. From the start of the campaign, Lifebuoy had aimed to accumulate a total of one million soap bars at the end of the campaign for the donation.

To ensure that this campaign is a success not only in the donation of soap bars themselves, but also to ensure that the donated soap bars reach the right beneficiaries, MAKPEM and three other social welfare associations; HOPE Worldwide, The Yellow House Society and the Community Support Network have rendered their support and commitment towards the campaign to provide Lifebuoy with on-ground support in distributing the one million soap bars to the beneficiaries. The distribution of the soap bars to the beneficiaries is expected to begin in July this year. MAKPEM and the three other NGOs will also support Lifebuoy’s effort by incorporating hygiene education and other relevant programmes during the distribution of soap bars to the less fortunate.

Speaking at the closing ceremony, Home and Personal Care Director of Unilever (Malaysia) Holdings Sdn Bhd, Mr Ainul Yaqin said, “Lifebuoy was first launched in 1894 to support people in their quest for better personal hygiene. We have been evolving constantly to keep up with changing consumer needs. Today, more than 1.6 billion people around the world trust Lifebuoy products to protect themselves and their families from germs. I would like to thank all Malaysians, for taking up the “Jom Lebih Sihat!” pledge to make this campaign a success. With your support, one million Lifebuoy soap bars will now be distributed to the less fortunate, making a positive impact in their lives. Our sincere hope is that as Lifebuoy continues to evolve with the times, we will continue to be a part of your lives.”

The campaign’s closing ceremony was hyped up with the display of a first-of-its-kind giant structure, in the shape of the number ‘1’ with dimension equivalent to one million Lifebuoy soap bars. The structure, which was displayed at 1Utama shopping mall since 16 June 2010, was aimed at showcasing to the public a tangible representation of their support to the underprivileged and Lifebuoy’s commitment to help people lead a healthier life. 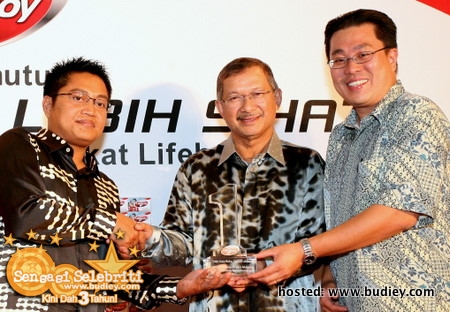 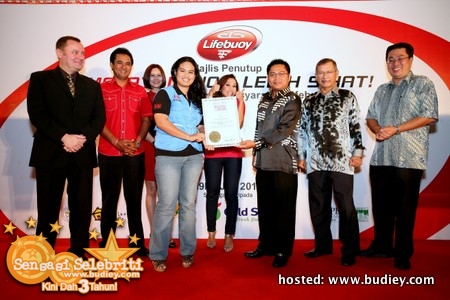