This is the first partnership of its kind globally between a low cost carrier (LCC) and an online travel agent (OTA). This “marriage made in heaven” between the world’s largest online travel company, and the world’s most innovative airline, allows both companies to build on each other’s strength in bringing happiness through travel to the world’s travellers. 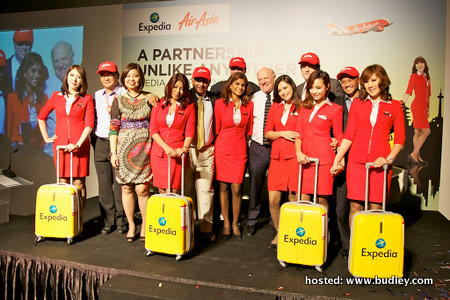 Under the joint venture agreement, a new company will be formed to operate Expedia, Inc.’s Expedia® branded businesses in Japan, India, Southeast Asia and other East Asian markets, as well as AirAsia’s AirAsiaGo and GoRooms businesses. The new venture will build on AirAsia’s unique local marketing expertise, along with Expedia’s world leading technology, and both companies’ quality travel products in the region and beyond.

The new venture will have the exclusive online third-party distribution rights in the region for AirAsia and AirAsiaX flights and travel packages meaning that with few exceptions in the region the only place to find and book AirAsia flights online will be AirAsia.com, AirAsiaGo.com and Expedia. Taken together with over 130,000 hotels worldwide, this will create a unique set of packages for Asian customers at incredibly low rates on both the AirAsiaGo and Expedia sites.

Dato’ Sri Dr. Tony Fernandes, Group CEO, AirAsia, said, “With this announcement AirAsia and Expedia are launching a revolution in online travel for Asia. This partnership between two global brands and leaders in the travel industry comes at a time when online travel bookings are exploding in the region. Asia, and its booming economy, offers a huge opportunity to develop a set of loved consumer brands. 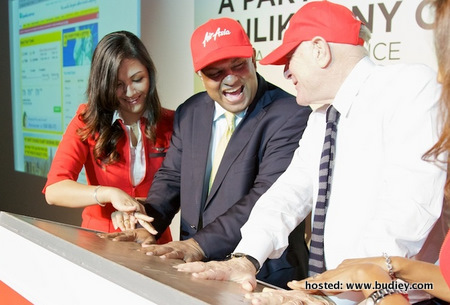 “We are excited to have Expedia as our partner and are proud to welcome them to Asia. We’ve taken our time to find a great partner that understands Asia and matches our drive, passion and aspiration.” added Fernandes.

“AirAsia has made it possible for everyone to fly. Through this partnership with Expedia we hope to share the same experience we’ve shared with others and take our unique travel and brand experience further, farther and wider,” Fernandes concluded.

Barry Diller, Chairman and Senior Executive, Expedia, Inc., said, “By partnering with AirAsia, Expedia is taking an important step in developing our global position. This is particularly exciting, given Asia’s influence in the online travel marketplace.”

“We couldn’t have found a better partner than AirAsia. In addition to being the region’s leading low cost carrier, the airline also shares Expedia’s aspiration to make travel accessible to everyone. I’m deeply impressed by AirAsia’s growth in such a short period of time, and its amazing network.”

“There is a lot of focus on travel in Asia today and this collaboration allows our customers to connect to a great network here via AirAsia. Combined with Expedia’s impressive selection of global travel offerings and package technology, we think this partnership enables both companies to offer travellers world-class travel products at an unparalleled value,” Diller added.