After months of excitement, Golden Screen Cinemas finally concluded the Johor edition of its “Ticket to Drive” contest, crowning Nadira Asmat, a student from KL currently studying at Universiti Teknologi Malaysia, Johor, as the winner of a brand-new Nissan Almera. Nadira bested 14 other finalists in a series of challenges and games held on-ground at GSC Paradigm, Johor Bahru as part of a grand finale event. 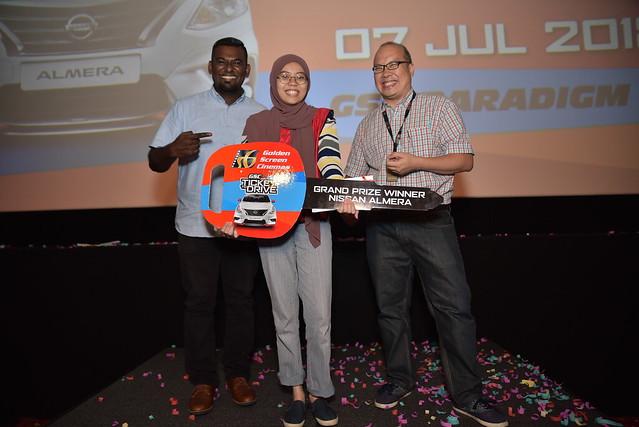 As part of the grand finale, finalists took part in several rounds of fun yet challenging games that tested their mettle. For the first round, “GSC Golden Hunt” tasked contestants with solving a series of clues in a treasure hunt around the mall. This was followed by “Remember Remember”, where contestants tested their memory and skill by matching movie poster cards on the cinema screen.

This culminated with the final round, “Movie Tic Tac Toe” where the top three finalists were required to compete in a giant game of Tic Tac Toe using the cinema hall’s seats, earning a mark for every clue they were able to crack correctly. Nadira emerged the victor, besting two other finalists by being the first to form the line of 4 knots and crosses.

“We are thrilled with the success of ‘Ticket to Drive’, which we kicked-off as a contest in conjunction with our 30th anniversary in 2017 to reward loyal customers who have supported us throughout the years. We would like to congratulate the winners and thank all our customers for taking part,” said Mr Lionel Loh, Senior Marketing Manager, Golden Screen Cinemas.

The top prize for the Johor edition of ‘Ticket to Drive’ consists of an alluring Nissan Almera, gifts from Pandora worth RM1,500, and six months-worth of movie tickets and popcorn combos. Other contestants in the finale event also took home amazing prizes such as ZTE Axon 7 phones, gifts from Pandora, Dolby Atmos movie vouchers, as well as movie and popcorn vouchers. 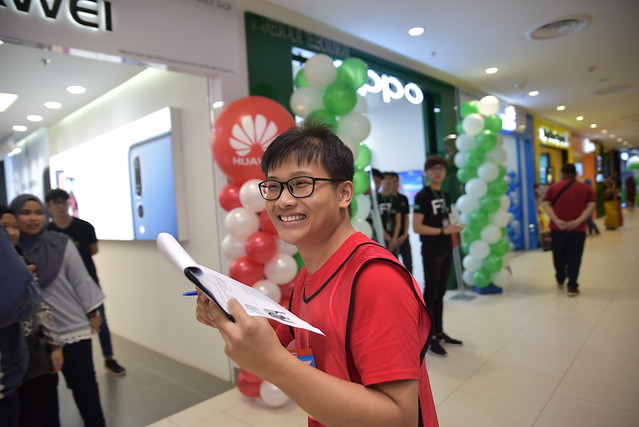 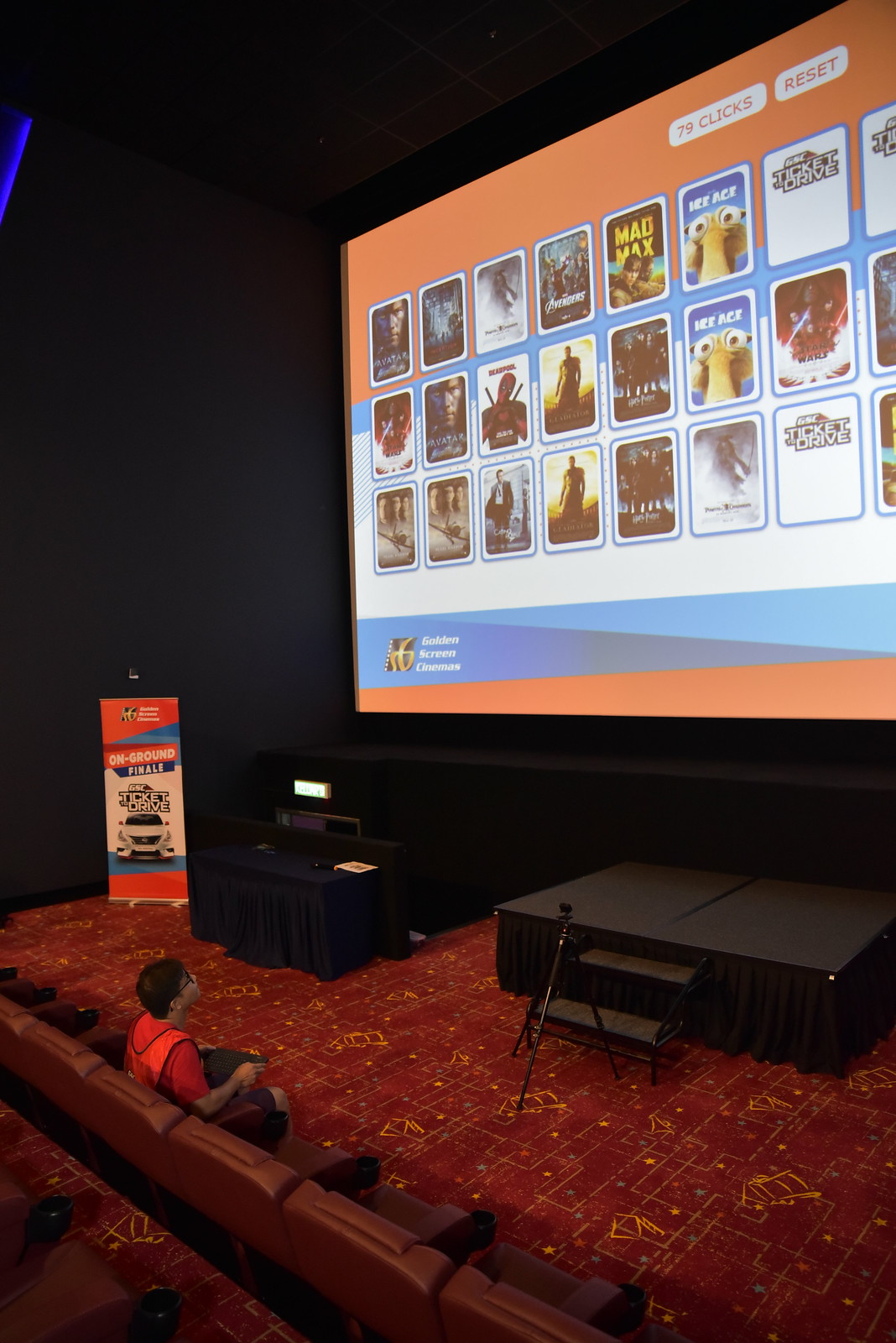 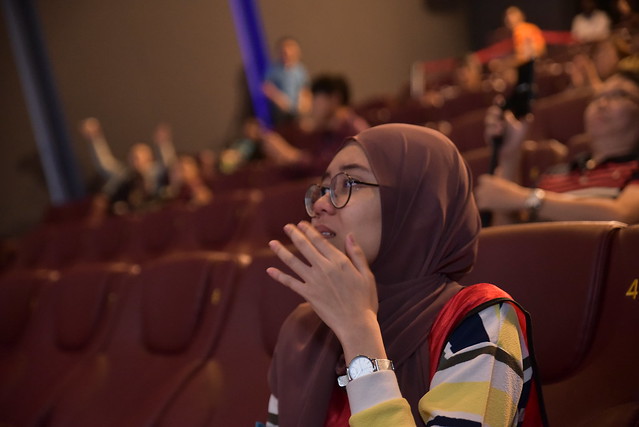 About GSC
Golden Screen Cinemas Sdn Bhd (GSC), Malaysia’s largest cinema exhibitor, is a wholly-owned subsidiary of the PPB Group (a member of the Kuok Group). GSC operates a total of 433 screens in 50 locations across Malaysia and Vietnam, with 344 screens in 36 locations in Malaysia, and 89 screens in 14 locations in Vietnam through a partnership with Galaxy Studio.

Aspiring to be a regional cinema and content operator that is recognized for providing total quality movie entertainment, GSC offers THX-certified halls and the multi-dimensional Dolby Atmos® audio surround technology across Malaysia. The 21-screen GSC Mid Valley Megamall holds the record of being the largest multiplex in Southeast Asia, while GSC Paradigm JB houses the largest GSC Maxx screen in Malaysia.