Seventeen years ago this December, Malaysia was traumatized by a disaster that to this day remains a painful memory. At 1.35pm on 11 December 1993, a twelve-story block of apartments in Kuala Lumpur at the Highland Towers condominium suddenly collapsed, killing 48 people.

In a one hour special feature, AETN All Asia Networks which owns and operates the channel HISTORY™ (Astro Ch 555), retells the story of what happened that fateful day. 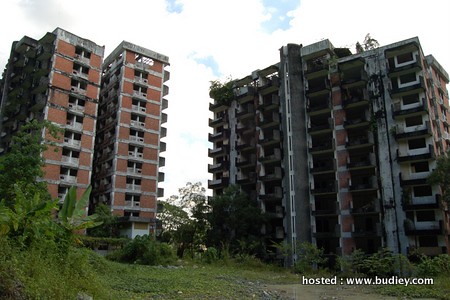 The primary cause of the tragic incident had been 10 days of unrelenting tropical rainfall that caused an enormous mudslide that toppled Block 1. The city’s fire and rescue services faced an unprecedented situation as they struggled to find survivors in the massive heap of twisted wreckage, while relatives and friends waited desperately for news of the missing.

In the aftermath of the tragedy, came an avalanche of urgent questions. Why had Highland Towers collapsed, and who should be called to account? In the first documentary account of this emotionally charged real life story, we hear the raw heart-rending stories of the men and women who lived through the tragedy and those that lost loved ones.

We are taken back to the crucial hours and days – with never-before-seen footage, caught on tape by the BOMBA rescuers themselves – as emergency crews and ordinary people worked around the clock in the hope of finding survivors buried under the layers of rubble.

Louis Boswell, General Manager of AETN All Asia Networks said: “The collapse of Highland Towers was a tragic accident, the consequences of which are felt to this day in Kuala Lumpur. No documentary covering the incident has ever been aired. We felt that on this, the 17th anniversary, the time was right to revisit the events and look at what happened that day, and ask again, why it happened.”

Directed by Harun Rahman and Lara Ariffin of Novista, a leading documentary producer, the programme includes never-before-seen footage from Malaysia’s Fire Services; interviews with residents who escaped just in time and witnessed the collapse; exclusive interviews with family members whom lost their loved ones; and interviews with the rescuers.

Premiering on HISTORY (Astro channel 555) at 9.00pm on Saturday 11 December 2010, the programme will be fully subtitled in Bahasa Malaysia and Chinese.

Some interview quotes from the documentary:

Dr Hooi Chan Ping (Resident of Block1) – “I saw it coming down in slow motion, very slow motion and then the whole building fell. After that there was complete silence, deafening silence.”

Iain Gray (Resident of Block 3) – “A lot of the family members were there and total shock, total disbelief, how can this happen to me, where are my loved ones?”

Mike Rickard (Safety Engineer, Resident of Block 2 and Volunteer) – “We didn’t have the luxury of time, we were just going in and searching. We recognize that the human being can only survive for so long. Dehydration is the worst thing to fear. Of course time is critical. People would have, as soon as the building started to move or shudder, would have tried to escape and obviously their form of escape would have been the stairs…. They would be somewhere on that staircase.”

Nissa Bano (Lost her sister Anna Bano, brother-in-law and nephew) – “They heard knocking, I sort of believed that – because it is possible for somebody to be knocking in response to what people are doing on top – that gave me hope.”

Datuk Soh Chai Hock (Deputy Director, Malaysia’s Fire Services) – “In my thirty years of operation, I have never seen such a huge collapse of a building.

Datuk Soh Chai Hock (Deputy Director, Malaysia’s Fire Services) – “Definitely very difficult for the parents, especially in our Asian tradition, the child sends the parent to the hills to be buried, the parents do not send their child to be buried.”

Dr Asbi Othman (Engineer with the Public Works Department) – “If you had some structural default in a building, you would expect the building to collapse vertically rather than toppling forward. There must be an external force that came into play.” 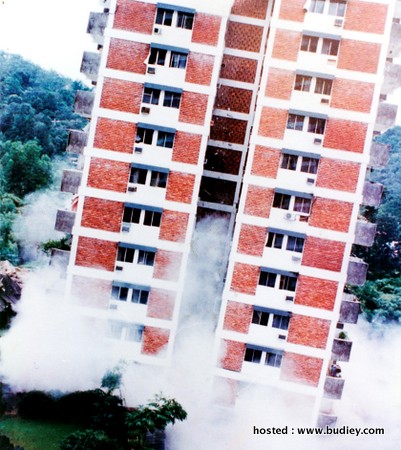 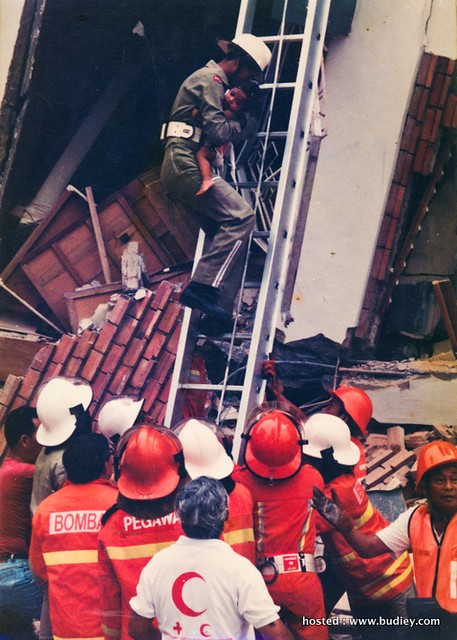