Synopsis:
For two months out of every year, a group of exceptional men find their way to the Canadian tundra to undertake one of the most dangerous jobs on earth. In the thick of winter, truckers in giant eighteen wheelers carry vital equipment and supplies to miners hundreds of miles away. In blizzard conditions, these truckers travel over ice roads that often take them over frozen lakes. Each man is trained in self survival, from fixing his truck in sub zero conditions in seconds to escaping from a truck if the ice cracks. 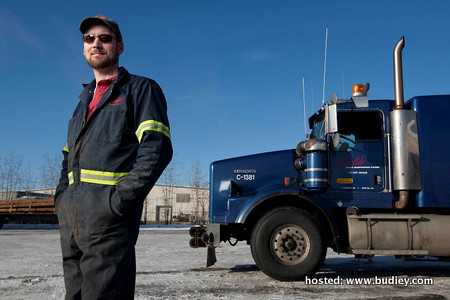 On the other end of the journey are miners whose lives depend on the truckers making it to their base, year after year. The episodes will form a narrative arch – taking the viewer on a journey from when the experienced and novice truckers first sign up for the season, to the last truck making it back to base.

Avalanche, 8 March
When an avalanche strikes, Jack is stranded and left helpless as he watches the DOT clean up the carnage. Ray faces the Dalton with a premonition of death hanging over his head. Lisa fights to get back in the race. Hugh risks a head on collision at 4700 feet by driving on the wrong side of the road over Atigun pass.

Lisa’s Monster Megahaul, 15 March
Lisa tackles the most dangerous haul of the season, trucking a multi-million dollar, 100 ton load across the entire state of Alaska. This could be her ticket to the big leagues, or it could be a career killer. Alex races to keep pace in the load count and Greg could be a hero of the road. Ray faces the worst night of his career as he sits trapped in the path of oncoming traffic, but a spin-out at Ice Cut finally sends him over the edge.

Blood on the Dalton, 22 March
It’s chaos on the Dalton when a truck flips off the road and smashes into a tree, leaving two men injured and bleeding while a mysterious third is missing. Alex is thrust into the turmoil and faces tough questions from state police. A careless mistake may rob Lisa of the hard-earned respect she has worked for all season. Greg fights for his job and Ray wakes up to a scary realization. Hugh devises a plan to steal a load from his old pal.

The Ace vs The Ice, 29 March
King of the haul road, Jack Jesse, must survive the arctic wilderness and cross a frozen river alone to reach the isolated town of Bettles. After ditching her truck, Lisa Kelly is back in action but the slippery slopes of the Dalton will make her road to redemption a dangerous one. Greg is on a mission to revive his reputation, but to do it he must haul the biggest load of his career. And Alex has a plan to one-up his rival Hugh….but the Polar Bear isn’t going down without a fight. 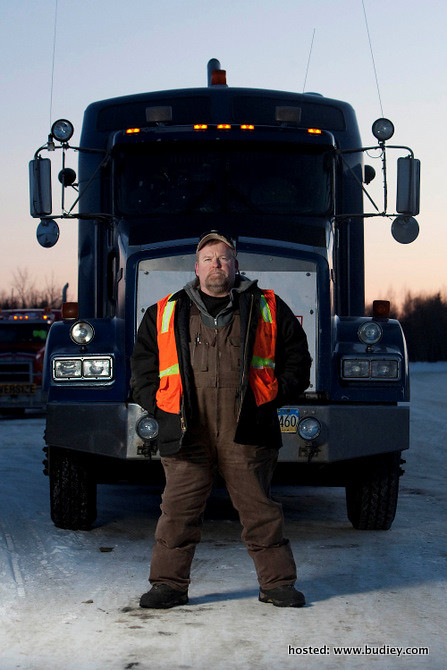