Genting Cruise Lines celebrated its silver anniversary with a special event held on board Genting Dream in Singapore on 14 December to commemorate the very first sailing of Langkapuri Star Aquarius from Singapore in 1993, beginning 25 years of supporting Singapore to become the premier cruise hub in Asia, handling the most international passengers in Asia. 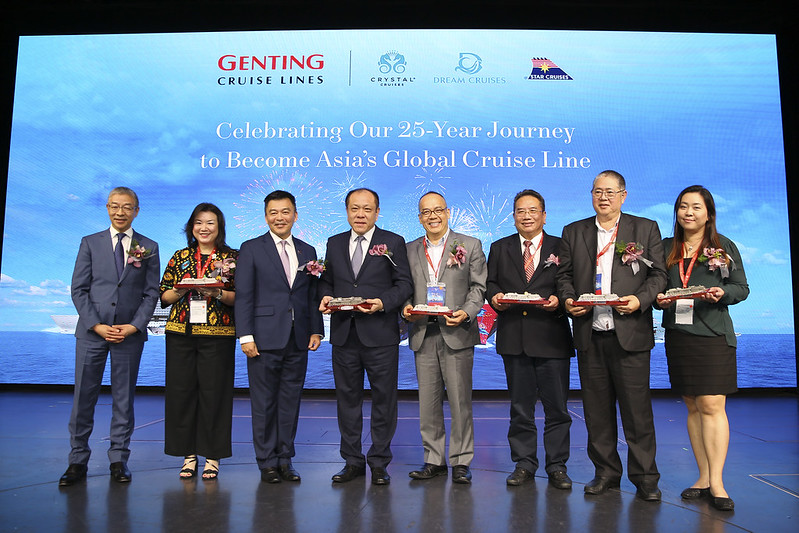 Originally founded a quarter of a century ago as Star Cruises, Genting Cruise Lines has been an integral force in establishing the ASEAN as an important region and introducing innovative ships designed specifically for the more relaxed Asian cruise market where guests can enjoy a variety of leisure activities and dining options unrestricted by the rigid schedules commonly found on other cruise ships.

Over the past 25 years, the company has welcomed more than 6.5 million guests on board its fleet through over 7,500 ship calls in Singapore. In the last 12 months, Genting Dream, the only ship on a year-round deployment in the city, welcomed about 400,000 cruise passengers, of whom 60% were tourists, helping Singapore become the port with the most number of international cruise passengers in Asia. With the majority of guests flying in to Singapore, the transformation of the city as a turnaround port has had substantial economic benefits not only for airlines and airports, but hotels, as visitors normally stay pre or post cruise, shopping and other sectors of the tourism industry.

“Genting Cruise Lines is honoured to have played a part in the evolution of Singapore to become one of the leading cruise hubs in Asia and we remain committed to the future growth of the city and the ASEAN region to become one of the most important and vibrant cruise regions in the World,” said Tan Sri Lim Kok Thay. “And we are proud of our latest milestone in Singapore with the arrival of our world-class, 150,695 gross ton Genting Dream, which has been named one of the top 10 Large Resort Ship by the esteemed Berlitz Cruise Guide.”

“Cruise is one of the key pillars of Singapore’s tourism strategy….In the area of marketing and promotion, the Singapore Tourism Board, Changi Airport Group and Genting Cruise Lines embarked on a S$28 million collaboration in 2017 to promote Genting Dream’s Singapore sailings. The three-year partnership is expected to bring in 600,000 overseas visitors and more than S$250 million in tourism receipts,” added Mr. Chee Hong Tat. 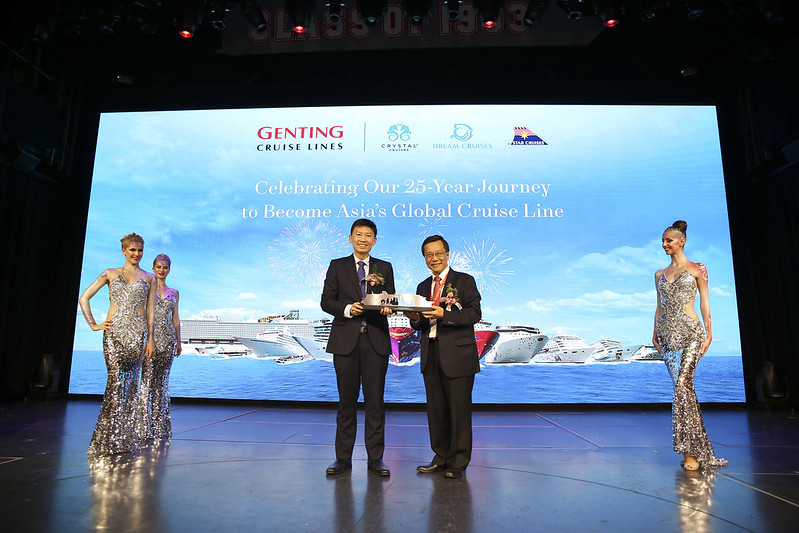 With the completion of the Marina Bay Cruise Centre in Singapore and clear Chinese policy to promote cruising, Genting Cruise Lines ordered two 150,000 gross ton ships for delivery in 2016 and 2017 to create “Dream Cruises”, specifically catering to the growing premium segment in Asia. With just 3,350 lower berths, the Dream Class was designed to be the most spacious megaship in the world at 45 gross tons per lower berth. Catering for the luxury segment, Dream Cruises also introduced an all-inclusive “luxury ship-within-a-megaship’ enclave, called The Palace, featuring a collection of 140 suites, private amenities including a swimming pool, restaurants, gym and other facilities and boasting the largest luxury passenger space ratio of about 100 gross tons per lower berth. Guests of The Palace will also enjoy the highest crew to passenger ratio in the world highlighted by private butler service and refined Asian dining with a complementary menu of herbal soups, seafood, bird nest and other delicacies. Western options will feature caviar, wine and other items found on international luxury cruise ships.

Genting Cruise Lines is built upon three pillars of excellence – a “Made in Germany” cruise fleet synonymous with the highest in quality, safety, comfort and reliability, legendary Asian service standards and uncompromising North European safety standards. Genting Cruise Line is also the first cruise line to install surveillance equipment on the bridge of all its ships and the first cruise line to build its own ship simulator for the regular training of ship officers. 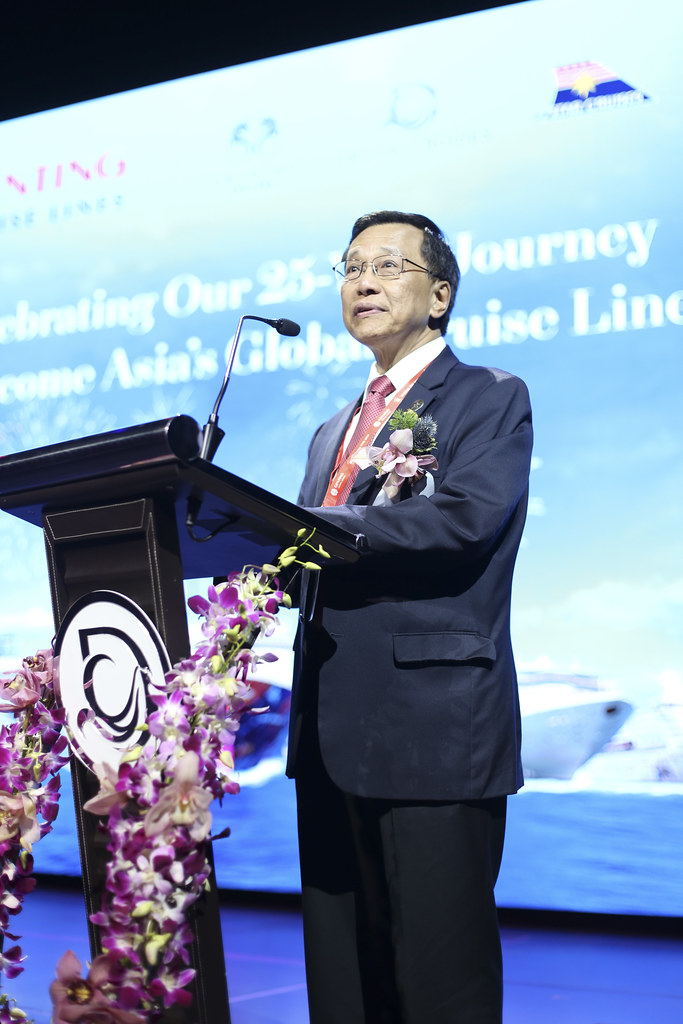 Accommodating up to 9,500 passengers, Dream Cruises’ “Global Class” will be the largest cruise ships in the world by passenger capacity and will consist of mainly large, family-friendly cabins featuring two bathrooms bringing affordable cruising to all middle class passengers while also retaining its signature 150-suite “The Palace” enclave for luxury guests.

“The last 25 years have passed quickly and we are looking forward to our next 25 years to provide our cruise option to the 150 million Asian tourists who travel all over the world. By the end of the next quarter century, we will have the most modern fleet in the world for our three cruise brands, offering the most variety of itineraries and destinations, providing best-in-class service and, most important of all, maintaining our uncompromising safety culture developed over the past 25 years,” concluded Tan Sri Lim. 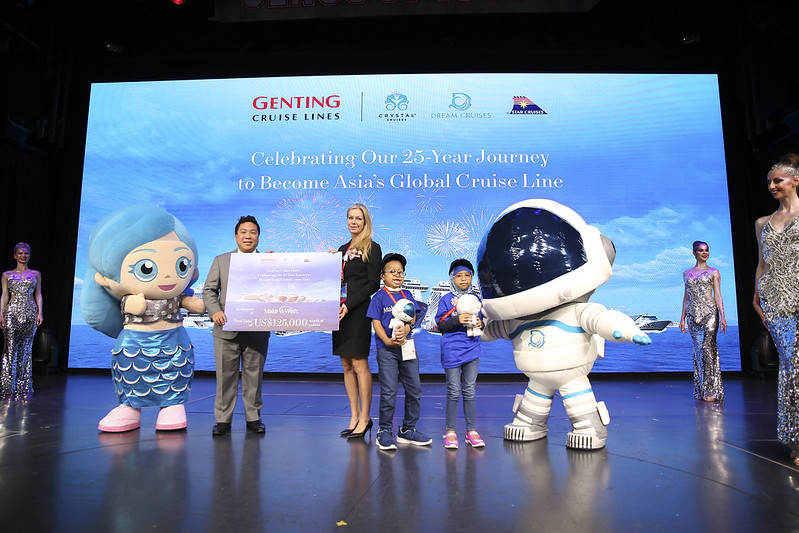 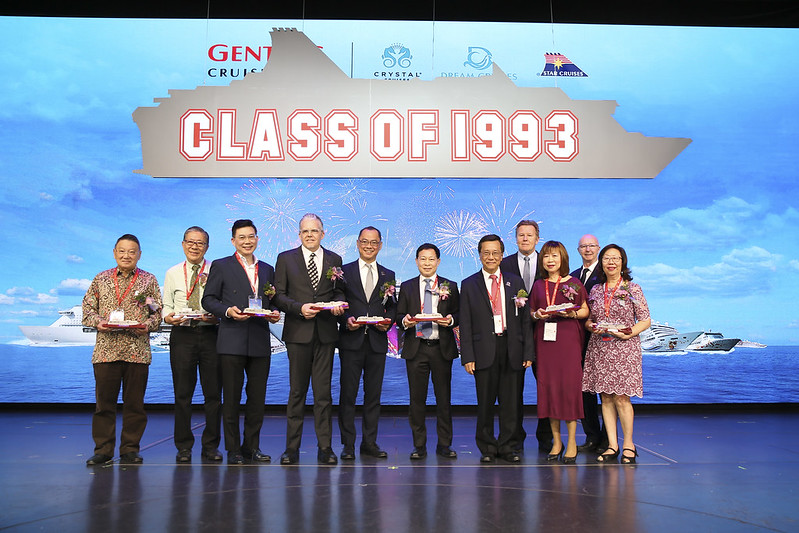