Program synopsis:
Dad is Gene Simmons, the legendary, tongue wagging demon of KISS. Mom is Shannon Tweed — former Playmate Of The Year, actress and model. And their kids, Nick and Sophie, are, well…surprisingly charming, well-behaved teenagers dealing with the trials and tribulations of adolescence, even though Mom and Dad are like no one else s parents. 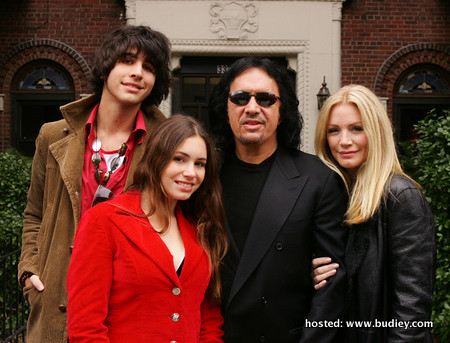 Gene and Shannon have been happily UNmarried for 22 years and have no plans of getting married any time soon. Gene is a rock star, and a multi-media magnate. He is also the kind of dad who brings Gatorade to his daughter’s soccer games and stands in the front row of his son’s rock band when they play gigs. This series will reveal the side of Gene that he has kept hidden until now, and shows how the most non-traditional, traditional family in America manages to make it work under the oddest of circumstances.

Movin’ Out, 20 April
The Simmons-Tweed household is turned upside down when a foreign exchange student visits Sophie and Nick gets his own apartment for the summer with a difficult landlord. 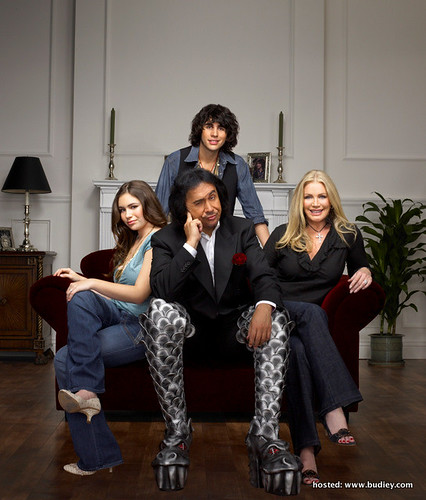