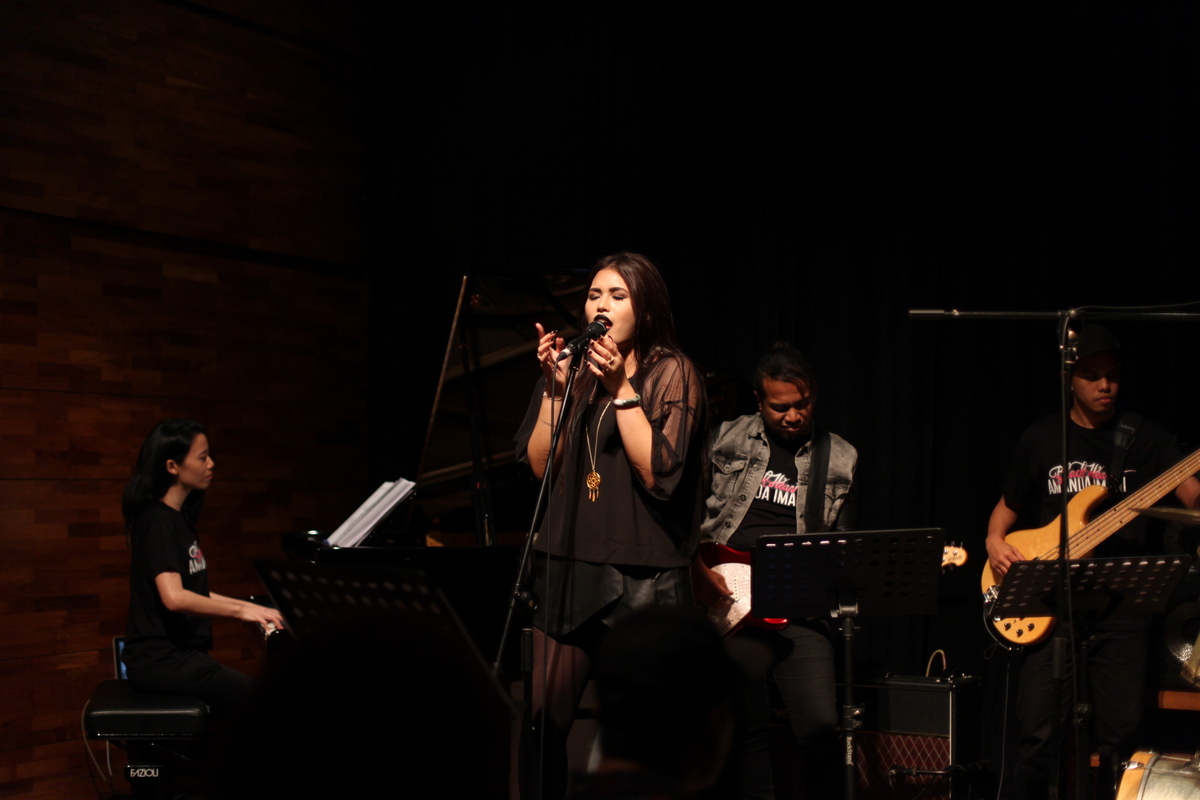 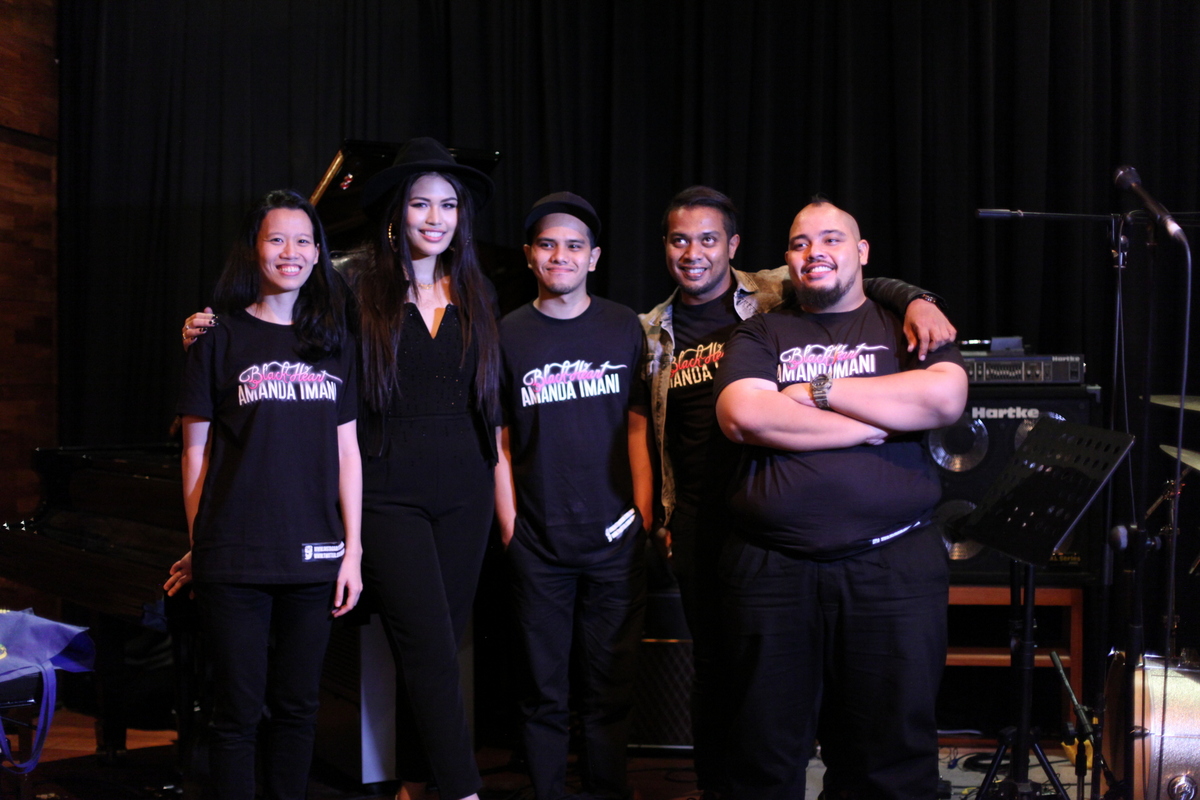 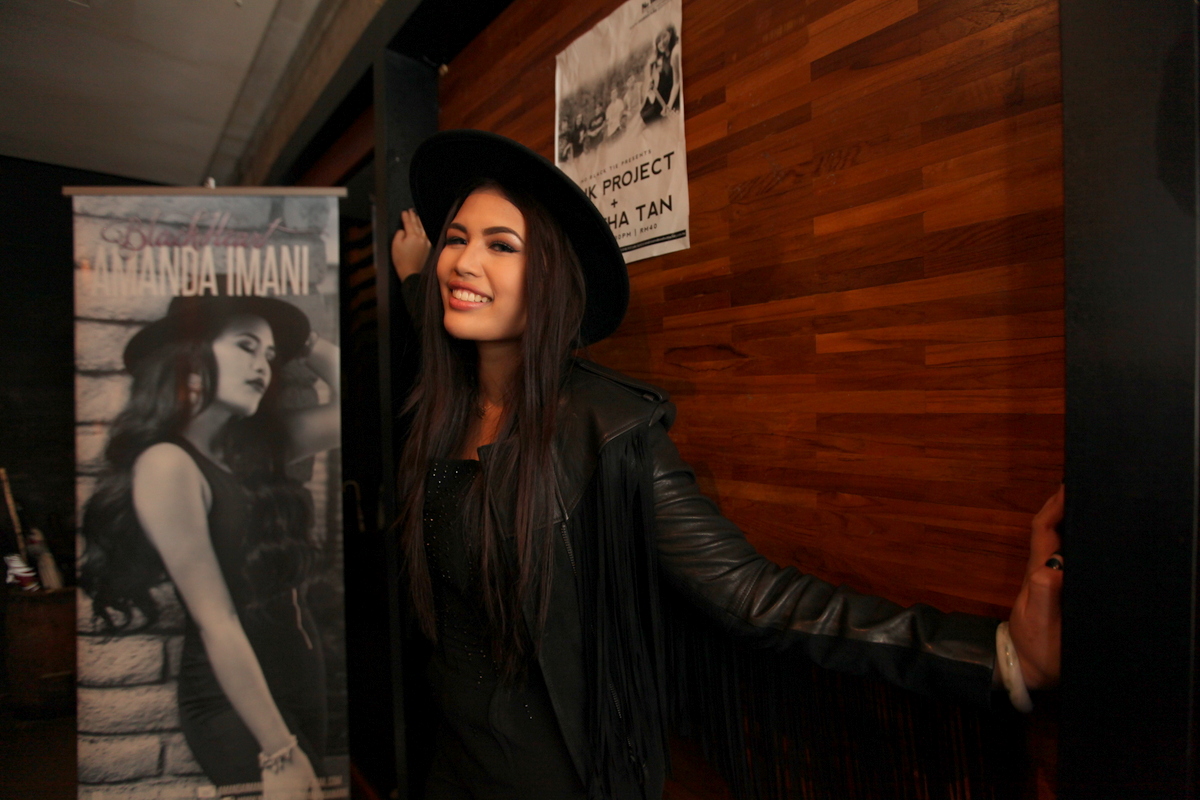 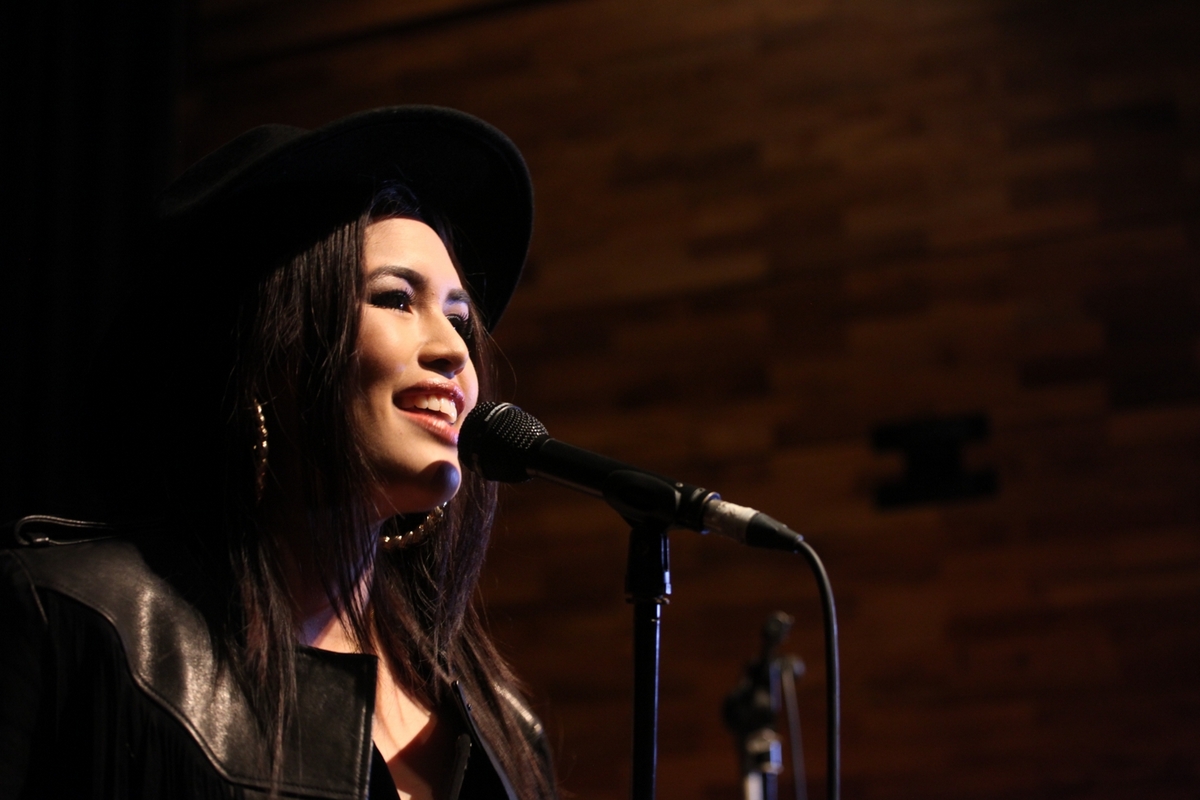 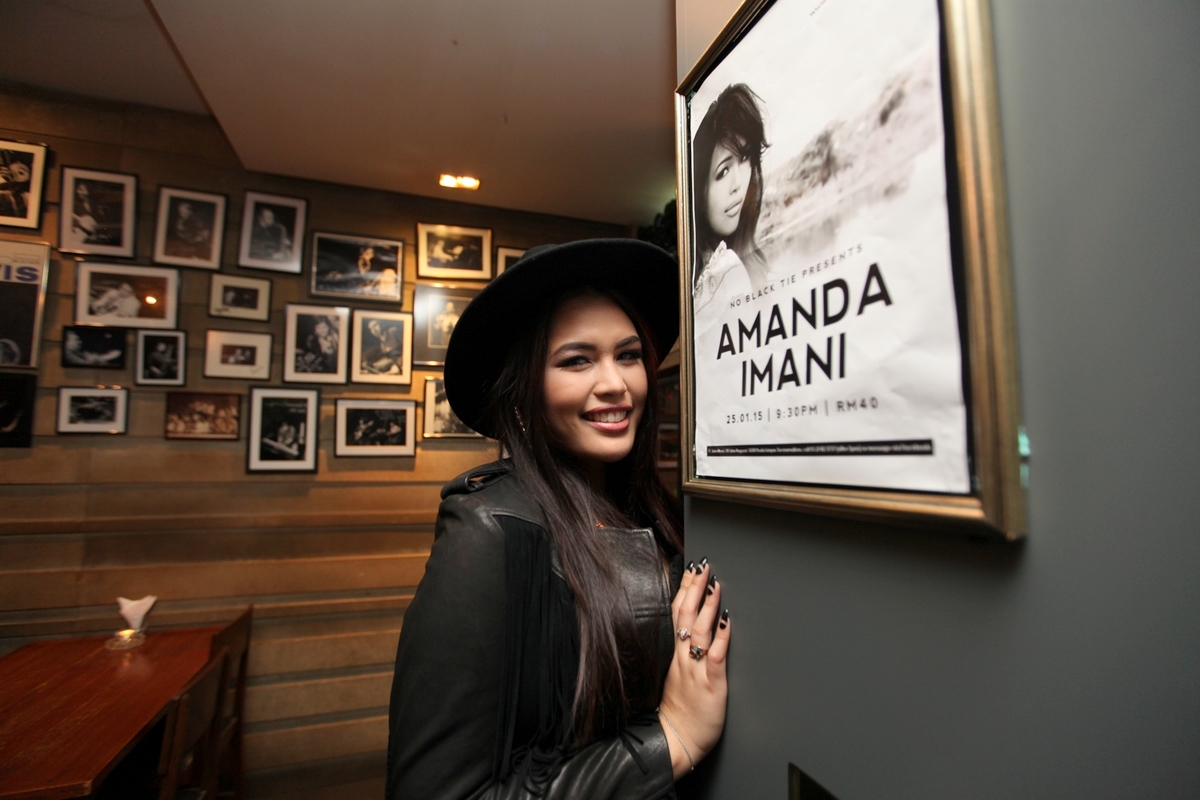 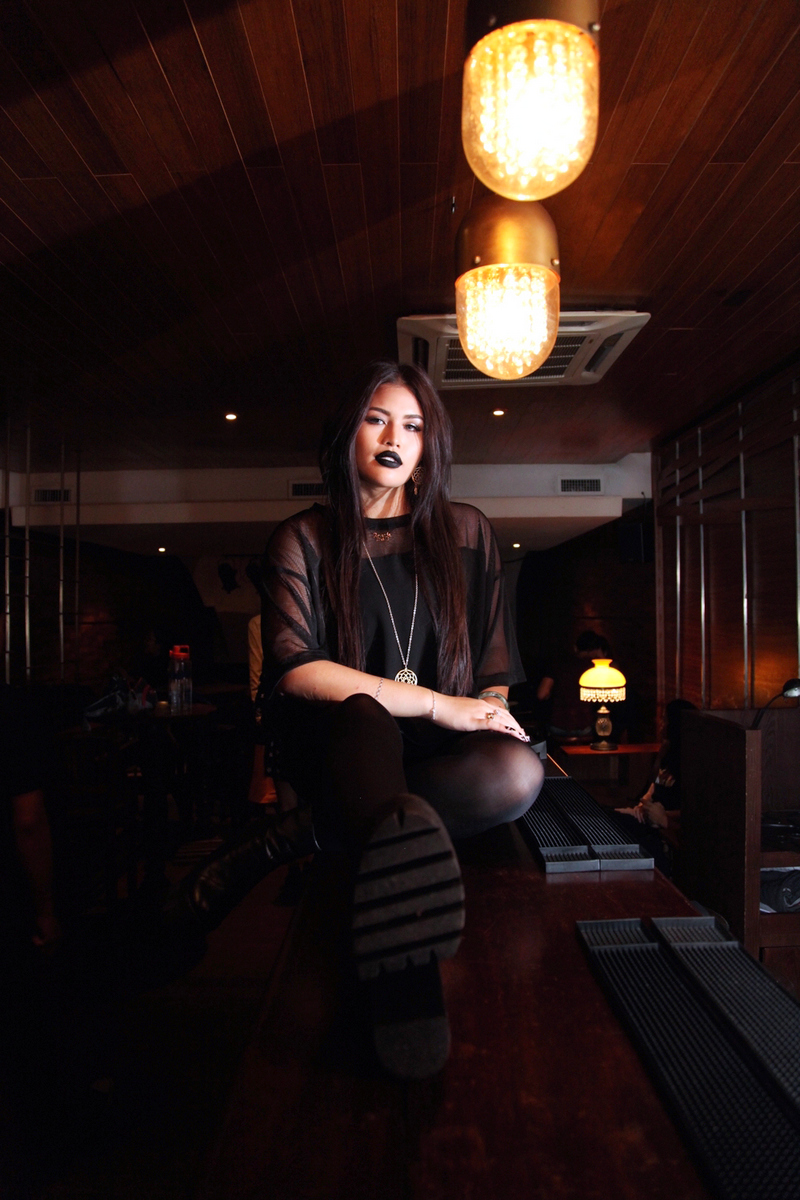 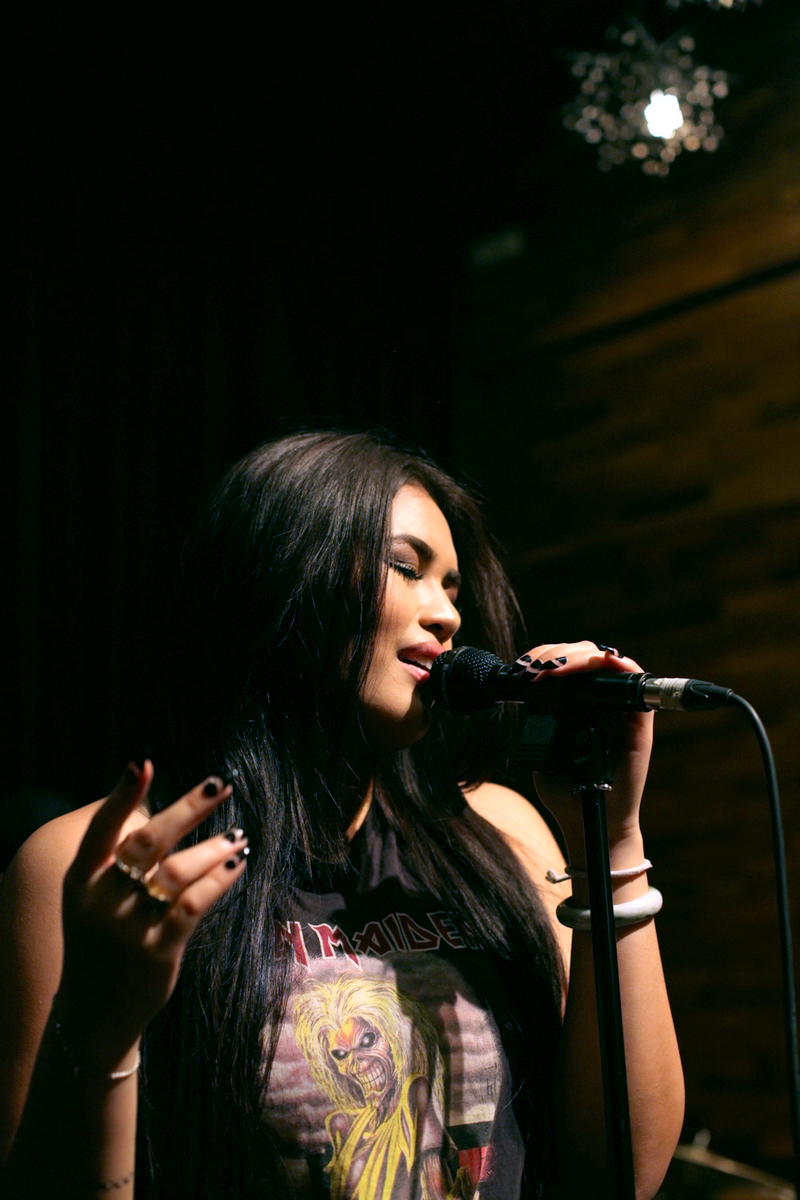 Local singer Amanda Imani celebrated the release of her latest album today, in a single move that brought together a love for music and a desire to help others.

Entitled Blackheart, the fully-English album is a departure from Amanda’s previous work in more ways than one. All the seven songs and two bonus tracks on the album were written, composed and produced by Amanda herself, and the album is distributed independently by Amanda Imani Productions. The tone of the album is also different from that of her previous tracks, showcasing an older and wiser Amanda in the lyrics as well as musical arrangements.

Speaking at the album launch in Borders bookstore at The Curve today, Amanda notes that the most significant difference in this latest album is that it is less mainstream. “When I first started out in the music industry, I didn’t make my own music. It was only a couple of years later, after gaining experience in this business, that I decided to be more creative, in terms of writing, composing, and even producing my music,” she says.

“Blackheart, as is probably clear in the name itself, is not the mainstream, happy pop music my audiences are probably accustomed to. I wanted to show them a different facet of myself, so the material here is more mature, raw, and rebellious. It’s in a genre that I like to call ‘pop alternative’, a darker version of pop,” she elaborates.

Through this album, Amanda quite literally speaks her mind and heart, and the tracks touch on very current subjects ranging from relationships to global social issues. The title track, ‘Blackheart’, is a song about the struggles and challenges one faces in life, and how far one is willing to go to achieve success and fame, while ‘Heart for Hire’ speaks about “living the good life”, surrounded by status and luxury, all while striving for materialistic possessions and sacrificing organic emotions for fleeting moments of pleasure and gratification.

The album also takes a look at some of the driving forces behind Amanda’s creative process and outlook. ‘City of Angels’, as the name suggests, pays homage to the city of Los Angeles, California, where Amanda has spent time in previously. The song speaks about Los Angeles being a magnet for creative hopefuls, and giving artistic inspiration for creativity in music and culture.

Some tracks address the social trends of today. ‘Next Generation’, for instance, is a song about freedom and rebellion, through which Amanda describes how today’s youth culture focuses on “living in the moment” and “YOLO (you only live once)”, whereby actions come first and consequences are often shoved to the back burner. Meanwhile, ‘I’ve Got it All’ is about individuals who seem to have everything in life but remain unhappy, proving that fame, money and material possessions cannot fill the void that only love and a sense of belonging can.

In ‘Newlyweds’, Amanda speaks about a union between two individuals that brings out more bad than good, and reveals the very common realities of a relationship: denial and betrayal. Bringing a contrast to the dark side of relationships is the bonus track ‘Billionaire Boy’, in which Amanda speaks about being fascinated and intrigued by a man whose lifestyle and flamboyant ways cause him to be attractive to many.

Blackheart also features some women-oriented tracks, such as ‘Black Widow’, in which self-professed feminist Amanda addresses common double standards in society, such as the ability for women to succeed in areas where men have long dominated without facing social stigma and negativity. ‘Like a Boss’, which is also a bonus track in the album, is very much for the independent woman, as it is about a woman who is in charge of her life and strives to succeed in her professional and personal lives by doing things her way.

Despite the album’s darker tone, Amanda has not lost sight of the driving factor behind her producing such an album: “I wanted Blackheart to show that even though we go through ups and downs, we can still live and learn. For each stage of life we go through, we have our own challenges and triumphs, and losing and finding oneself in inevitable. It is all about trusting and believing in oneself to make the journey worthwhile. Self – Fulfillment is only a state of mind; feeling is what makes us human. I hope my listeners appreciate the stories and message in each song; the mosaic of life.”

“I believe that those of us who are in positions of power that allow us to give back to society should definitely play our part in doing just that,” Amanda says of her collaborations. “To the less fortunate, every little bit counts, and if we give what little we can to make a child happy, or give a lost kitten a happy home, in the end it costs us nothing at all but refreshes us. ”