Infinite has always given their fans total satisfaction with powerful, eye-catching performances. This summer, Infinite celebrates their 3rd anniversary since exploding on the scene and takes their music to the world, starting in Seoul, Korea. Following this, “2013 Infinite 1st World Tour ‘One Great Step’ Kuala Lumpur” will be held on 19th October 2013 at Stadium Negara, Kuala Lumpur. Their journey will continue through China, and many more Asian countries and beyond, touring until the end of the year, performing in North America, South America, Europe, the Middle East and more.

Prior to the concert, a press conference has been held at JW Marriot, Kuala Lumpur on 18th October 2013. 2013 Infinite 1st World Tour ‘One Great Step’ in Malaysia is organized by IME Productions, supported by Mega Ultimate, BUDDIES and Bethinks International Culture & Media Co.Ltd.

The Infinite members show their excitement to be in Malaysia by saying “Apa Khabar” during their individual introduction while Hoya did his signature greeting ‘I say Ho, you say Ya’. When been asked about their first impression of Malaysia, the leader, Sungkyu said that this is the 2nd time they been in Malaysia, they are so happy and proud to see the amazing group of fans.

Dongwoo responses on the question about their latest song ‘Destiny’ by telling the media that Destiny MV was filmed in Universal Studio in US and they were the first Korean group to have the opportunity to film there. He is so proud and thankful for the chance.

In response for their feeling on having their first world tour, they said they are very touched because they have been waiting for a long time to have it. They work so hard and have a good time for this concert. Additionally, Hoya said, their most memorable One Great Step tour is during One Great Step Bangkok because of the energetic fans. Sungyeol said they have prepared special performance for their KL stop and ask the fans to go to the concert to know what they got for their Malaysia Inspirit. They add, One Great Step was inspired from Neil Armstrong word ‘one small step” when he first landed on moon. They wish for a one great week for their Malaysia concert and L said they like it best when their Inspirits enjoy their performances. It is like a motivation for them to show great performances for the fans that have always supported them.

Sungjong mentioned, in order to make sure their body always in good condition so that they won’t fall sick for their tour, they always took Korean Ginseng and Sungyeol added that L loves to take photo to release his stresses while the other members have the hobby of their own. On their individual activities, they said they can show difference colors of the members to the fans and they actually miss the noise from the other members as they go on their individual schedules. For Infinite future plan, Dongwoo stated that they are going to have a comeback with new song in early 2014 after their world tour ended.

Woohyun wrapped up the press conference with a special message to Malaysia Inspirit,

“To our lovely Inspirits, this is our 2nd time in Malaysia. We will show you all what we’ve got so do look forward for tomorrow. Thank you for your support and I love you all. Hahaha.”

The press conference ended with a group photo of the Infinite boys who appear great in black suit. 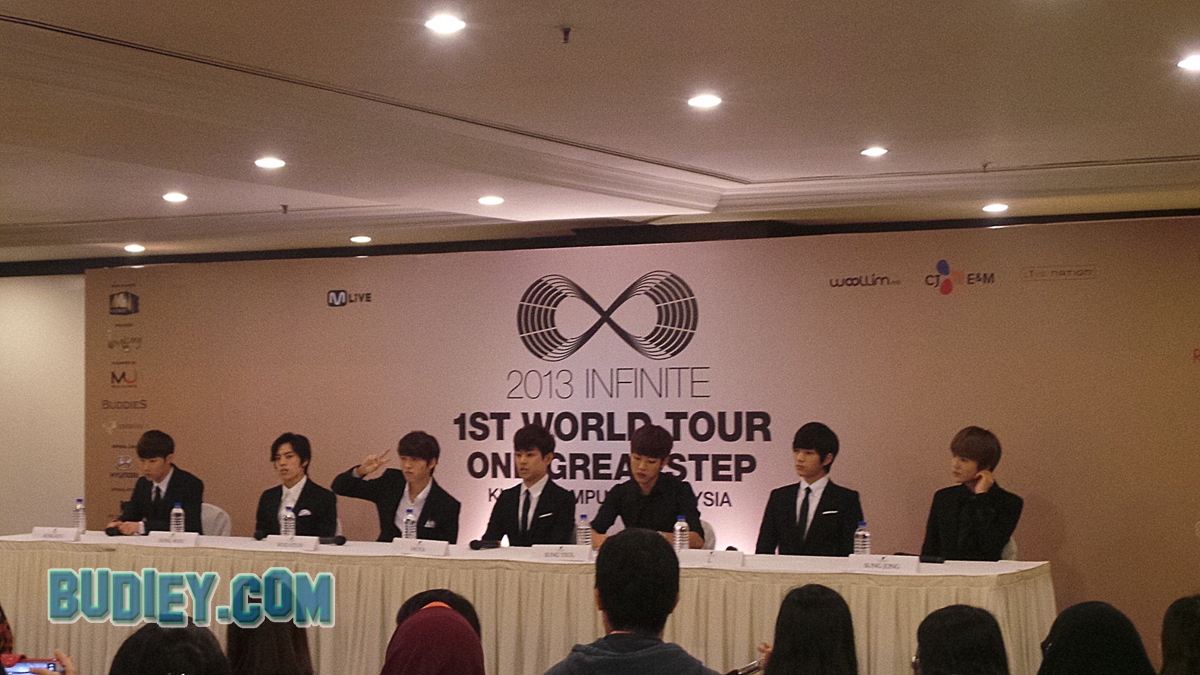 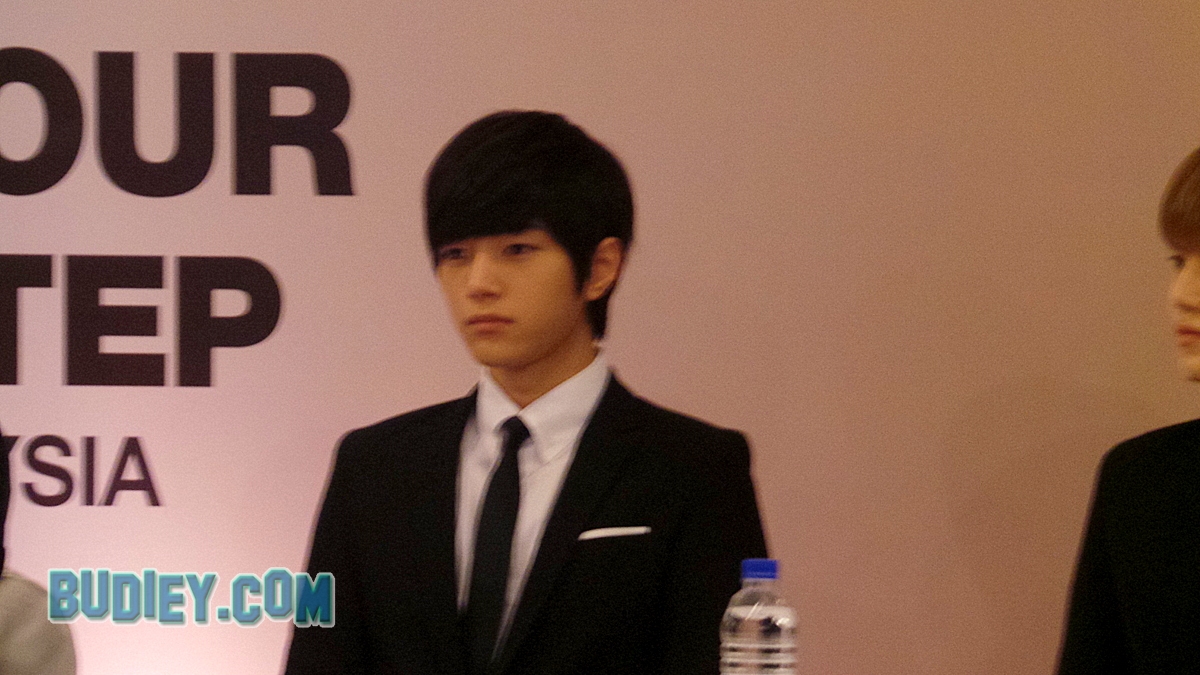 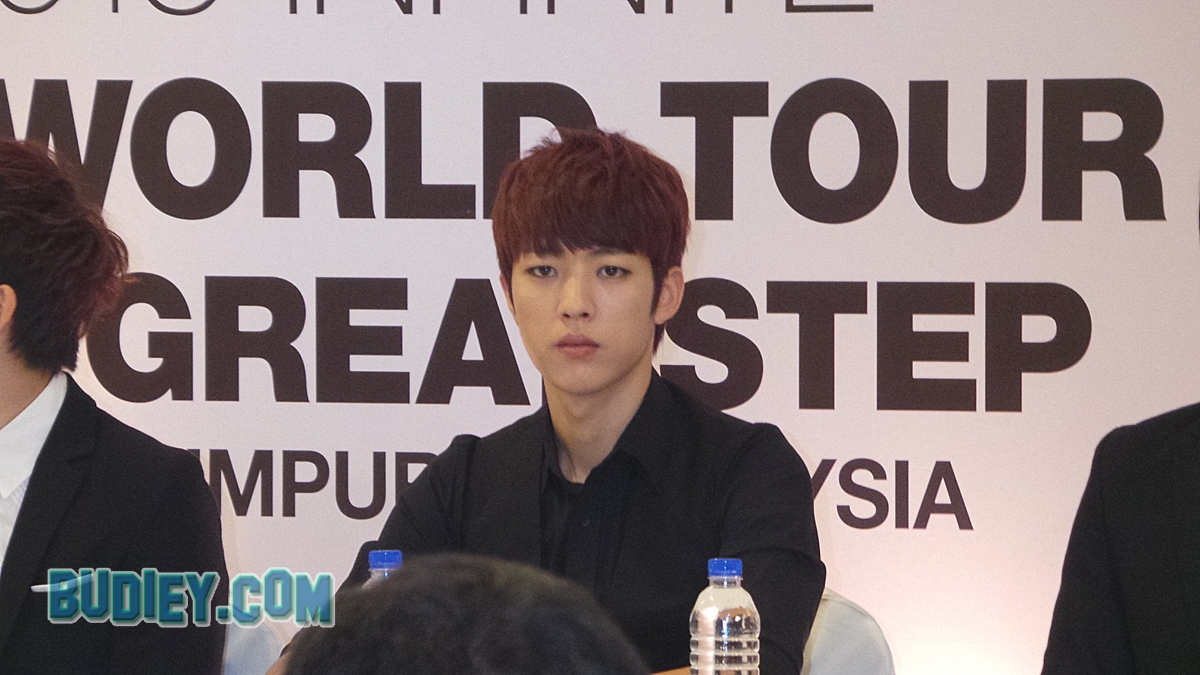 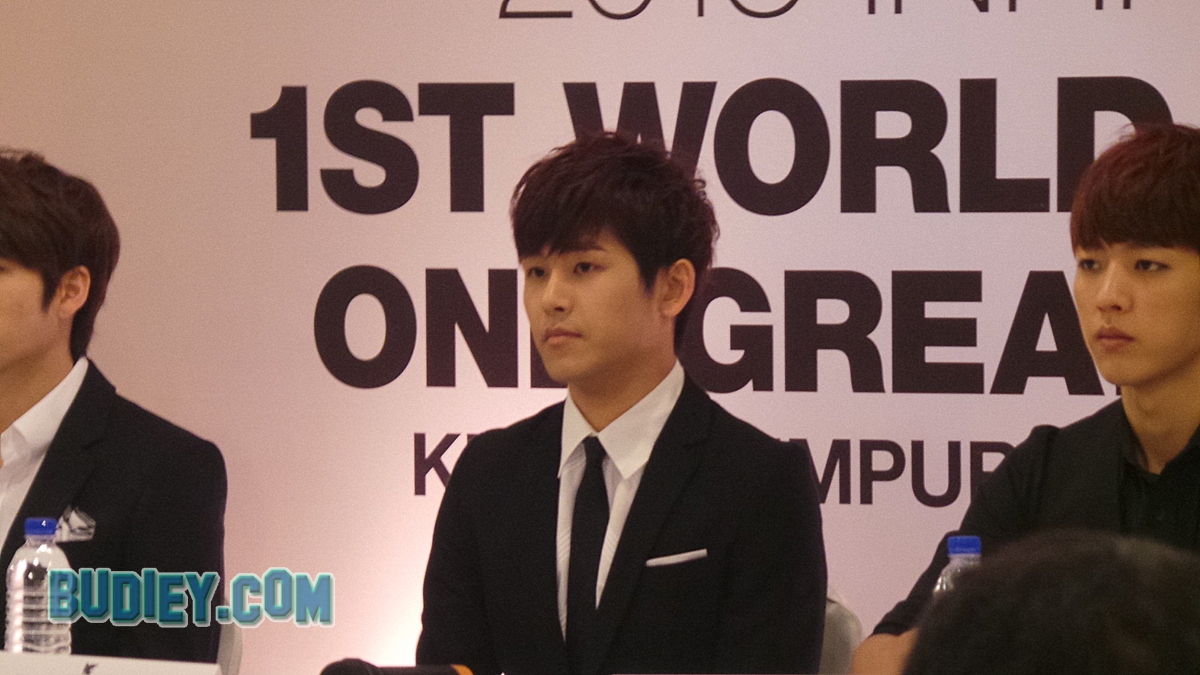 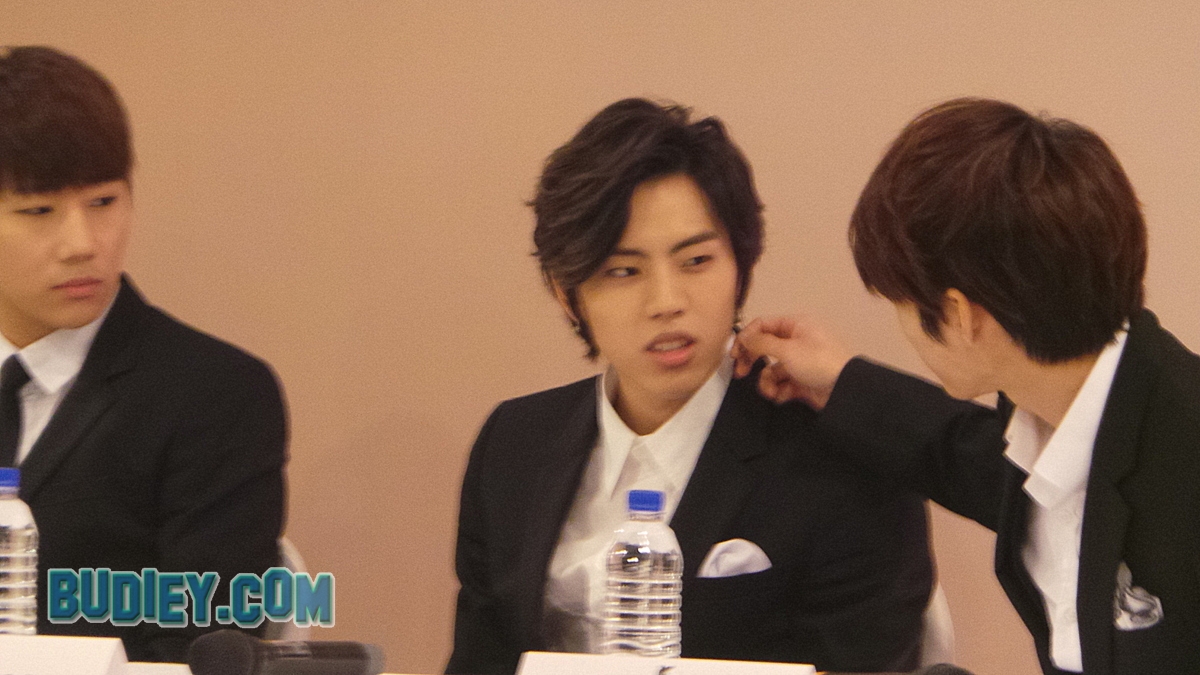 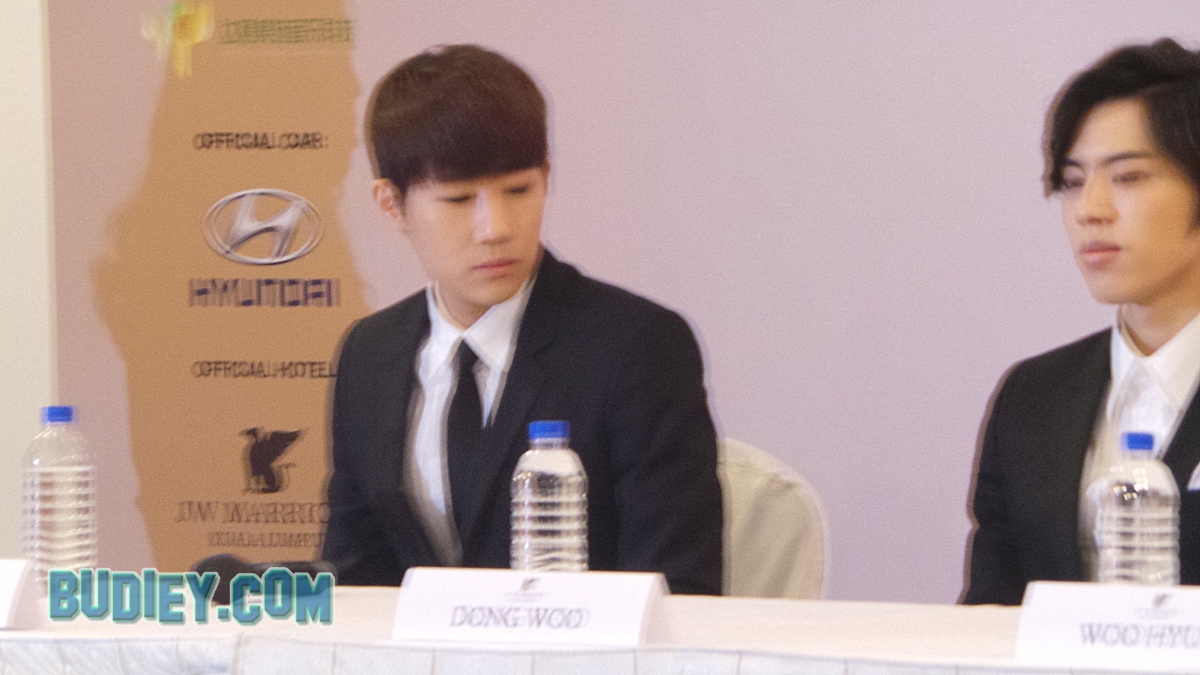 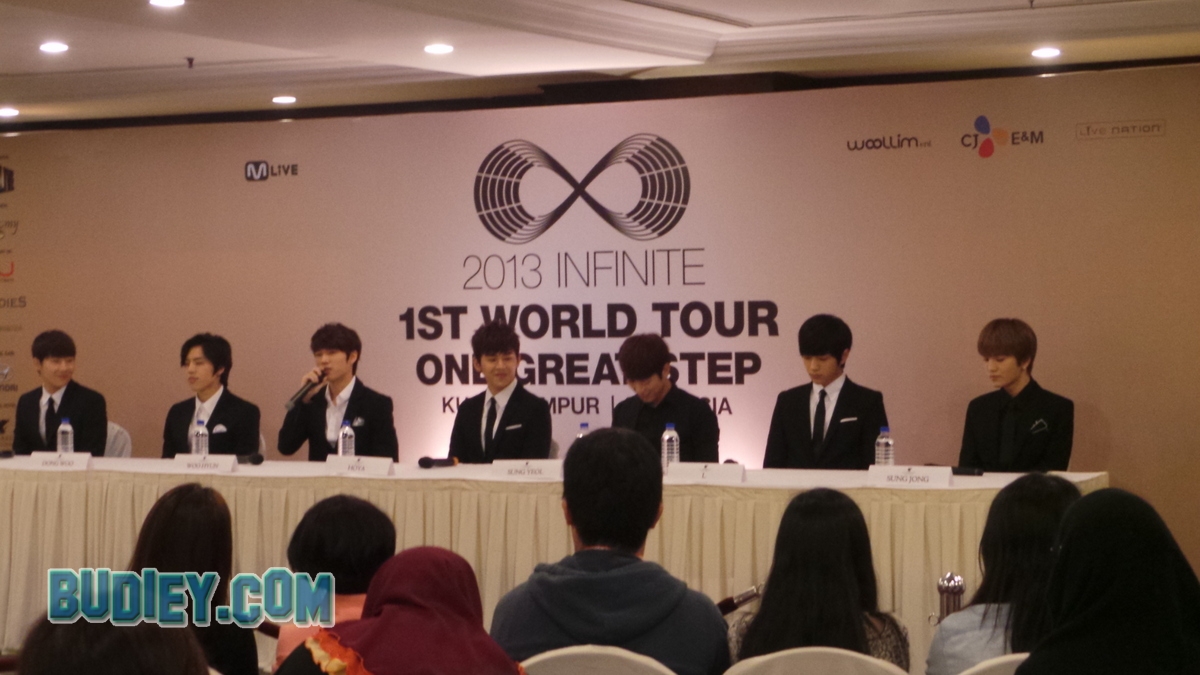 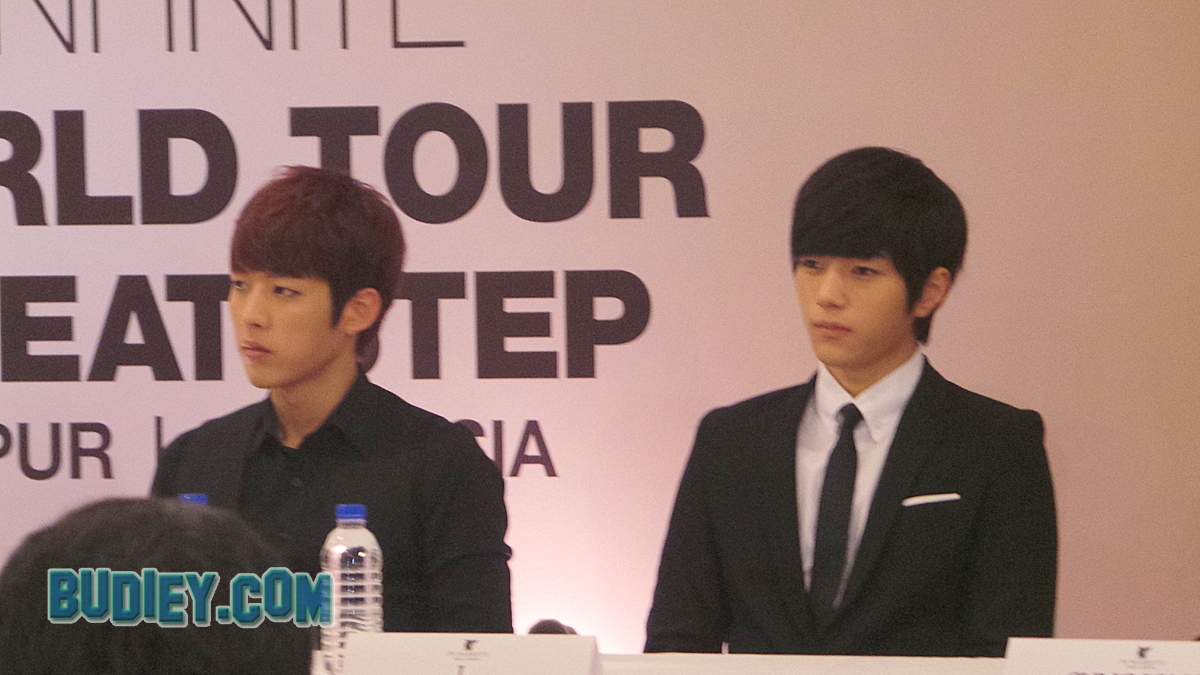 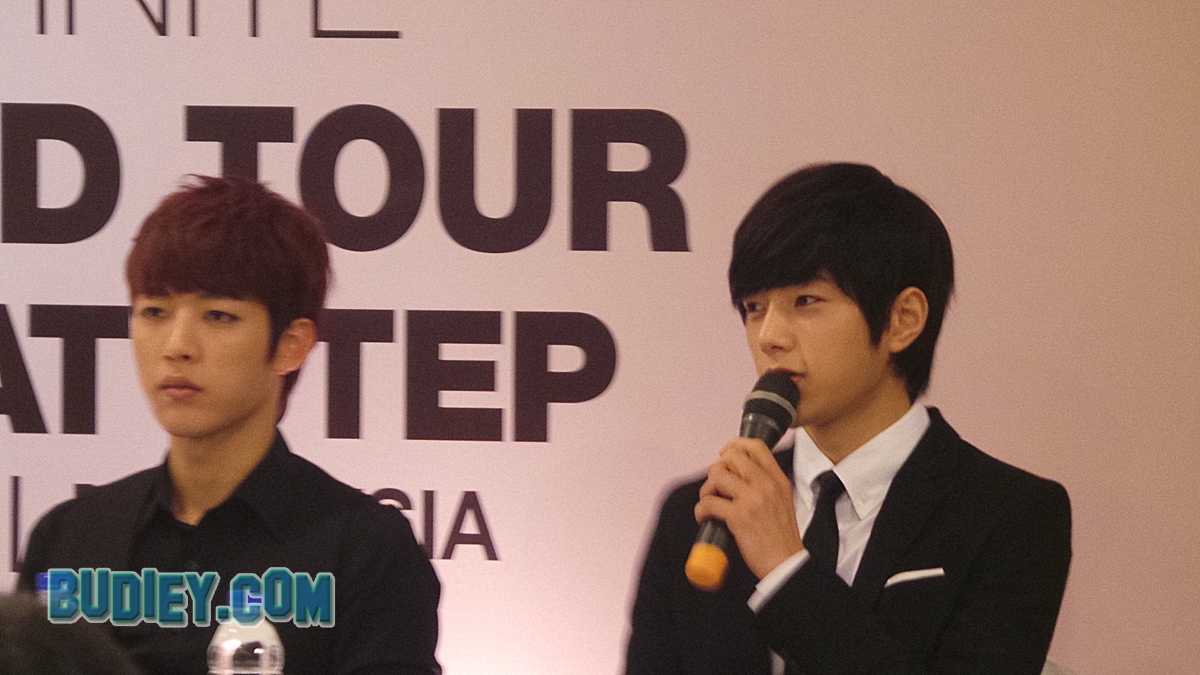 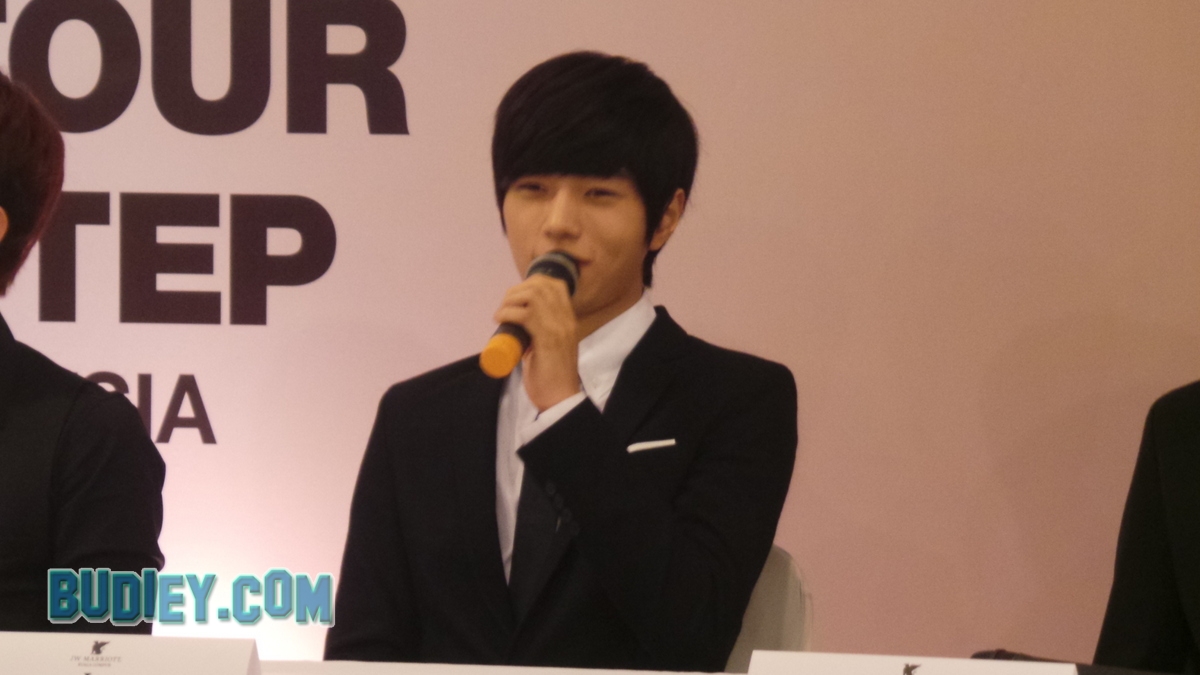 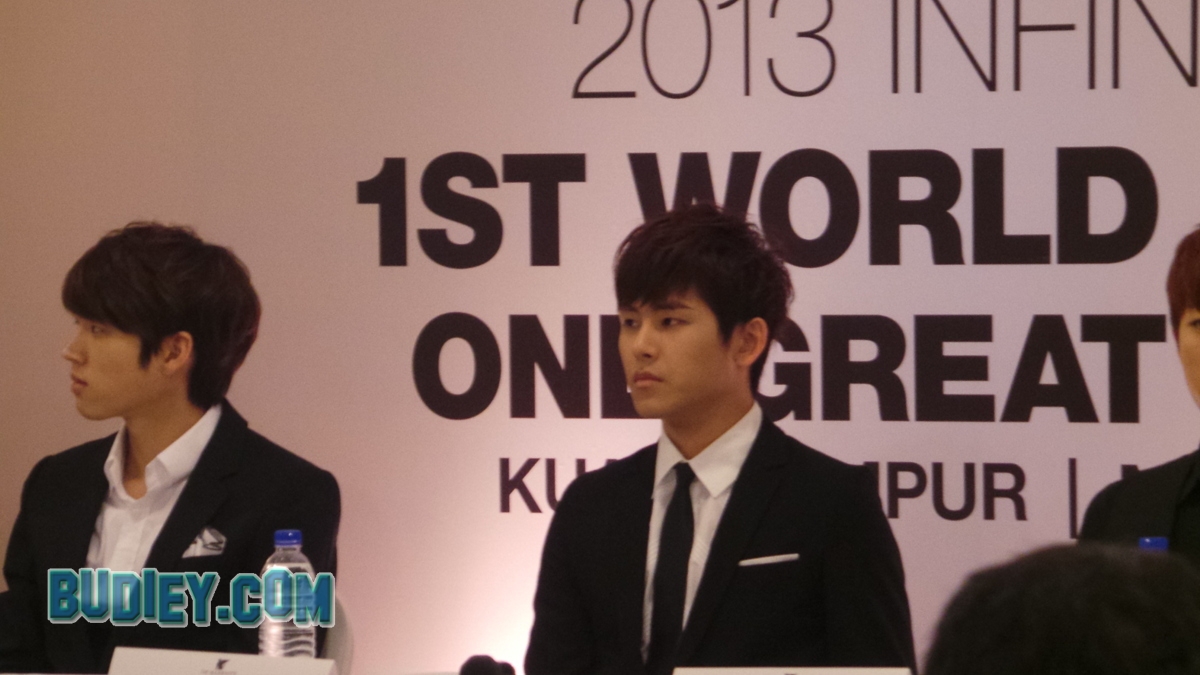 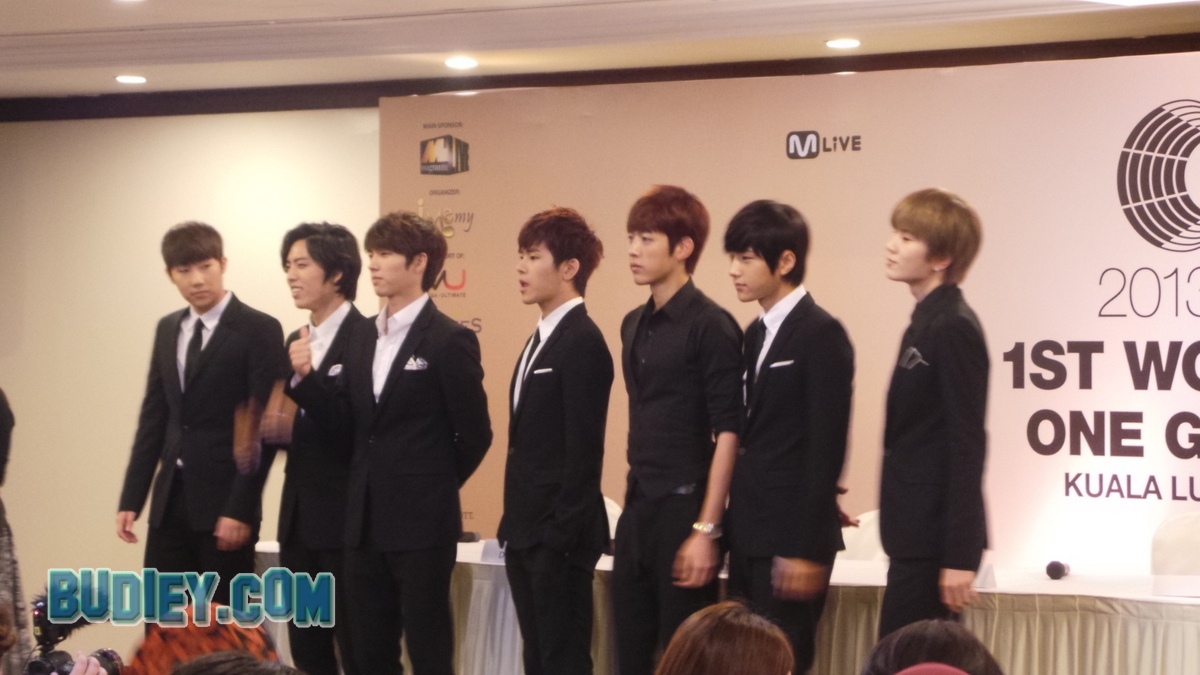 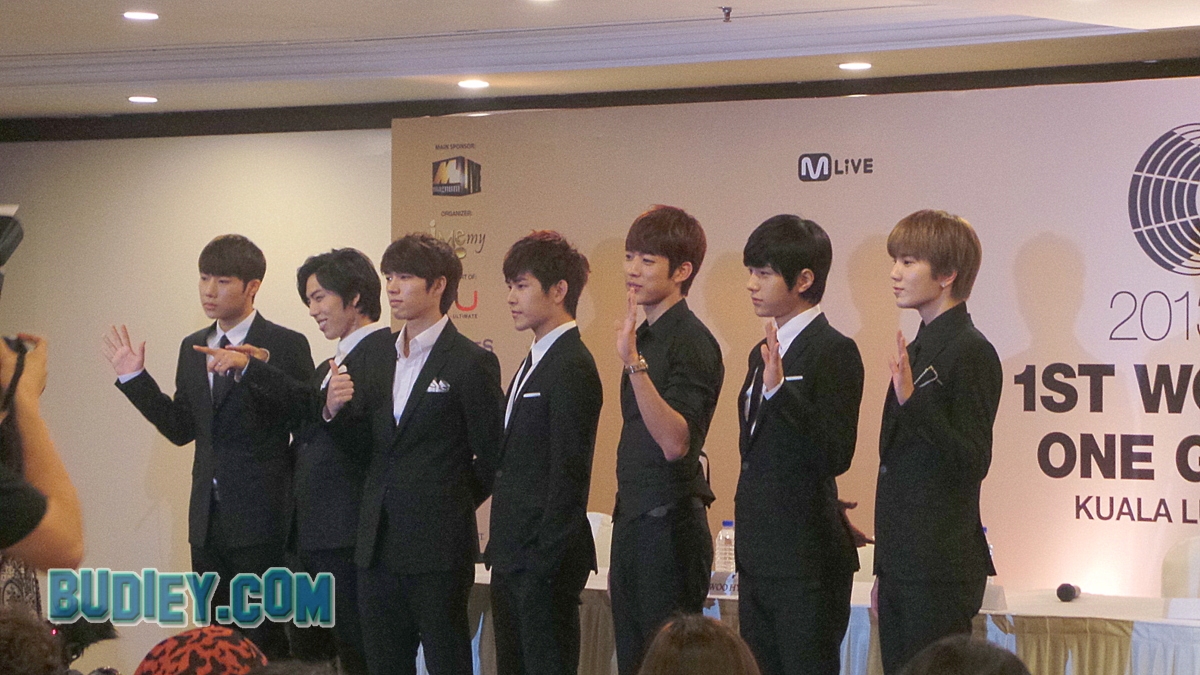 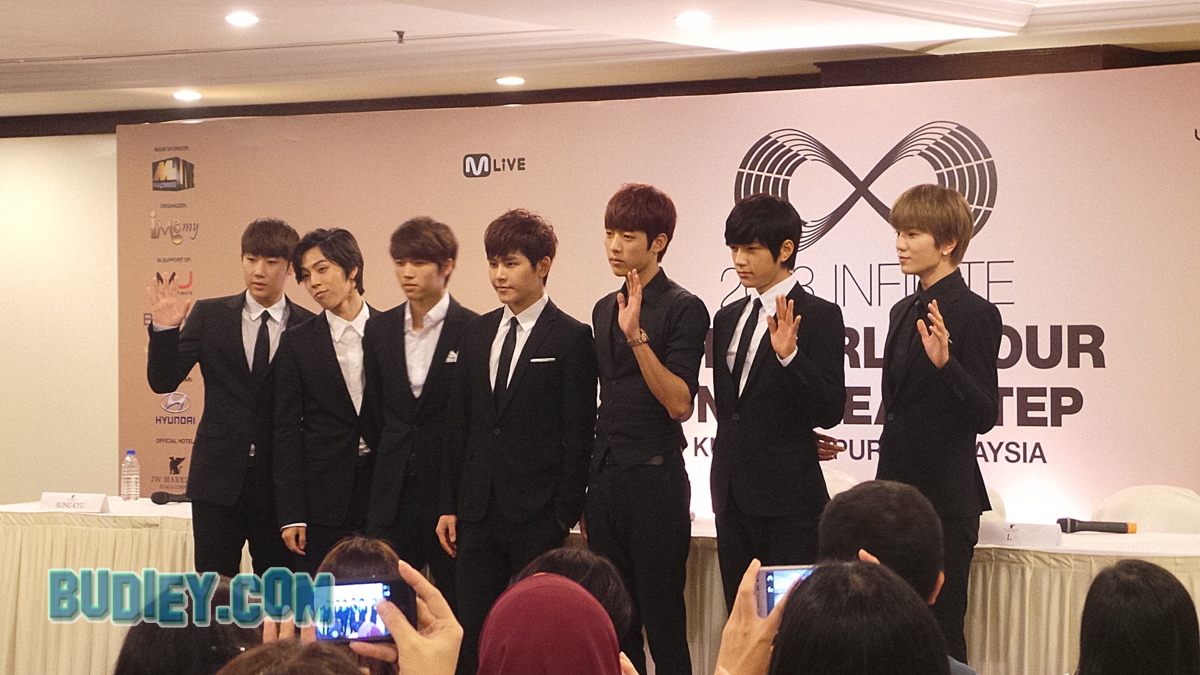 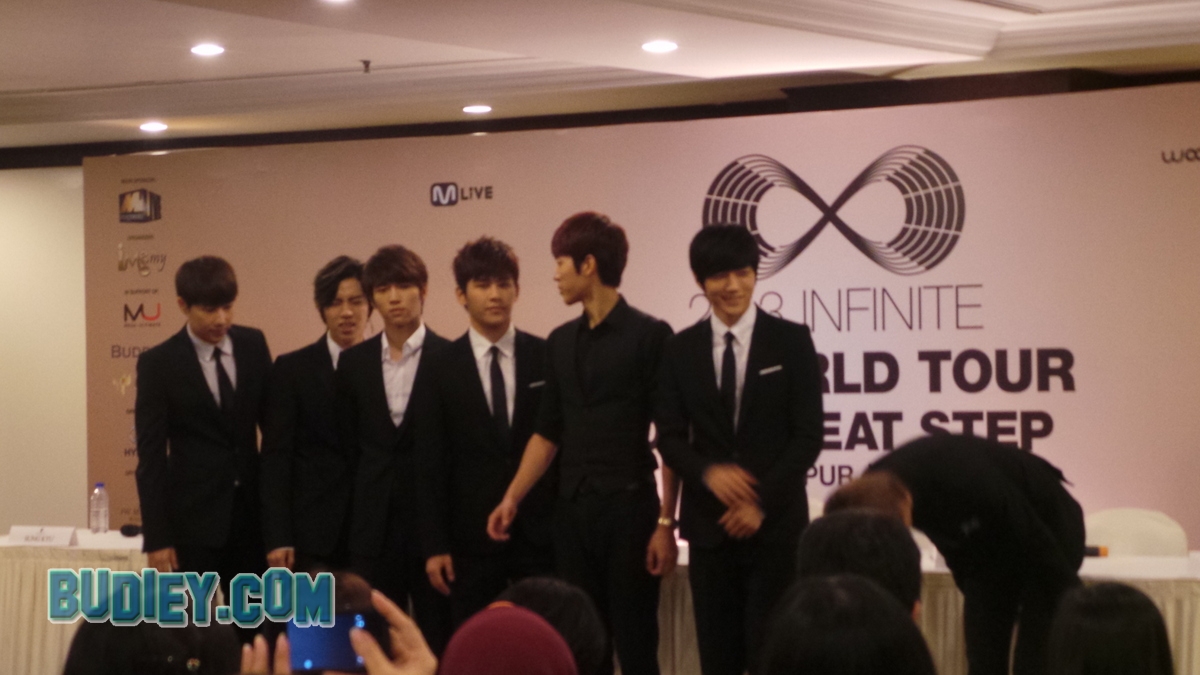 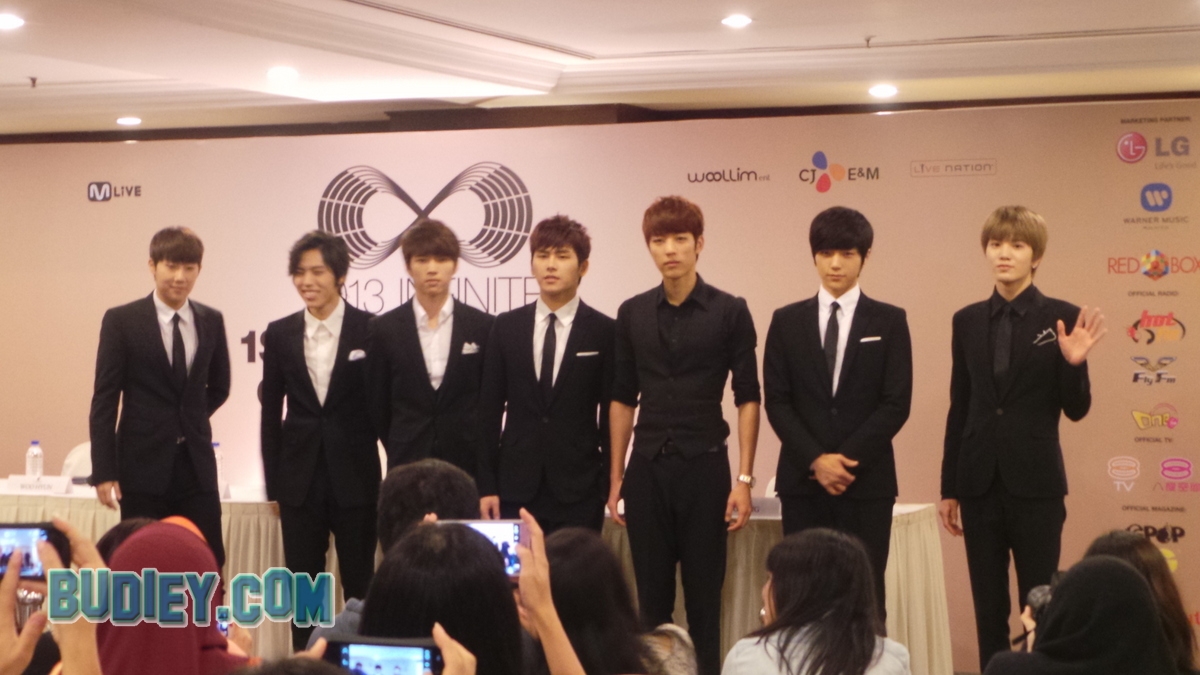 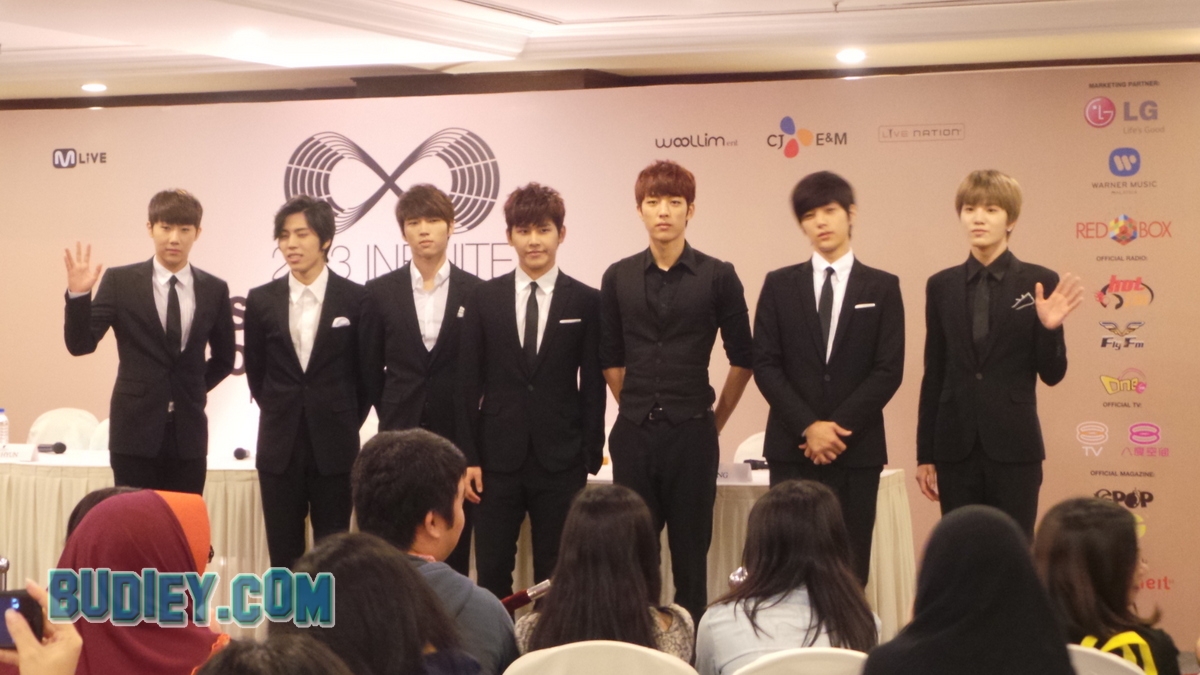 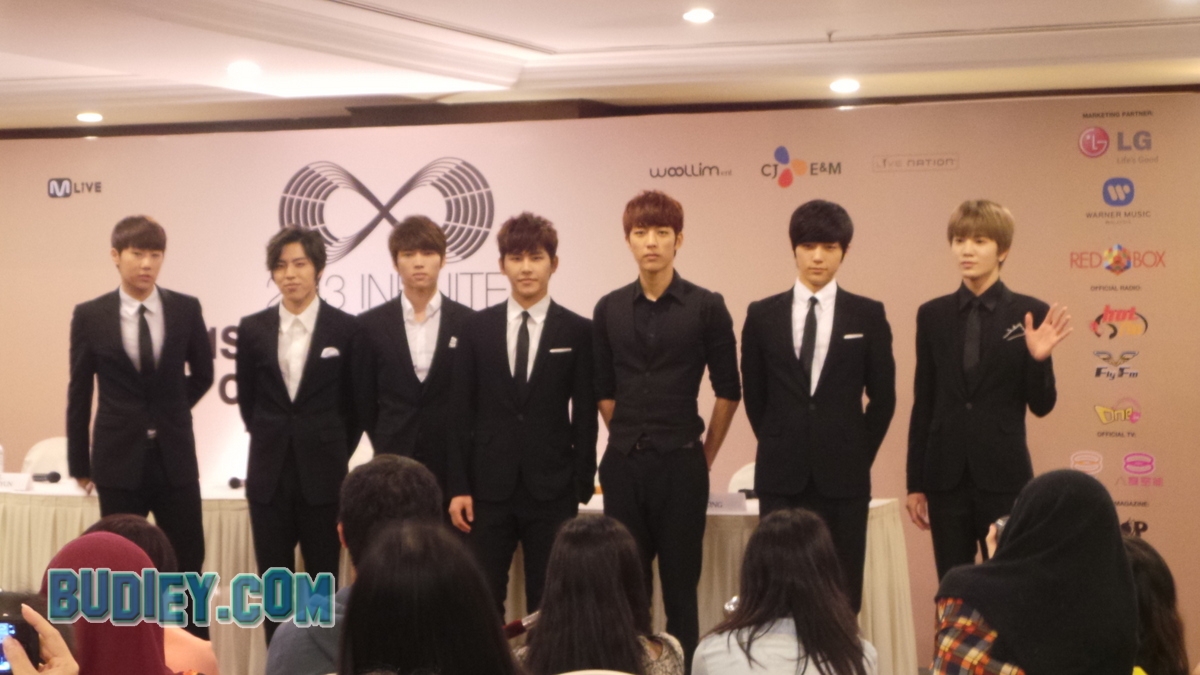 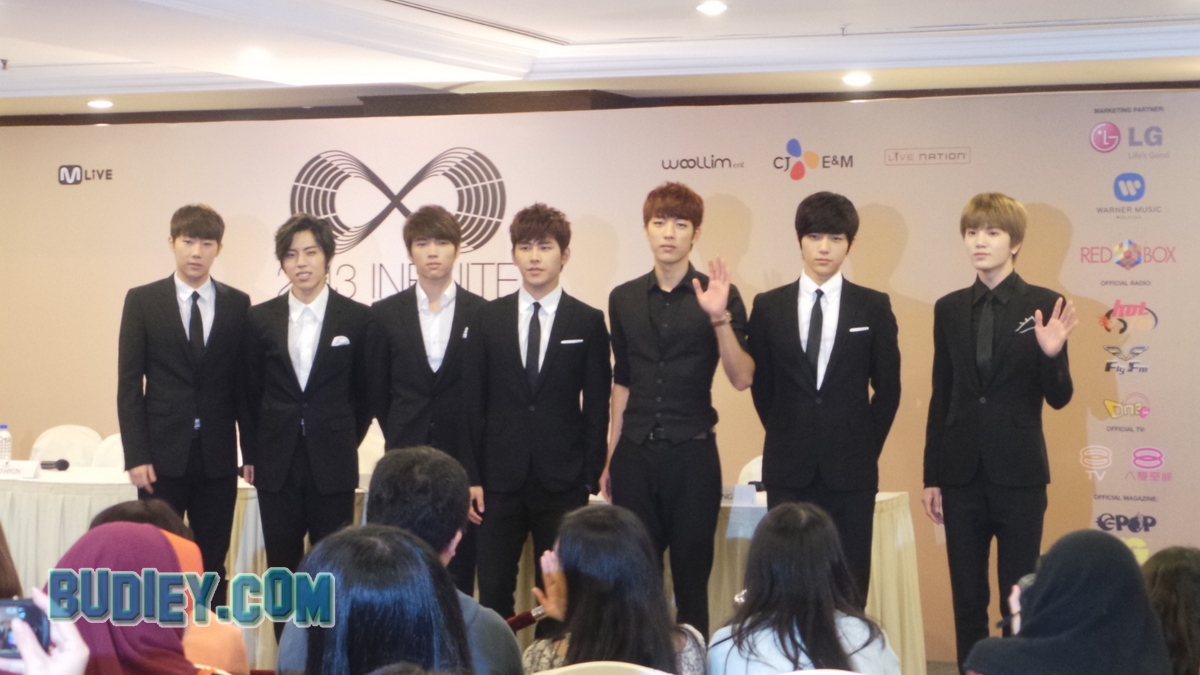 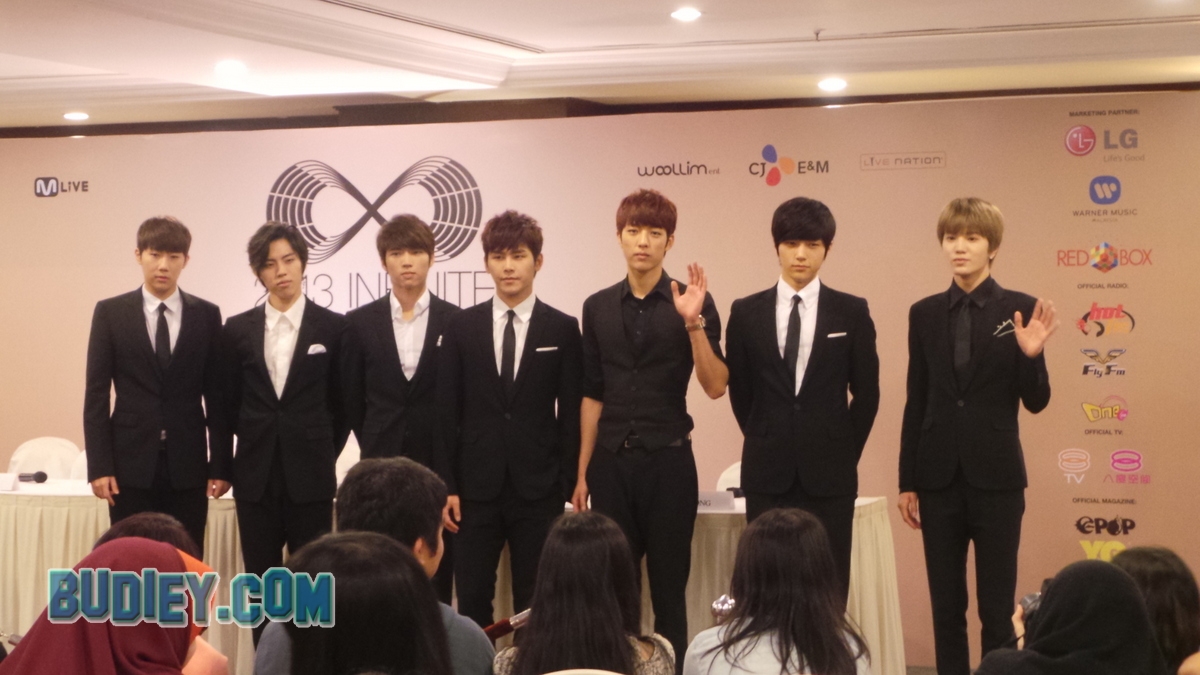 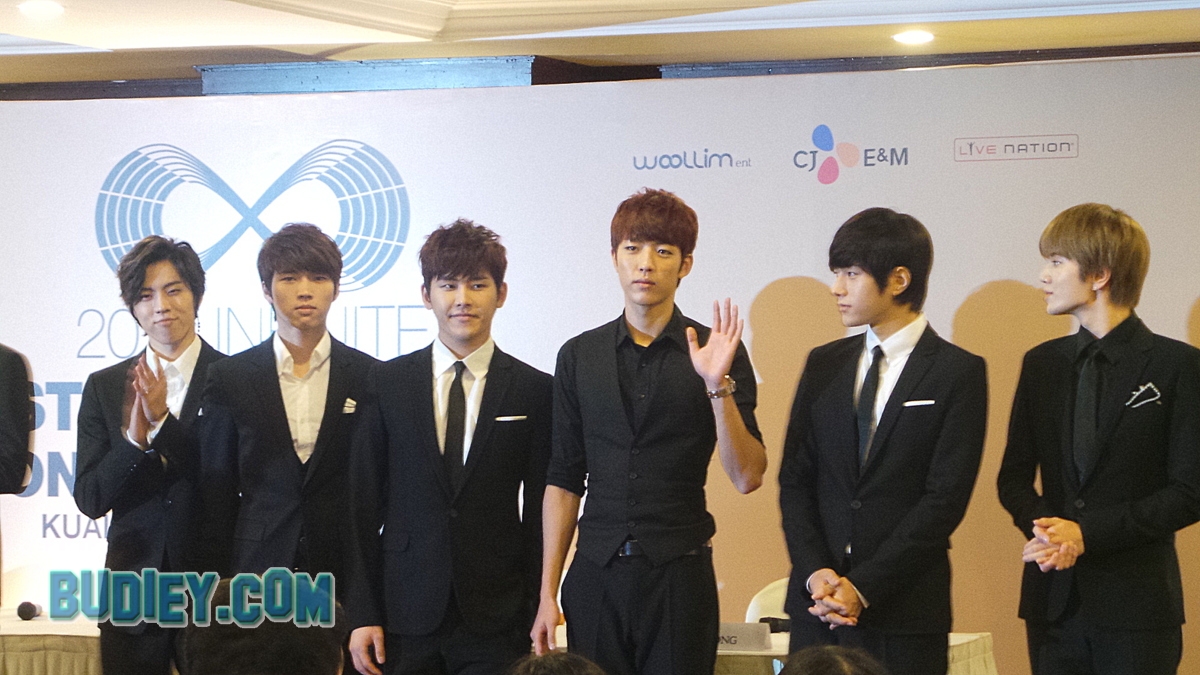 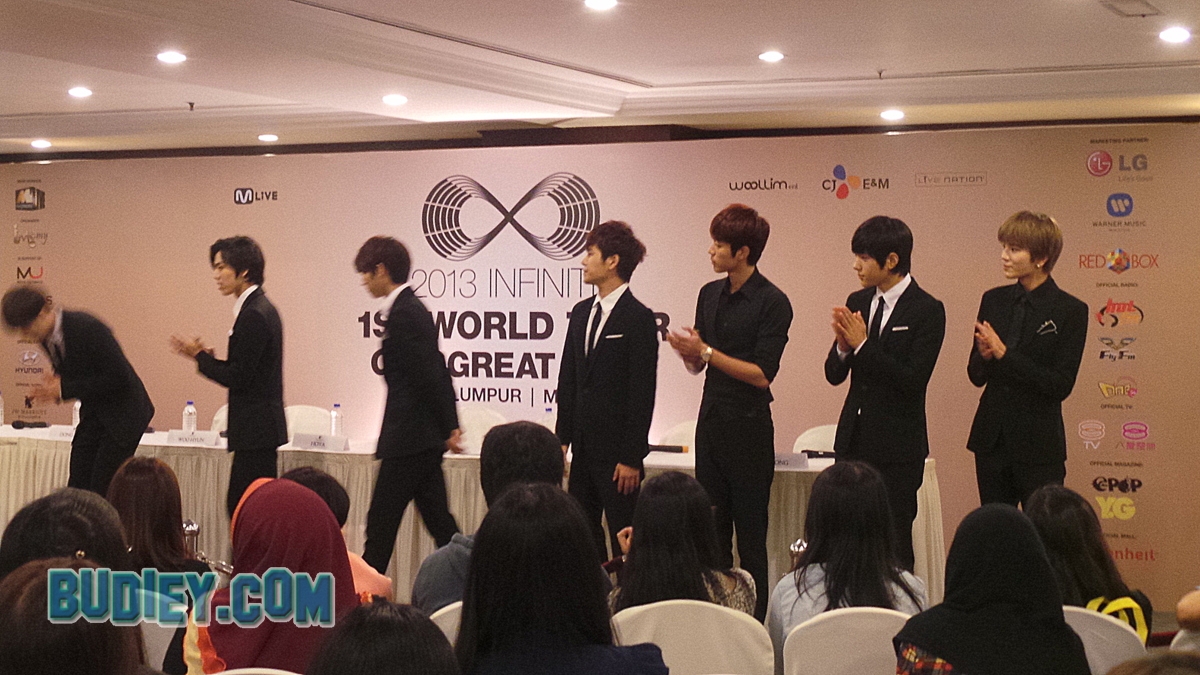 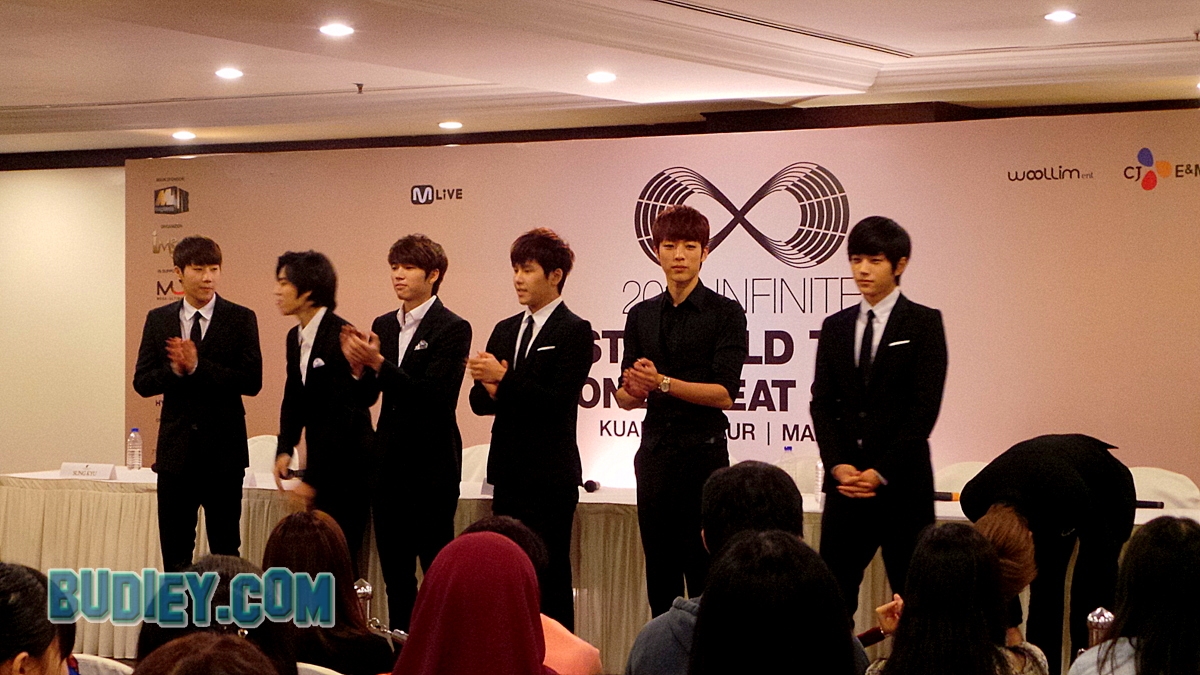 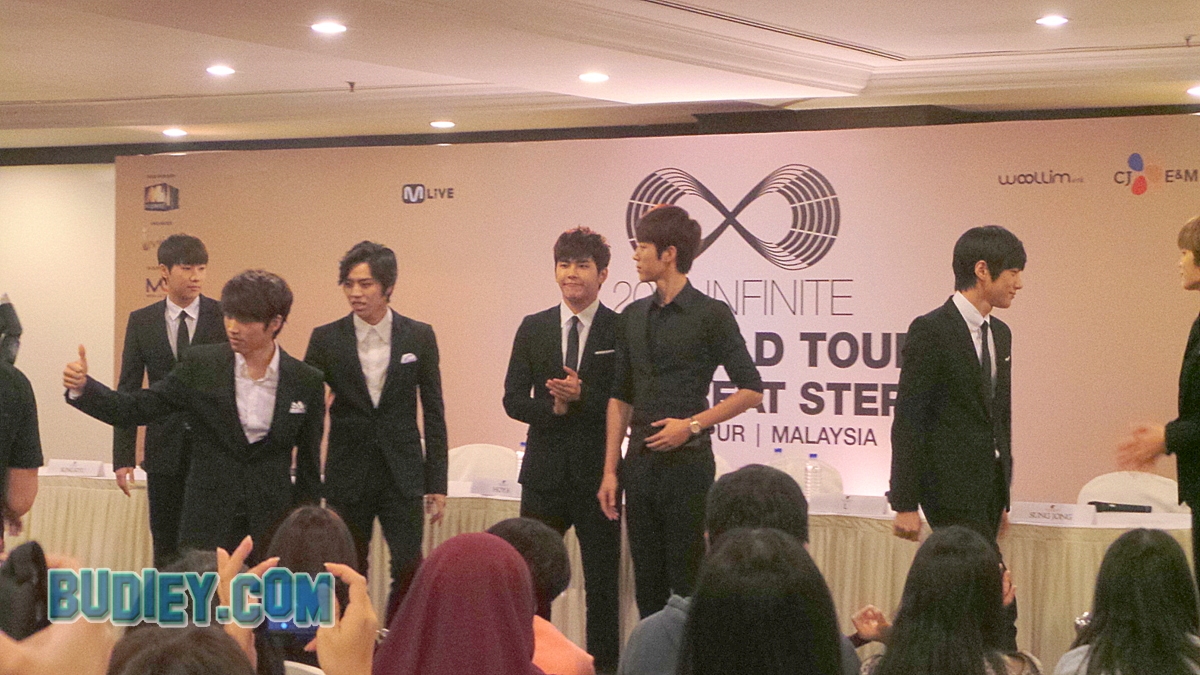 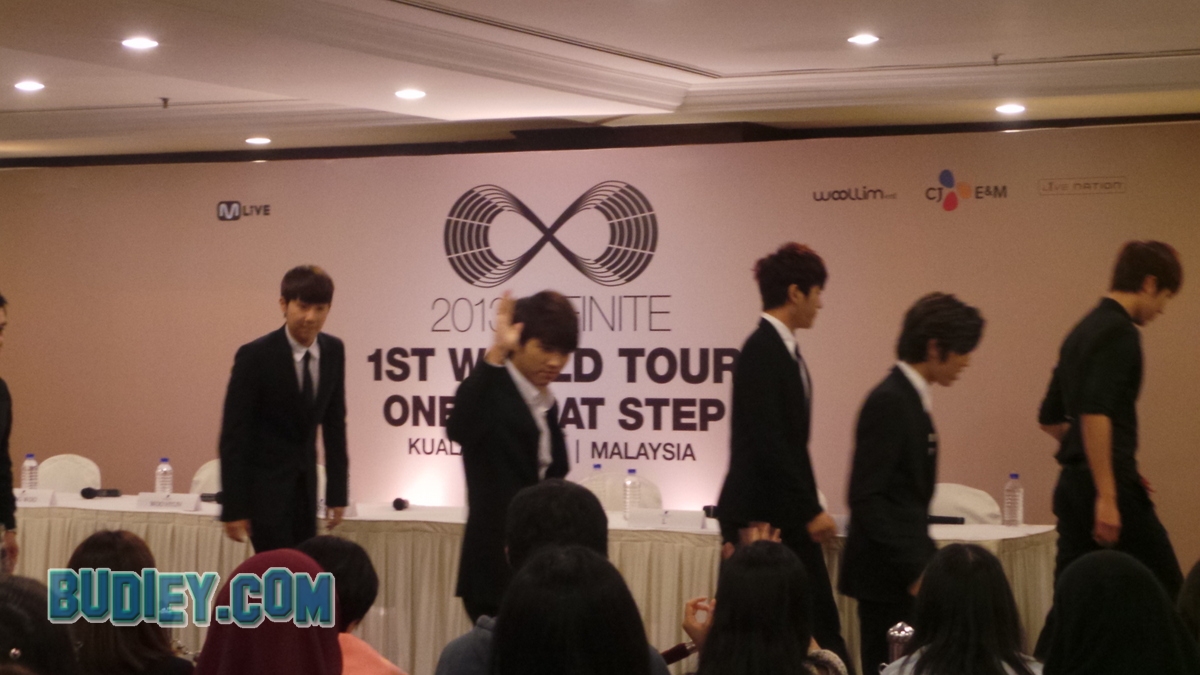